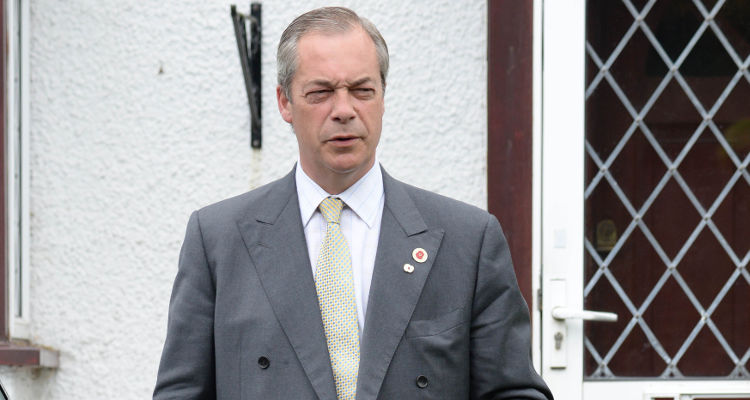 Here are five facts to know about the former leader of the UK Independence Party, Nigel Farage:

#1 He Supported Trump at the Mississippi Rally

In a move that surprised many Americans, Farage joined Donald Trump on stage during his rally in Jackson, Mississippi and spoke about the similarities between Britain’s exit from the European Union and Trump’s campaign to “Make America Great Again.”

Check out the video of Nigel Farage speaking at Donald Trump’s Mississippi rally:

#2 He Was a Staunch Brexit Advocate

Farage made headlines for his advocacy for Britain’s exit from the European Union. Despite being a member of the European Parliament, he became the chief proponent in the successful campaign to leave EU in 2016. Farage was a key figure in the voting that was won by 52%.

#3 He Was the Leader of the UK Independence Party

Farage was the elected head of UK Independence Party (UKIP) from 2006 to 2009 and again from 2010 to 2016. He has been a Member of the European Parliament since 1999, and co-chairs the Europe of Freedom and Direct Democracy group. When he was elected as the leader of the UKIP, he pledged to bring discipline to the party and to maximize UKIP’s representation in local, parliamentary and other elections. However, in 2015 Farage resigned from his position after failing to win the South Thanet seat in the general election. After his resignation, he commented, “During the (Brexit) referendum I said I wanted my country back…now I want my life back.”

#4 He is Famous for His Controversial Speeches

Farage is well-known for his contentious comments against other politicians and leaders. He once referred to former Belgian Prime Minister, Herman Van Rompuy as a “damp rag.” Farage had left Members of the European Parliament (MEP) furious after he remarked, “I don’t want to be rude. But you know, really, you have the charisma of a damp rag and the appearance of a low-grade bank clerk.” Ouch!

More recently, Farage made a speech in the European Parliament insulting his fellow colleagues, proclaiming that “virtually none” of them had “proper jobs” and that the consequences of Europe refusing to trade with the UK after Brexit would be “far more worse for you than it would be for us.” He was heckled and laughed at by the MEPs.

#5 He Has Been Married Twice

Farage married an Irish nurse names Gráinne Hayes in 1988 and had two sons with her; Samuel (27) and Thomas (25). After their divorce in 1997, he married Kirsten Mehr, who is a German. The couple has two daughters, Victoria (16) and Isabelle (11). His wife is his parliamentary secretary and in an interview, he agreed that “nobody else could do that job.” In an interview, Farage acknowledged that his children were often teased and mocked due to their relation to him.