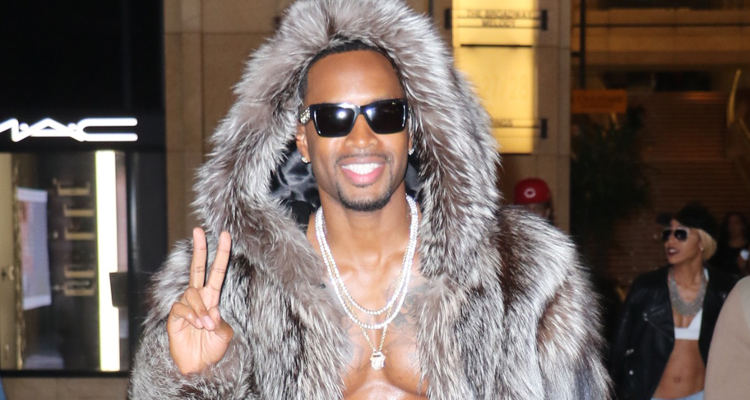 Safaree Lloyd Samuels , who goes by many nicknames such as SB, VVS Beezy, and Scaff Breezy, is estimated to have a net worth of $2 million, which is a paltry amount, as compared to his ex-girlfriend Nicki Minaj’s net worth of $70 million.

The 35-year-old built his fortune by working with Minaj, and his collaborations with other artists have increased his net worth.

Hit the link in bio for #thesafareecollection @opticsbyparker its here for pre-order‼️ Superstar Glasses‼️ portions will go to my ???????? #stunt4jamaica charity which will be supplying computers for schools all across jamaica‼️ ???? @spexphoto tune into @vh1 2nite.. 8pm ???? #stuntgang .. Its labor day but im working

Safaree Samuels and Nicki Minaj were in a long-term relationship and dated for almost 12 years, before splitting up in 2014. The former couple denied rumors of being together for a long time, but confirmed they were together on VH1’s reality show Fabulous Life: Nicki Minaj. Their well-documented breakup was splashed across headlines, because Minaj allegedly chased him out of her house with a baseball bat, and started hitting a Mercedes-Benz that she owned, but had loaned to Samuels.

Im happy to announce #theSafareecollection sunglasses are now available for pre-order on @OpticsByParker Www.OpticsByParker.Com I debuted them at Reggae Sumfest and ppl have been asking about them ever since‼️ i made them very affordable also and discounted for the 1st 100 pair‼️???????? a portion of everything i sell will be going to my #stunt4jamaica charity ‼️???????? thank you @spexphoto For the amazing ???? tune into @vh1 2nite at 8pm #OpticsByParker #stuntgang #respectmygrind

The bitter exes engaged in several Twitter disputes. Nothing was off-limits as Minaj released an album The Pinkprint, based on their relationship, while Samuels released a single called “Lifeline” about Minaj and her new boyfriend, Meek Mill. He even went so far as to claim that he was Minaj’s ghost writer in an interview. In 2015, Samuels went on record to say that he ended the relationship. “I just got to the point where the respect wasn’t there. Everyone around her works for her, you know? So it got the point where it was like, I’m your man. I’m who you go to sleep with every night. I’m who you wake up with every morning. And it got to the point where I was being treated like an employee, instead of like her man.” Ouch!

Samuels is currently rumored to be dating his Love & Hip Hop: Hollywood costar Nikki Muddaris, who quite surprisingly resembles his ex-girlfriend Nicki Minaj in more ways than one.

Samuels was born on July 4, 1981, in Brooklyn, New York. He is of Jamaican ancestry. The talented musician is a rapper and producer, best known for his high-profile relationship and much-publicised break up with rapper Nicki Minaj. He attended Midtown High School, and kick-started his career in rap and hip-hop with the music group The Hoodstars, which featured Nicki Minaj, Lou$tar and 7even Up.

Phone rings ????… Managment says we just got a call a Sex toy company wants to mold your ???? and sell it…me Wtf.. Thats pretty outragoues but.and im dead serious, i cant do that tho.. Wtf .. I gotta leave mystery for my future wife #stuntgAng #stuntboss

Samuels became the producer and hype man for Minaj. He was also the co-executive producer and A & R coordinator for Minaj’s 2012 album Pink Friday: Roman Reloaded. In 2011, Samuels released the video for his song “That’s My Watch” and in 2012, he released a song called “Count It Up.” He has co-written and collaborated with Nicki Minaj on several songs like, “Blow Ya Mind,” “Did It On ‘Em,” “Roman Holiday,” “Roman Revenge,” and “Roman Reloaded.”

After their breakup, Samuels began working on his “Stunt Gang” Imprint. His song, “Can’t Lie,” featuring Olaf, was featured in Billboard magazine in January 2016. He currently appears on VH1 reality TV show Love & Hip Hop: Hollywood. Samuels recently joined as a main cast member of the show’s third season saying, “You know, I’m just rebuilding myself. I put my life on hold long enough so now I’m finally able to focus on myself, and you know show the world what I’m made of and make the best of every situation I’m in, and I’m just trying to let people know I’m my own person.”