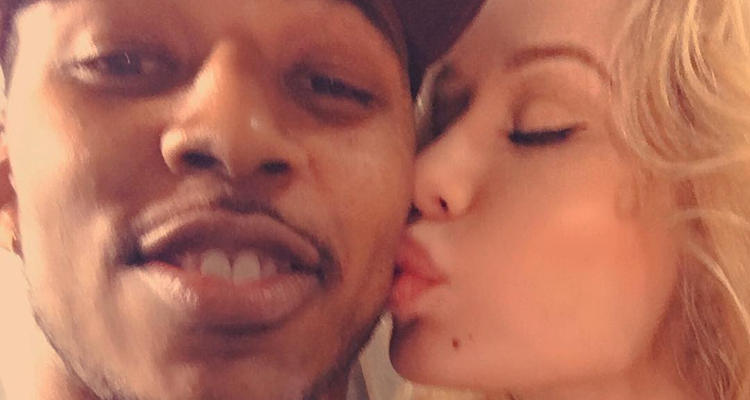 Extingushing the breakup rumors, it’s now officially confirmed that Nick Young and Iggy Azalea are still a couple. Iggy Azalea & Nick Young’s relationship is still going strong, and the rapper has cleared the breakup speculations through Twitter. While Iggy Azalea’s Twitter is currently busy promoting her music from the upcoming album Digital Distortion, the rapper has also added a few tweets about her love life with the Lakers shooting guard.

Reverting back to how many tabloids are covering Iggy Azalea’s relationship with Nick Young as a “hot topic,” the Australian rapper has gone on record to confirm their relationship. In her tweets, Iggy wrote, “For the record, i haven’t broken up with Nick. [sic]” This tells us that they are still together and that she needs privacy when it comes to her personal matters.

For the record, i havent broken up with Nick. We are together and i would love to be given a little (a lot) of privacy on the matter.

Iggy also tweeted about why her relationship with the NBA player is more important than her new music. She tweeted, “…But my job is to promote my music, not my relationship. Id love to be interviewed about the former [music] only. [sic]”

I always answer questions honestly. But my job is to promote my music, not my relationship. Id love to be interviewed about the former only.

While it’s a genuine request from the rapping star that the whole Nick Young & Iggy Azalea relationship be kept off the scanner, some people still want to dig deeper into their love life. Ever since Nick Young’s video of him admitting to cheating on Iggy Azalea went viral, everyone is curious as to why she is still dating the L. A. Lakers player. But, for now, we’re quiet sure that the 25-year-old rapper and her boyfriend are still very much a couple.