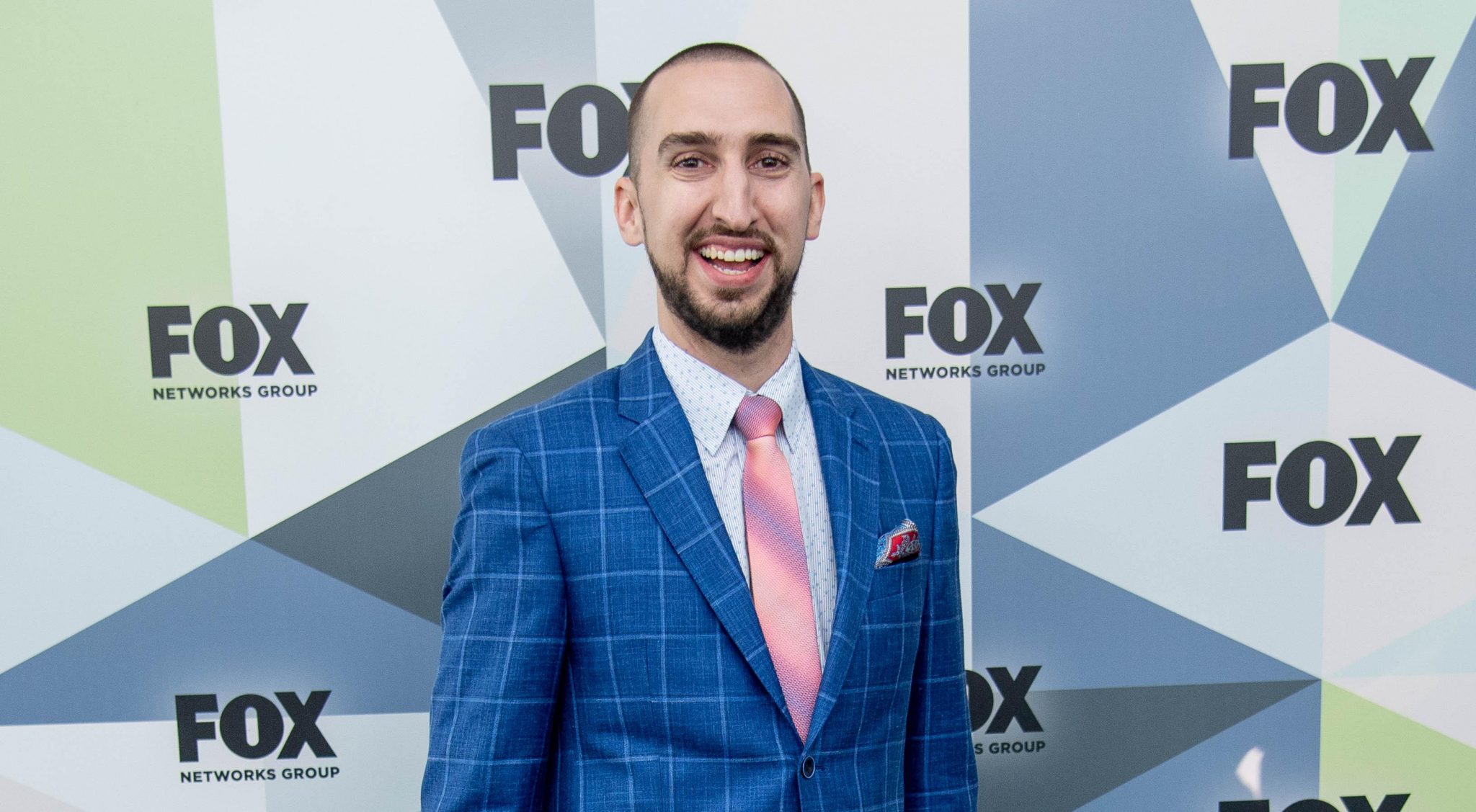 Fox Sports Personality Nick Wright is a former radio host and a famous television personality, who seems to have all the best insight leading up to this year’s NBA finals. After watching and hearing him on FS1’s new morning show First Things First, a lot of people are curious to know more about him.

Nick Wright is known in the sports industry as an informative voice on FoxSports and mainly because of his co-hosting duties on FS1’s First Things First Podcast. The podcast is also hosted by Cris Carter and Jenna Wolfe.

Besides his success in the professional sportscasting front, Wright is also happily married to his beautiful wife, Danielle Wright. The couple has three gorgeous kids together.

Before He Became Famous

Nick Wright was born on October 3, 1984, which makes his age 33. Wright completed his graduation in 2007 from Syracuse University, with major in broadcast journalism.

When he was studying at Syracuse University, Wright hosted several shows for WAER 88.3 FM. He also hosted the “Double Overtime” post-game show.

Not mucht is known about Wright’s personal life, like where he was raised or who his parents are.

According to Wright’s Twitter threads, in 2007, Wright was lost, depressed, and making all the bad choices in his life. This is when Nick met Danielle and asked her out on a date.

On their very first date, Danielle brought her two kids, Damonza, who will be turning 20 on July 13, 2018, and Diorra. Nick was excited to meet Danielle’s kids and they changed his life for good.

Nick married Danielle on April 14, 2013, and adopted Danielle’s kids. Now, the couple raise three kids together. Their newest addition to the family is Deanna, who will be turning five in October 2018. They have been married for five years now and still look madly in love with each other! Currently, Nick lives in New York with his family. It looks like instead of dropping wads of cash on fancy diamond rings, the couple opted to have tattoos put on those special fingers!

Wright is a former radio host and also a television personality. Currently, he is the co-host of First Things First, FS1’s latest morning show which airs weekdays from 6:30 to 9:30 a.m EST. The other hosts of the show are Jenna Wolfe and Cris Carter and the trio have sports fans addicted to their take on the latest sports news each morning!

Wright began his career at Kansas City’s KCSP 610 AM, where he started off as a weekend host. Later on, he became a production assistant and even hosted his own show, which was called What’s Right with Wright.

For four years, Wright worked with Houston’s KILT 610 AM, where he was the host of the morning drive show, In the Loop with Nick and Lopez. Wright gained popularity for discussing social problems, which included topics pertaining to race, within and outside of the context of sports.

An estimate states that a Fox News channel host earns around $64,838 annually. This is an average estimate, so it could be a possibility that Wright earns more than this, given his experience and in-demand persona.

Wright is very much active on Twitter, in fact, he posts a lot of small clips of the games on his account and loves to start conversations and debates about the latest happenings in sports.