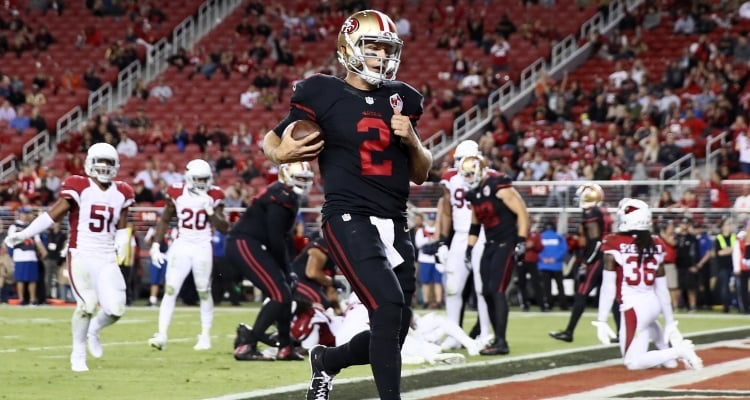 Week 5 of the NFL continues Sunday and fans are excited to see how the games roll out. The first game is between the New England Patriots vs. the Cleveland Browns and it all kicks off Sunday, October 9 at 1:00 p.m. EST. You can stream it live with Game Pass, or watch it on the CBS network. For the full schedule, visit the NFL website.

The Vikings are undefeated after four games thanks to their solid defense.

Jim Schwartz played a big part in securing the Eagles defense. The Lions head coach from 2009-2013 has the chance to beat his former team—so it will be an exciting match to see!

The Broncos have some of the best corners in the league and as they face the Falcons (highest-scoring team in the league) this match will be a real treat for fans. That being said, the injury to Trevor Siemian could be an issue!

In Week 4 the Patriots suffered from losing their star quarterback, Tom Brady on the field. Thankfully, now that the Deflategate scandal is far behind him, Tom Brady is back for Week 5 to battle the Cleveland Browns.

Despite a 34-3 loss to the Eagles in Week 3, they’re still the sixth-highest scoring team. The team’s defense is even more of a threat with offense Le’Veon Bell back on the field.

The highest-scoring team in the league, the Falcons have Matt Ryan and Julio Jones to thank for their excellent performance. Matched against the Denver Broncos, this game will be a treat for fans.

The Packers are matched against the New York Giants for Week 5’s game. According to CBCSports.com fans are hoping the Giants’ Odell Beckam will keep calm and be patient with the young Packers corners, who might try to rile him up.

To avoid a letdown against the San Diego Chargers, they’ll need to bring their best game. Thankfully, they have Derek Carr, who has proven to be an asset to the Raiders. With his four touchdown passes in the final three minutes of game time, the team has been a force to be reckoned with over the past two seasons.

Thursday, the team sent rookie cornerback, Maurice Canady to injured reserve due to a hamstring injury in Sunday’s Week 4 loss against the Raiders. According to Forbes,the Ravens must gain more respect and beat a solid team in order to rebuild their reputation.