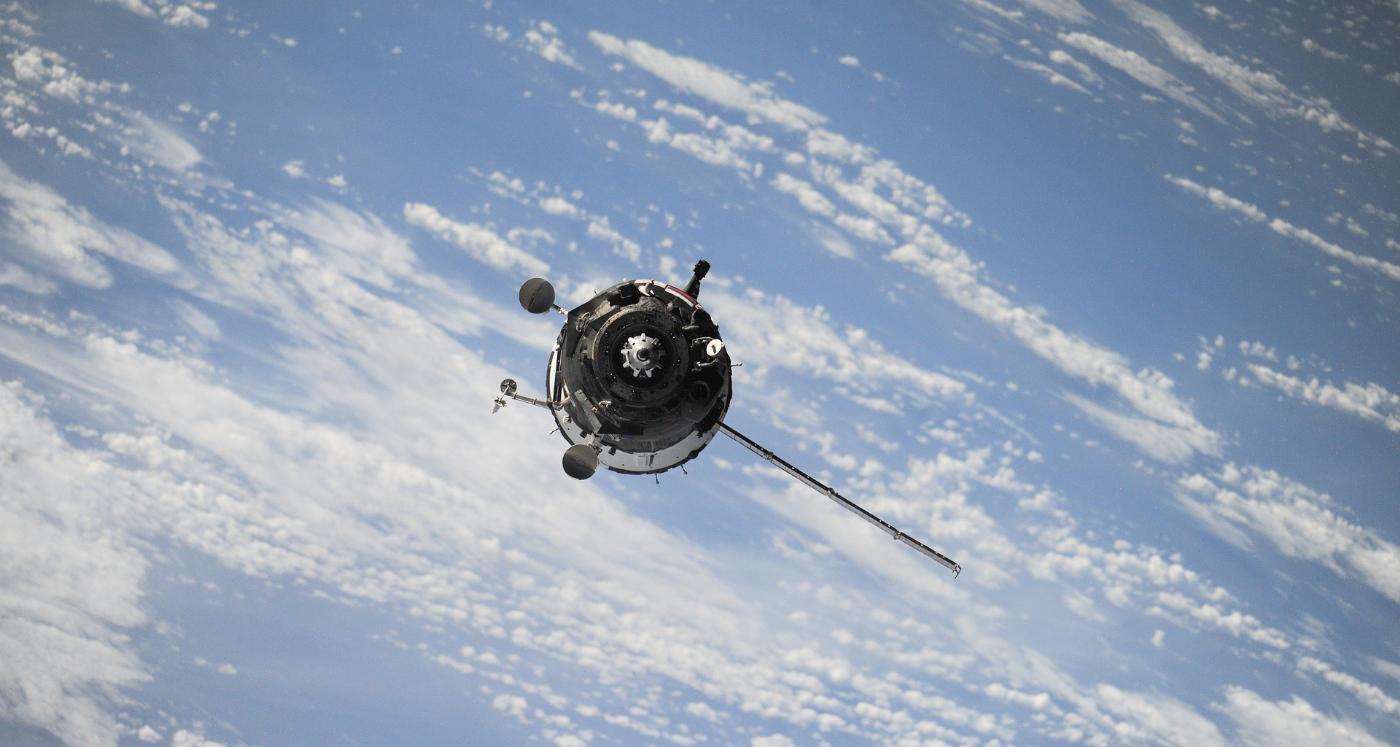 Netflix has been piling it on in its science fiction category hoping something would work, but it hasn’t got much critical success so far. Their latest original sci-fi offering is the Spanish flick, Orbiter 9. The movie brings romance to space, an unlikely combination. But did the makers of the film succeed in their feat?

When you think of romance, science fiction usually isn’t the first thing that comes to mind. However, writer and director Hatem Khraiche does an incredible job of taking us on a journey of love through the hearts of two complete strangers.

But after watching the film, many are curious to have the Orbiter 9 ending explained. Look no further, because we’ve explained the workings of Netflix’s Orbiter 9 here.

Orbiter 9, which was released in Spain in 2017, is in Spanish. But Netflix gives you the luxury of subtitles.

The compelling film revolves around a young woman named Helena (Clara Lago), who has spent every waking moment of her life in a spacecraft. She’s all alone because her “parents” sacrificed themselves when she was a child so that Helena would have more oxygen on the ship.

Helena’s spaceship is on its way to Celeste, a distant planet, because Earth is dead, and humans are looking for a new planetary home. So, she spends her life isolated in the dreary capsule doing cardio and wondering about human contact.

Fortunately, her ship needs maintenance. So, in comes hunky Alex (Álex González from X-Men: First Class), an engineer who fixes her ship. They fall in love, and he leaves the next day.

But here’s the kicker.

Helena isn’t in space at all!

When Alex steps out of the spacecraft, we find out that they are actually still on Earth! Helena has spent her life since she was a baby in one of 10 underground vessels called Orbiters.

Earth isn’t dead, but it’s dying. And humanity’s only hope is Celeste.

Scientists and the government have been preparing a gigantic project to get humans on Celeste. They are using human guinea pigs to test out the viability of mankind’s survival on the new planet.

Helena is part of a group of “biowitnesses” who have spent a life of solitude in Orbiters and don’t know it at all. She believes that she has been floating in space in preparation to colonize a new planet.

Neither she nor Alex (or Alex’s bosses) counted on her falling in love. So, after a push from his virtual wolf therapist, Alex breaks Helena out of her prison.

Helena experiences human habitat for the first time in her life. That includes trendy clothes, an aquarium, and even Coca-Cola.

Of course, the big bad scientists are on their tail to get their “biowitness” back. This means that Helena and Alex are on the run from the scientists.

For his directorial debut, Hatem Khraiche does a fine job bringing together romance and sci-fi, two extremely strong genres independently. However, some may argue that the film was a bit slow and difficult to understand (not only because of the subtitles).

Orbiter 9 is a romance flick at heart, and the director is counting on the setting to bring in a Space Odyssey feel. The long pauses, the dragging silence, and heavy background score only weigh down what is otherwise a hard-hitting plot.

Most of Netflix’s audience is bound to compare this movie to glossier sci-fi movies like Passengers.

Call it unfair, but Orbiter 9 borrows established Hollywood tropes of a guy rebelling against the norm to rescue the isolated beauty. And what follows is a typical rote chase scene.

However, it’s redeemed by a few twists and turns. Like when Helena discovers Alex was working with the same people who used her as a guinea pig, or when Alex’s therapist dies trying to protect him and Helena. There’s even a scene where Helena reunites with her parents, only to realize they are not her parents at all!

But the biggest plot twist is when Helena (and all of us) discover that she’s a clone!

Orbiter 9 can be interpreted in many ways. But the running theory on social media is that the movie is a social commentary on exploitation.

Human experiments are a longstanding contentious argument. And Orbiter 9 revives the old argument of whether or not it’s worth sacrificing one person to save millions.

Finding out that Helena is actually a “clone” may or may not change the debate. Then again, we humans are a complicated lot.

Although Helena wasn’t physically tortured, she was deprived of a normal life without her knowledge. And when she does get a taste of the world outside, she refuses to be treated like a guinea pig any longer. That is, until she realizes that it’s pointless.

There are many high points in Orbiter 9, but the ending had us all scratching our heads. And we get some revelations driving the plot.

For starters, Helena is a clone created only for a life within an Orbiter. Her physical constitution can’t adapt to the outside atmosphere. This means that she’s going to die if she’s not back in the Orbiter.

If only it were that easy!

Helena lets herself get caught, hoping the baddies won’t kill Alex. But her Orbiter was disconnected, and the facility has no intention of spending millions of bucks to restart it.

So, why would they want to capture Helena when they won’t resume the experiment?

Once again, human experimentation is a polarizing issue.

The government will go above and beyond to keep it a secret. (Now that’s the kind of thing you’d expect in a sci-fi flick!)

Now that they’ve got Helena back, the scientists are ready to give her a painless death. That is, until Alex literally barges in and drops the baby bomb!

It turns out that Helena is pregnant! Now, the scientists can’t resist the temptation of this new scientific development they have to study.

So, Helena is back in the Orbiter. But this time, she’s with Alex and their unborn baby.

Towards the end, Helena puts forth a condition. However, the movie chooses not to elaborate on what it is.

Instead, the film jumps forward in time to a teenage girl stepping out of Orbiter 9. The scientists are old now, and there are sounds of engines in the sky.

The movie ends with the girl looking back at another figure that steps out of the Orbiter.

There are many theories on this ending on social media, the most common being that girl is Helena and Alex’s daughter.

Earlier in the movie, Alex mentioned that the space mission to Celeste would get off the ground in another 15 to 20 years.

Considering the girl looks about that age and there are unseen spacecrafts heard in the sky, it seems the experiment was successful. Perhaps humans were on their way to Celeste by then.

We never heard of Helena’s condition, and she doesn’t reappear from the Orbiter.

The Twitterverse theorizes that she wanted her daughter to be free once the mission succeeds. It could also be that her daughter was well aware of the experiment, unlike Helena was.

But where are Helena and Alex?

Judging from the silhouette of the figure at the end of the film, the girl might be looking at Alex as he steps out of the Orbiter.

Helena might still be inside because she can’t survive in the outside world.

Some theorize that she might have already been transported to Celeste where she’s waiting for Alex and their daughter. It sounds farfetched, but that’s the beauty of an open ending.

The movie may have concluded on a cryptic note. But hey, not every great romance has to have a tragic end, even in sci-fi!

Orbiter 9 is available on Netflix now. You can check out the trailer below to get an idea of what you’re in for!