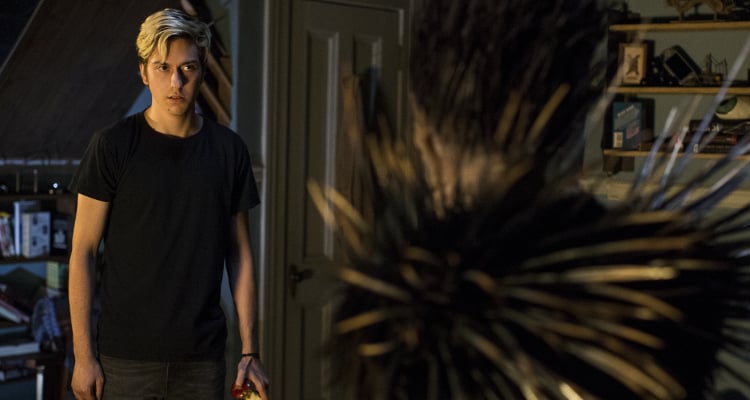 Fans of the anime series Death Note, prepare yourselves for Netflix’s film adaptation! When is Death Note coming out? We have everything you need to know about Death Note‘s Netflix release date.

Netflix has released and produced countless TV shows and films and now, the streaming giant will bring back one a popular anime show as a movie. Thanks to Netflix, Death Note will be revived —as a film! The Death Note film is directed by Adam Wingard based on the manga series created by Takeshi Obata and Tsugumi Ohba. Though there will be differences (Netflix’s adaptation has American actors playing the Japanese characters from the original), lots of fans are optimistic.

????????Death Note Film Opinion???????? * With the film coming out Friday, I’ve been thinking a lot lately on people’s reasonings for not wanting to watch the death Note Netflix film. I think people’s reasons, such as whitewashing and it not being completely accurate, are understandable and legitime, but we have to take in consideration that this film is taking place not only in a different setting (Seattle) but in a different time. Depending on how you feel, that could be a whole other issue in order, but Plus, if you take a better look at the casting list, it isn’t completely whitewashed. L is being played by an African American and Watari is being played by someone of Asian descent. And that’s awesome! And here is why; Casting a black L shows how much of a diverse place that the United States really is. With everything that is going on in the United States between white supremacists and racism, I think it really makes a statement. I admit to not being happy at first with this film being made, but the more I think about it, I think fellow Death Note fans should really try and look at this with an open mind and be excited for a new perspective on the story. So I’m gonna suck up my pride in being annoyed we don’t have an Asian Light, L and Misa (and no Rem, Mello, Near…????) and get excited for this film, and I hope others can get excited to. Just think about how awesome Ryuk will be!!! * Also, please feel free to discuss with my your opinions as well. I love talking to you guys and I think it’s important for you all to feel able to express your likes and dislikes as well. ❤️❤️ ~#~ #deathnote #llawliet #lightyagami #ryuk #deathnotenetflix #natwolff #keithstanfield

Months after the first trailer’s release, excited fans have been waiting for Death Note‘s Netflix release date! When is Death Note coming out? Luckily, the wait is almost over as the movie will drop this Friday, August 25, on Netflix. A great start to the weekend if we say so ourselves! Make sure your subscription is renewed because you definitely don’t want to miss out!

For those who are unfamiliar with the anime or manga series, Death Note follows the story of a student named Light Turner (Nat Wolff), who comes across a mystical book, Death Note. Whenever a name is written in the black journal, that person dies. The owner of the Death Note can also write down the circumstances of the person’s death.

Light adopts the moniker “Kira,” and uses Death Note to kill criminals. This draws the attention of the public as well as the police. However, a detective named Lakieth Stanfield becomes suspicious and works to take Kira down.

The cast of Death Note includes Nat Wolff, Keith Stanfield, Paul Nakauchi, Margaret Qualley, Shea Whigham, Masi Oka, and Willem Dafoe. The anime’s creators, Ohba and Obata, are said to have enjoyed the movie and even stated that the ending was surprising —in a good way. “Thanks to the beautiful imagery and the thrilling direction by Adam Wingard, the movie is magnificent A-level thriller masterpiece. The characters are all faithful to satisfying their desires. I’ve always wanted to write a Death Note like this, as well. Through Netflix, it will reach a global audience, so I hope that the people around the world who didn’t know about Death Note will get a chance to discover and enjoy it,” they said.

Before Death Note‘s release on August 25, take a look at the trailer below: