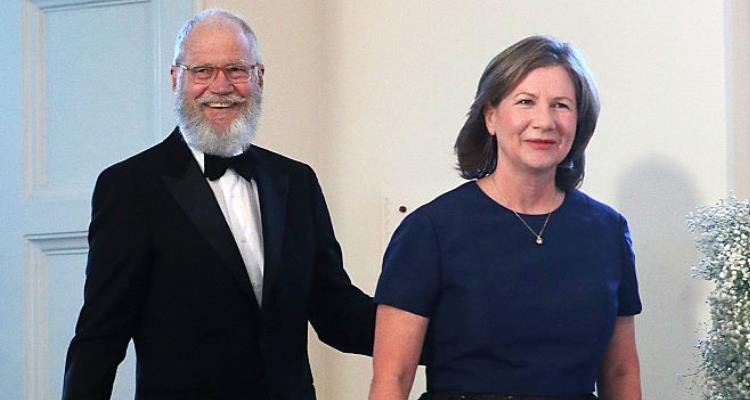 While we have always loved David Letterman, we must admit, we’ve always kind of wondered what woman could put up with his antics. Especially now that he’s grown that Santa beard! As it turns out, the woman who ended up marrying Letterman has been his partner since 1986. Regina Lasko and David Letterman’s marriage withstood his sex scandal. Our Regina Lasko wiki looks at this couple’s long marriage.

He Broke Up with His Girlfriend to Date Regina Lasko

Born on November 20, 1960, Regina Lasko’s age is 58. Taking a page out of her husband’s playbook, Lasko has kept much of her personal life private.

Letterman got married to his college sweetheart, Michelle Cook, on July 2, 1968. But their marriage ended in divorce in 1977.

He would go on to date Merrill Markoe, who had served as a writer on Late Night with David Letterman. Markoe was Letterman’s writing partner, and she redefined his comedy style.

But their famous personal and professional relationship didn’t last long.

In February 1986, Letterman began dating Lasko while he was still sharing a house with Markoe. Eventually, Letterman came clean to Markoe. The two split up, and Lasko became his girlfriend.

Lasko and Letterman were together for over two decades and it didn’t seem like the couple would ever get hitched. But on March 19, 2009, the couple quietly got married in a small ceremony.

He announced his marriage on Late Night with David Letterman, while congratulating Bruce Willis on his marriage to Emma Heming. Willis had married a couple of days after Letterman.

Letterman had joked, “I had avoided getting married pretty good for, like, 23 years, and I — honestly, whether this happened or not — I secretly felt that men who were married admired me … like I was the last of the real gunslingers, you know what I’m saying?”

The wedding wasn’t without a hitch though.

On the way to the courthouse for their civil ceremony, the family’s truck got stuck in the mud. He had to walk “two miles back to the house in 50 mph wind. It’s not Beverly Hills — it’s Montana. And the whole way, I’m thinking, ‘See … you try to get married and this is what happens.’”

Nonetheless he braved the elements to finally tie the knot with Lasko with their little son in attendance.

Lasko is a production manager and was the unit manager of the sixth and seventh anniversary specials of Late Night with David Letterman. She also held a similar position with the hit soap opera, Another World and Bruce Willis’ 1989 episode of SNL.

She hasn’t worked behind the scenes of a show since 1991. However, she has had a few sporadic appearances on TV as David Letterman’s wife.

There Was a Plot to Kidnap Their Son

Lasko has dedicated herself to being a mother to their young boy instead. David Letterman and Regina Lasko’s son is named Harry Joseph Letterman, who was born on November 3, 2003. Harry was named after his paternal grandfather.

In 2003, police thwarted a man’s plot to kidnap young Harry and hold him for a $5.0 million ransom. The mastermind, Kelly Frank, was a house painter that had once worked for Letterman.

Frank was later charged and convicted of plotting the kidnapping.

Lasko and Letterman’s relationship has had its fair share of bumps, and it’s admirable that they’ve stuck together nonetheless. She had to initially endure Letterman getting stalked by Margaret Mary Ray, a woman who suffered from schizophrenia.

Then, on September 9, 2009, a few months after Lasko and Letterman had gotten married, a package was left on Letterman’s car demanding $2.0 million. The blackmailer threatened to reveal Letterman’s affairs with former female staff members of his shows to the public.

Letterman approached the Manhattan District Attorney’s office to handle the extortion plot. He ended up participating in a sting operation that resulted in the culprit’s arrest.

But the comedian admitted on his show that Lasko had been “horribly hurt” by the revelation of his affairs. He apologized to her on air and admitted he’s got a long way to go to repair their relationship.

“When something happens like that, if you hurt a person and it’s your responsibility, you try to fix it. And at that point, there’s only two things that can happen: either you’re going to make some progress and get it fixed, or you’re going to fall short and perhaps not get it fixed,” Letterman said during his monologue.

David Letterman must have stayed true to his word because the couple is still going strong today.