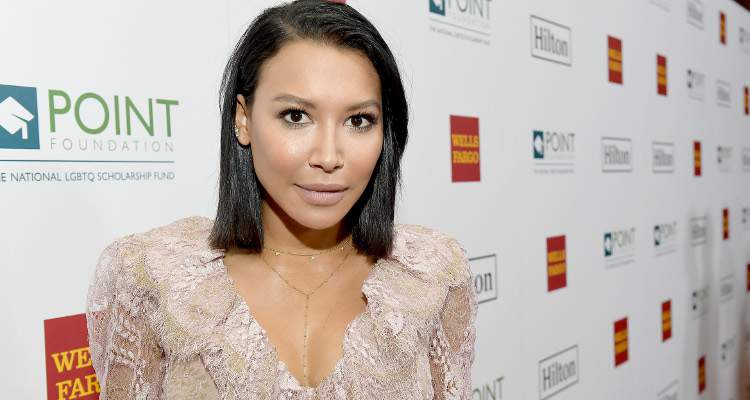 The troubles keep piling for Naya Rivera. After reconciling with her husband, Ryan Dorsey, she was arrested for allegedly hitting him! Now, Naya Rivera has refiled for divorce. Could the divorce be pricey for Naya Rivera who has a net worth of $5.0 million in 2017? People are already wondering about her finances and how a possible split could affect her!

She may have experienced Santana’s rocky love life on Glee but Naya Rivera’s real-life romance has more highs and lows than her fictional one! After filing for divorce from Ryan Dorsey, she took back her lawsuit, got arrested for domestic battery, and refiled for divorce. Court documents reveal she has requested that neither parties be made to pay spousal support. Her net worth is estimated at $5.0 million. Could the divorce put a dent in her millions? Here’s a breakdown of Naya Rivera’s net worth.

There’s no doubt that Naya Rivera’s $5.0 million net worth is thanks to playing the antagonistic yet amazing cheerleader, Santana Lopez on Glee. But she has a much more diverse resume that she built even before the Fox musical hit.

The California native has Puerto Rican, African-American and German heritage. Her mother, Yolanda Rivera, was a former model, and her younger brother, Mychal plays in the NFL.

Even before she was a year old, Naya’s entertainment career began when her mother’s talent agent represented her, too. As a baby, she appeared in commercials for Kmart but her big break came at the age of 4, when she appeared in the sitcom, The Royal Family on CBS. The series ended abruptly after its main star, Redd Foxx passed away, but it was critically acclaimed and Rivera received a Young Artist Award nomination for her role.

She took on minor roles in shows like The Fresh Prince of Bel-Air, Family Matters, Baywatch, Smart Guy, House Blend, and The Master of Disguise. It led to longer stints on The Bernie Mac Show, 8 Simple Rules, and CSI: Miami.

She had moved to Los Angeles to pursue modeling and acting while building her resume. She toured nationally as part of Mark E. Swinton’s play, U Don’t Know Me: The Musical, appeared in a B2K music video, and even auditioned for American Idol before being cut in the first round.

Acting offers weren’t always steady and Rivera took up other jobs between auditions and roles. She worked as a telemarketer, a nanny, and a greeter at an Abercrombie & Fitch store. But she has since come a long way professionally, particularly since being cast on Glee.

She had been a fan of series creator, Ryan Murphy’s Nip/ Tuck and was excited about the show. She drew from her own experience as an unpopular high school student and referenced the classic Mean Girls to pull out her inner Regina George.

Her salary on the show is not known but it’s an open fact that the cast of Glee each made a pretty penny on the show. Some of the cast members were among the highest paid TV actors during the show’s run.

Rivera gained more visibility when she was promoted to a series regular. Santana’s romantic storyline with Brittany and coming to terms with her sexuality earned critical acclaim for Rivera.

She may have had an ongoing feud with Lea Michele, but the stars rival each other in terms of wealth, too. The following table illustrates how Rivera compares to her fellow Glee club members.

On Glee, the 30-year-old proved she had a set of pipes that the folks at American Idol failed to notice. She performed the song she sang at AI, “Emotions” by the Bee Gees, for her Glee audition and got the part. Interestingly, her fellow Glee castmate, Amber Riley also failed at her AI audition.

Her musical aspirations got a push and she signed a deal with Columbia Records in 2011 to produce a solo album. She started first by collaborating with 2Cellos for a cover of Muse’s “Supermassive Black Hole.” She then dropped her debut single, “Sorry” featuring her ex, Big Sean.

Just as her music career was taking off, production on her album halted. Rivera claimed “politics” got in the way of her debut album. Her solo album was never produced as Columbia dropped her from their roster.

It was reported that the label dropped her because her single had underperformed. Rivera denied she was no longer an artist under Colombia while the label declined to comment. Nevertheless, she wasn’t listed on the official roster of Colombia’s artists though she was the first Glee cast member to secure a solo record deal.

Undeterred, Rivera made her feature film debut with the 2014 horror flick, At the Devil’s Door. Though the movie got mixed reviews, Rivera’s acting was lauded. She later joined the cast of Devious Maids and released her tell-all memoir, Sorry, Not Sorry.

While most of the Glee cast have struggled to get their solo ventures going, Rivera is doing just fine for herself. With all the money she makes, it’s a given she’s splurged on a few pricey properties.

Not long ago, she sold her Beverly Hills residence for $1.93 million, earning almost half of million in profit from when she bought it. Even before the house sold, she had already dropped $2.6 million on a neo-colonial home in Los Angeles.

Rivera made great strides professionally but her personal life was crumbling. In her memoir, she wrote that her engagement ended because Big Sean cheated on her with Ariana Grande.

Three months after her engagement ended, she married fellow actor and longtime friend, Ryan Dorsey. She mentioned in her book that they had dated before and broke so she could focus on her career. Reportedly, when she learned she had become pregnant after their relationship ended, she got an abortion.

They reconnected when he consoled her over her broken engagement. A year after their wedding in the Mexican getaway of Cabo San Lucas, their son, Josey Dorsey was born. But after two years together, Rivera filed for divorce and sought primary custody of their son in 2016.

Almost a year later, the couple attempted to work things out and got back together in October. However, Rivera was arrested last month for striking Dorsey and charged with domestic battery. A week after her release, it was revealed that she refiled for divorce.

In her court documents dated before her arrest, she requested joint custody of their son and asked the court to terminate both their abilities to pay spousal support. It appears that Naya neither wants to make Dorsey pay up nor is she interested in paying.