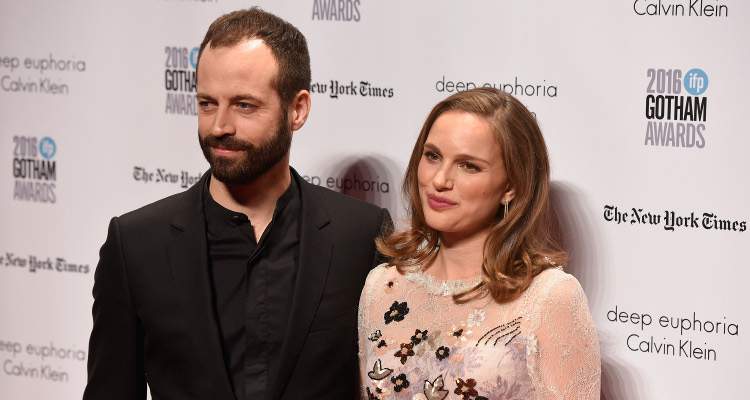 Natalie Portman is busy with the crusade against sexual harassment in Hollywood. And, she absolutely rocked on Saturday Night Live the other night.

Portman has great acting talent, is an amazing mom, and always looks fabulous. We could go on and on about her, but we think that her husband deserves the spotlight, too. So, get the lowdown on him right here!

He Could Dance Circles Around You

Benjamin Millepied hails from France and is famous all over the world as a dancer and choreographer. He is the youngest of three sons born to Catherine Flori, a former modern dancer, and Denys Millepied, a former decathlete.

Millepied’s mom began his ballet training when he was eight. He studied under Marie-France Dieulevin and Michael Rahn at the Conservatoire de Lyon at the age of 13, until he was 16 years old.

In 1992, Millepied attended summer classes at the School of American Ballet in New York City. He went on to study there full-time the following year after receiving the “Bourse Lavoisier,” a scholarship awarded to him by the French ministry.

Benjamin Millepied joined New York City Ballet in 1995. He was promoted to soloist in 1998, and by 2002, he became the principal dancer.

He also choreographed for City Ballet, American Ballet Theatre, the School of American Ballet, the Metropolitan Opera, the Paris Opera Ballet, Ballet de Genève, and his own company, Danses Concertantes.

In 2011, he retired from the New York City Ballet. He headed to Hollywood and founded the L.A. Dance Project, which set up permanent residency at the Los Angeles Theater Center.

The choreographer had roles in Barbie in the Nutcracker and Barbie of Swan Lake. He also choreographed Natalie Portman and Mila Kunis in Darren Aronofsky’s Black Swan, in which he also starred.

Millepied also had a role in the 2011 short film, Time Doesn’t Stand Still, and he sat in the director’s chair for numerous short films. His most recent project was choreographing fashion label Rag & Bone’s short dance film, Why We Can’t Get Along. He was also a guest judge on So You Think You Can Dance.

After spending most of his professional life in the United States, Millepied was more American than French. So, when he was appointed as the director of the Paris Opera Ballet, he was treated as an outsider. With resistance from within the company, he left the job within 18 months to focus on the L.A. Dance Project.

The 40-year-old’s contributions to dance have earned him several accolades. He received the Prix de Lausanne in 1994 and was awarded the Mae L. Wien Award for Outstanding Promise the following year.

In 2010, the French Ministry of Culture made Millepied Chevalier in the Order of Arts and Letters.

Millepied both choreographed and appeared in 2010’s Black Swan starring Natalie Portman. They dated after meeting on the movie’s set in early 2009.

Portman went on to win an Oscar for her role and thanked Millepied in her speech.

“My beautiful love, Benjamin Millepied, who choreographed the film and has now given me my most important role of my life,” said Portman.

Millepied was Portman’s date at all the awards ceremonies that year. It wasn’t long before the actress announced she was pregnant and expecting their first child together.

Aleph Portman-Millepied was born in 2011. A year later, the couple tied the knot in a hush-hush ceremony.

In February 2017, Portman and Millepied welcomed their second child, a girl named Amalia Millepied. However, this golden couple had its fair share of troubles.

Millepied faced controversy when he reportedly left his girlfriend for Portman. He was dating ABT dancer Isabella Boylston when he filmed Black Swan. He became somewhat of a villain in the ballet world when he ended their relationship to be with the actress.

The choreographer’s popularity further declined when ABT dancer Sarah Lane, who was Portman’s dance double in the movie and apparently a friend of Boylston, raised issues with Millepied.

Lane contended that her role was not properly acknowledged in the movie. However, Millepied argued that “85% of that movie is Natalie.” Her claims had no buyers, and Millepied moved on from the controversy.

Benjamin Millepied now focuses on the L.A. Dance Project and his children.