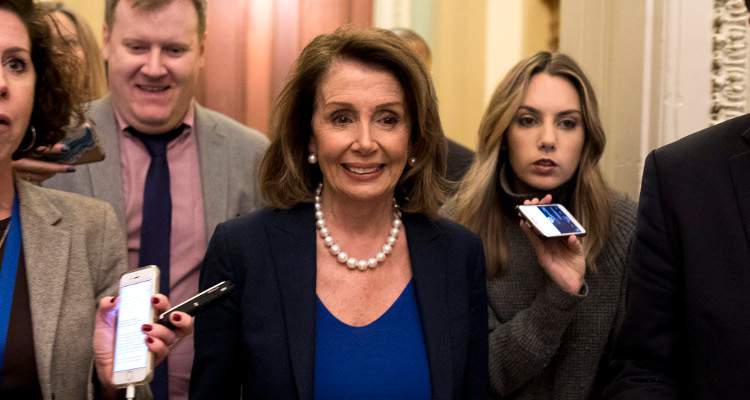 Minority leader, Nancy Pelosi came prepared to the Capitol Building and warned her caucus not intervene in the address. The Democrats were asked by Pelosi to stay for the entire address and focus on the President and (as she referred to him) “his slobbering self.” The comment has caused her to trend today, after many were pleasantly shocked with Trump’s speech! People are looking to learn more about her and are searching for information on her wealth and personal life. Nancy Pelosi’s net worth in 2018 is estimated at a cool $120.0 million, and we have details of how she earned it.

Nancy Pelosi has come into the limelight (although she wasn’t looking for it) after her party was almost invisible during the SOTU address. The group swiftly zipped towards the exit after it was done, proving the minority leader and her party were not looking to be the cause of any disruptions at the event.

With power comes money, and Nancy Pelosi earned herself a pretty penny! She has been in politics for more than four decades now, always as a Democrat.

Nancy Pelosi’s father, Thomas D’Alesandro Jr., was a congressman for the Democratic Party in Maryland. He then served as Mayor of Baltimore.

Pelosi’s brother, Thomas D’Alesandro III, also served as Mayor of Baltimore from 1967 to 1971, after which he chose not to run for re-election.

Nancy Pelosi began as a Democratic National Committee member in 1976, after she and her husband moved to San Fransisco. She was the first woman to sit behind the podium at a State of the Union address as Madam Speaker with President George W. Bush in 2007.

What Is the Net Worth of Nancy Pelosi and Her Husband?