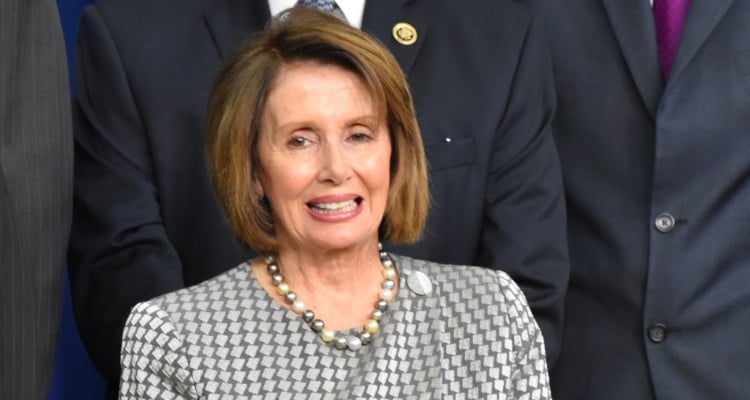 Yesterday morning, during a speech at the Democratic National Conventionpoli (DNC) breakfast meeting, Minority Leader of the U.S. House of Representatives Nancy Pelosi was booed, despite her attempts to unite a party split by the leaked emails indicating the sabotage of Bernie Sanders’ campaign. Given Nancy Pelosi’s age, position and time in office, it’s likely not the first time she has faced hecklers, nor is it her first instance of receiving public attention. Here’s some info about the most powerful woman in the U.S. government following Nancy Pelosi’s DNC speech.

Nancy Pelosi’s age is 76, being born on March 26, 1940 in Baltimore, Maryland. The youngest of her parents’ six kids, her father was once mayor of Baltimore and a U.S. Congressman who represented Maryland. Due to the nature of her dad’s work, she has been involved in politics since a very young age. She has always been a Democrat and even once refused a toy elephant from a Republican poll worker. She would grow up to graduate from Trinity College in 1962 with a B.A. in political science.

Nancy is married to Paul Pelosi, the owner of Financial Leasing Services, Inc., a real estate and venture capital investment and consulting firm. The pair met while Nancy Pelosi was attending Trinity College and they wed in Baltimore on September 7, 1963. The couple have had five children together: Nancy Corinne, Christine, Jacqueline, Paul, and Alexandra, who in turn have provided them with eight grandchildren.

As of 2009, Nancy Pelosi’s net worth is estimated to be around $58 million. While it may not seem like much in comparison to the average Hollywood celebrity, it’s actually quite a lot by politician standards. According to the Center for Responsive Politics (a nonpartisan research group based out of Washington) Nancy Pelosi’s net worth makes her the 12th richest person in Congress. This could be seen as somewhat ironic, as Nancy Pelosi was booed yesterday by supporters of Bernie Sanders, whose net worth is among the lowest for members of the U.S. government.

It should come as no surprise that Nancy Pelosi’s DNC speech was booed during an attempt to praise Hillary Clinton, especially given how much Pelosi has supported Clinton over the years, though Pelosi was slow to come out and publicly support the Clinton. Pelosi has also been quick to defend Clinton from criticism, such as saying that Clinton voting in favor of the Iraq War doesn’t make her any less fit to be President and that Clinton didn’t do anything wrong in regards to the poor use of a private email server and subsequent investigation.

Pelosi may have even predicted a Clinton presidency, stating in a 2013 interview with USA Today that she believed Clinton to be, “the best-prepared person to enter the White House in decades.” We wouldn’t be surprised if Nancy Pelosi was booed for giving that comment now, given the current reactions to such comments within the Democratic Party.