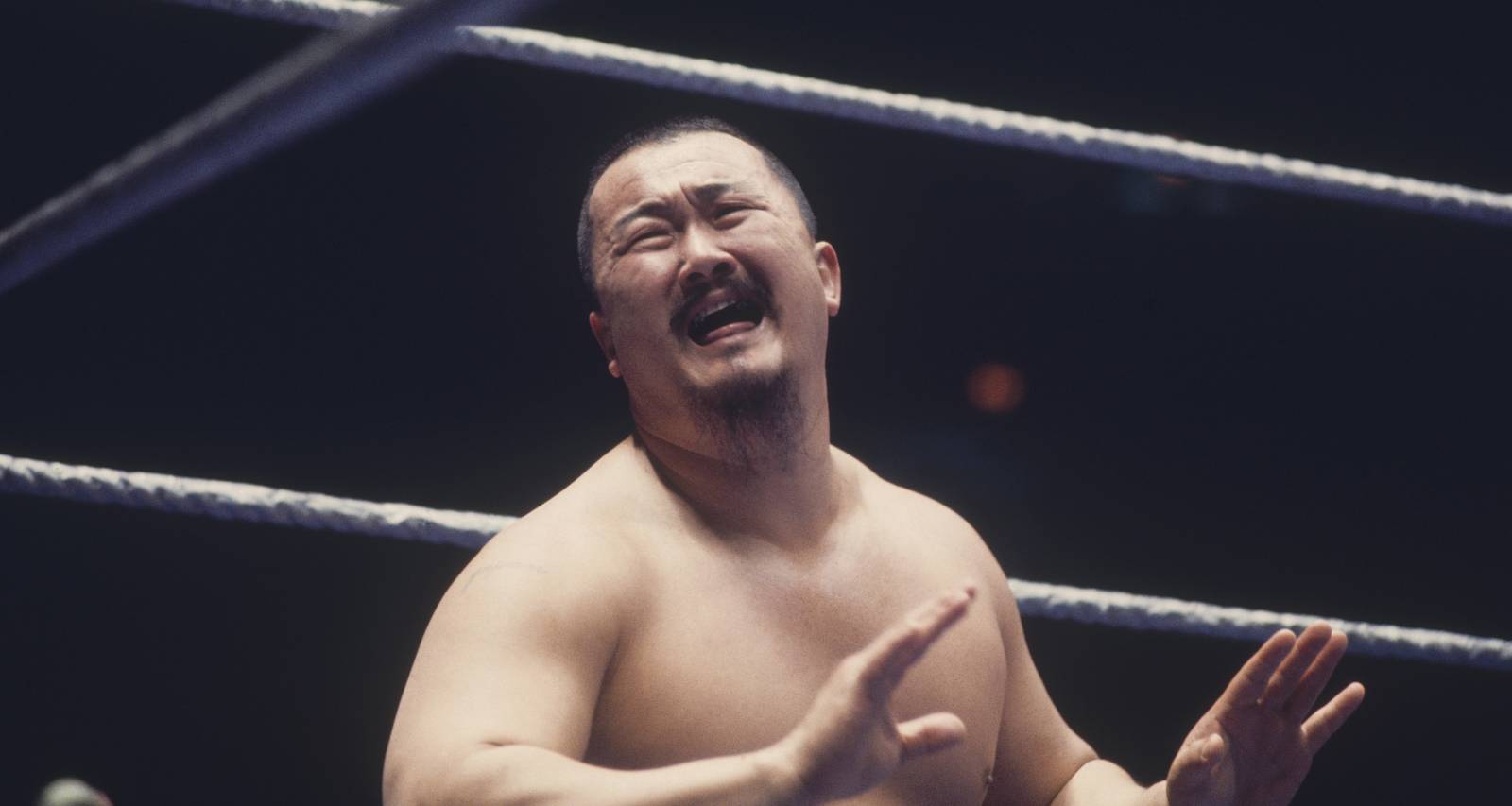 Mr. Fuji a professional wrestler screams in pain in the ring. Harry Fujiwara, known as Mr. Fuji in the ring, started his wrestling career in 1966 and ending in 1982. (Photo by Focus on Sport via Getty Images)

Unfortunately, you heard the news correctly; Mr. Fuji is dead. Harry Fujiwara, known to everyone and especially to his fans as Mr. Fuji, has passed away. The World Wrestling Entertainment [WWE] announced that Mr. Fuji died at the ripe age of 82. Mr. Fuji’s cause of death is not known at this time, but his passing away has been confirmed. Naturally, people are asking, “How did Mr. Fuji die?” It is not clear yet but early reports suggest that the former professional wrestler died of old age. In his 31 year old career, Mr Fuji entertained generations of fans with his wrestling prowess. You can check out Mr. Fuji’s wiki page on the net, but we’ve got all the information you need right here!

Mr. Fuji was born in Honolulu, in the year 1935. He began his career in the wrestling ring in 1965 in his native home of Hawaii. He went under the ring name of Mr. Fujiwara. He became popular very quickly and audiences thronged to see him. He shortened his name to Mr. Fuji and began performing in various regional wrestling companies along the West Coast. In the year 1972, he joined the World Wide Wrestling Federation, which was run and organized by Vince McMahon. The World Wide Wrestling Federation was an early precursor to today’s WWE.

Mr. Fuji joined hands with another wrestler, Professor Toru Tanaka to form a doubles tag team. During this phase of his wrestling career, Mr. Fuji developed and used his trick of throwing salt into the eyes of his opponents. He used to keep the salt hidden in his tights! This was how he earned the nickname ‘the devious one.’

Mr. Fuji left the WWF twice in the ’70s but returned permanently, after the company changed it’s name and re-branded itself as the World Wrestling Federation [WWF]. He fought for several years in the early ’80s and became a popular attraction. Then in 1985, he withdrew from the active wrestling competition and became a manager. He finally retired in 1996 for good, but by then he had built a reputation as one of the finest managers ever at the WWE.

Mr. Fuji used to wear a black suit and a bowler hat and became known for this get-up. He became one of the most popular wrestlers ever and was majorly responsible for making wrestling a mainstream attraction from a sideshow. He was a great brand ambassador for wrestling and was known all over the wrestling world. He left WWE in 1997 and headed training dojos until 2001. Mr. Fuji was inducted into the WWE Hall of Fame in 2007.

Mr. Fuji’s death has saddened the hearts of wrestling lovers all over the world. The fans who saw him fight in the ring when he was active as a wrestler are particularly saddened. Mr. Fuji is in the Hall of Fame for his many services to the world of wrestling both as a performer and as a trainer, as well as a manager. He laid the foundations of the wrestling entertainment industry which is so popular today. He will be sorely missed by many of his fans. RIP, Mr. Fuji. You gave us so much.