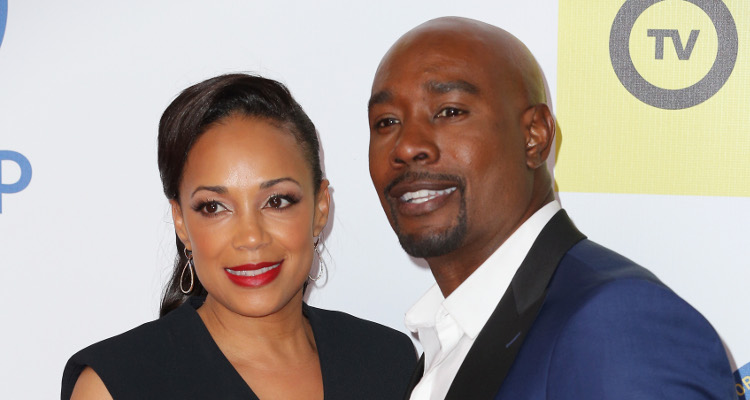 Rosewood star Morris Chestnut has been making women’s hearts throb since 1991, when he starred in the drama film, Boyz N the Hood. Well, sorry folks, but this gorgeous man is taken! Who is Morris Chestnut married to? His wife is the lovely Pam Byse Chestnut. Keep reading if you want to know more about her!

The Internet has gone crazy over a new trend. The #ForTheD challenge was inspired by GameOva Reedy’s freestyle hit from April this year. It involves people rapping a hilarious freestyle verse about what they’d do to “get some.”

Rosewood’s Morris Chestnut jumped on a variation of the challenge called the #ForTheP challenge with a rap of his own. But unlike other challengers, the actor’s got one classy entry in this viral craze.

For Chestnut, the “P” stands for his beautiful other half, Pam Byse Chestnut. Morris Chestnut’s wife is one lucky woman! Find out all about her in our Pam Byse wiki, right here.

Who Is Pam Byse?

There isn’t much information about Pam Byse. She’s not a celebrity and she chooses to stay out of the spotlight, except for the occasional red-carpet appearance alongside her hunky husband. According to some sources, she was born in Los Angeles and is 44 years old.

Since there’s no record of her professional life, her net worth hasn’t been calculated. But she is married to a Hollywood leading man with a net worth of $14.0 million.

Chestnut is active on Instagram, but rarely features his family. Meanwhile, Byse isn’t active on social media at all. She is a constant presence by Chestnut’s side at his movie premieres and award night appearances, but they keep their personal lives on the down-low. And Chestnut revealed that his secret to escape the short-lived Hollywood romance curse is to keep your relationship out of the spotlight!

They Have Been Married a Long Time

Pam Byse and Morris Chestnut tied the knot in 1995 and were said to be together for years beforehand. They’ve been married for more than 20 years, the same length of his career, and are still going strong. However, they aren’t immune to negative press.

There were rumors that the couple were close to divorce for various of reasons. Some claimed that Chestnut had a son from a previous relationship and is a deadbeat dad, while others accused him of cheating on his wife. But all these rumors seemed to be false, and there was no sign of divorce between the Chestnuts.

According to the actor, their marriage has lasted so long because of “mutual respect.” Chestnut said, “I would like to think of myself as pretty perceptive because when I am in different types of situations, I am always watching and listening more than I am talking.” He continued, “And when I met my wife, there were a lot of qualities I was paying attention to. I knew that she would be a great mother just for how she cared for her nephew and her family. She respected her mother and she respected her family and those were some of the initial qualities that I saw that I thought would make her a great partner.”

Chestnut draws from his own life to play his characters on screen. Of all his on-screen personas, he relates to Lance Sullivan from The Best Man Holiday the most “in terms of his priorities in life, how he treats his family, how he treats his wife and his passion for sports.”

Byse gave birth to their first child, a son named Grant in 1997. Their daughter Paige was born in 1998. Like their mother, the kids stay out of the spotlight, too.

Last year, Chestnut shared a picture of his daughter just before her prom. Paige, who has inherited her parents’ good looks, seems ready to conquer Hollywood like her father.