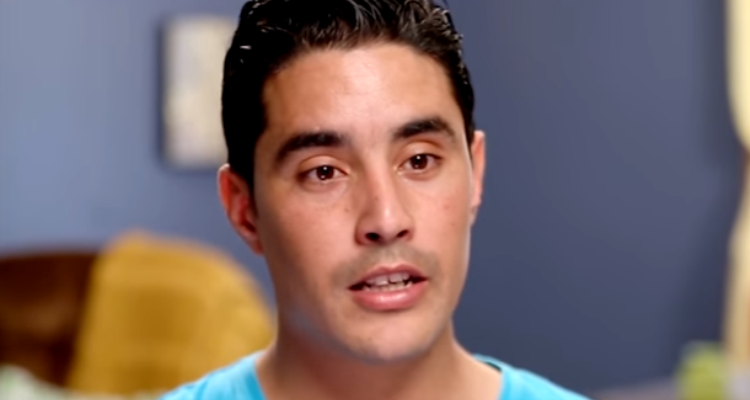 Danielle Mullins ultimately decided to file for divorce, on grounds of adultery and fraud, which doesn’t surprise us as there’d been rumors of a Mohamed Jbali baby as the result of an extramarital affair. After filing on October 4, 2016 and having the hearing on March 22, 2017, the pair are officially divorced. Mohamed told Radar that, “Yes I am divorced,” adding, “My legal status right now is divorced and there is no annulment.”

Danielle had previously filed for an annulment, but a spokesperson for Judge Tygh Tone of the Erie County Common Pleas court reported that “The annulment was changed to a divorce and the divorce was granted.”

Mohammed and Luisa on 90 Day Fiancé made headlines last season, and their alleged affair played a big part in Danielle’s decision to seek a divorce. The pair took a trip to Miami together, but claimed to be just friends. However, Danielle insisted that they were romantic, and that their affair was partially to blame the dissolution of her marriage.

Trouble in the Family

Aside from infidelity, there was a ton of family drama surrounding the union between Danielle and Mohamedi; Radar Online obtained police reports that documented just some of the toxic behaviour. In a report from the Sandusky Police Department, it was found that Mohammed Jbali also had issues with his step-daughters. He originally called the police because he said he feared that Danielle’s daughter, Kylee, would harm herself. However, the report read that “Kylee said her statement did not mean that she wanted to harm herself. Kyle was upset because the computer also belongs to her mother, Danielle Jbali, and Danielle told Kylee it was alright to use the computer.”

In a separate report filed in back in January 2015, it was documented that Danielle’s brother and son both reportedly made death threats to Mohamed. Mohammed had also been receiving unwelcome Facebook messages from another one of her brothers, Jeremiah Mullins. With all the strife in the Mullins-Jbali clan, this divorce comes as a relief to many.

He Live Streamed the Divorce!

Mohamed live streamed his divorce court hearing, which some suspect might be in breach of his contract with TLC’s 90 Day Fiancé, and their filming schedule. During the live feed, Mohamed said, “I did not talk to Danielle, all I know is I got my divorce. She had a lawyer talking for her. The judge said it’s done and that we’re divorced. They asked if I want a divorce or annulment, I said it’s the same for me.”

While Mohammed Jbali isn’t being deported at this time, he claims he has made the decision to return to his country of origin on his own accord. The Tunisia native goes on to say that he’ll be withdrawing his green card application, and that “If there were no TV show [his] marriage could be much better.”

Mohamed had a strong online presence on social media sites like Facebook and Instagram, but hasn’t been active since January 2017, leading followers to believe he’d been deported. When Radar asked ex-wife Danielle Mullins about his whereabouts, she responded, “He has not been deported, it takes years before someone is deported. He’s probably trying to make people wonder what is going on.” She said that he’s likely to resurface once the new season begins airing, “To defend himself and blame everyone else.”

Viewers will get to see Danielle and Mohammed’s story play out on the new season of 90 Day Fiancé as it will begin airing on TLC on June 25 at 8:00 p.m. EST.