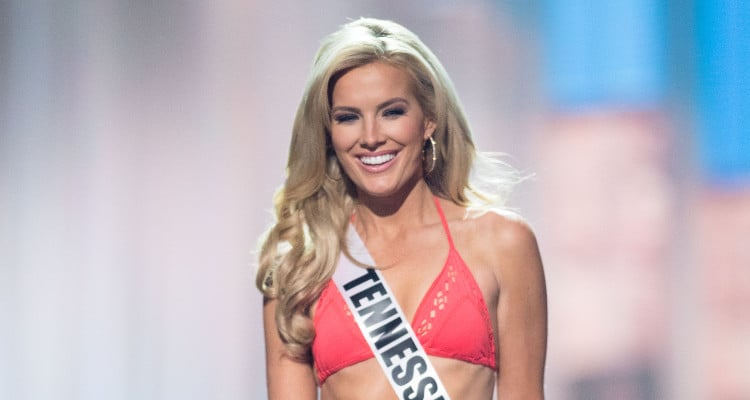 The 66th Miss USA pageant is scheduled to take place on Sunday, May 14 at the Mandalay Bay Events Center located in Las Vegas, Nevada. The show will be hosted by Terrence J and Julianne Hough, and the winner will be crowned by Deshauna Barber, before going on to represent the United States at the Miss Universe 2017 pageant.

Besides the models, various artists will be performing at the event like Pitbull, Brett Eldredge, and the cast of Cirque du Soleil’s Michael Jackson ONE.

The judges of the event are: Halima Aden, Brook Lee, Janet Mock, Carson Kressley, Jeannie Mai, and Nancy Lublin. One of the Miss USA 2017 contestants is the gorgeous Allee-Sutton Hethcoat. If you want to know more about Miss Tennessee USA, then you came to the right place!

I wanted to post to thank everyone who has loved, prayed and supported me throughout this process. I feel your prayers and your words of kindness and they mean more than I can say. I ask that for your continued support as voting is still open! See my previous posts for more information. I cannot thank you all enough. All my love, ASH. | Photo by @markdelongphoto #greenwood4thecrown #roadtomissusa #missusa

Allee-Sutton Hethcoat’s age is 25 and she is from Franklin, Tennessee. She stands tall at 5’7” and strongly believes in the value of education. She is a law student who also has some acting credits under her belt, and hopes to be able to pursue both in the future.

How it feels to be at Miss USA #Repost @missusa with @repostapp ・・・ ? ? @MissTNUSA hopes to use her voice to change the wage gap between men and women in the entertainment industry and to improve working conditions for women in the work force! • Swimsuit by @Yandy #OfficialSponsor #MissUSA

Allee graduated from Belmont University and was a member of the Alpha Chi Honor Society. Currently, she is in her last year of her law school at the Nashville School of Law.

The 25-year-old had a leading role in the film Remember the Goal. She also appeared in an episode of The Vampire Diaries. Allee’s hobbies include reading, baking, working out, gardening, traveling, and spending time with her friends and family.

Thank you @wsmvtv for having me yesterday! Head over to the Miss Tennessee USA Facebook to check out our interview! #roadtomissusa #greenwood4thecrown #wsmv

On October 8, 2016, Allee-Sutton Hethcoat was crowned Miss Tennessee at the Austin Peay State University, in Clarksville, Tennessee. She is now on her way to compete for Miss USA 2017 and hopes to take home the crown.