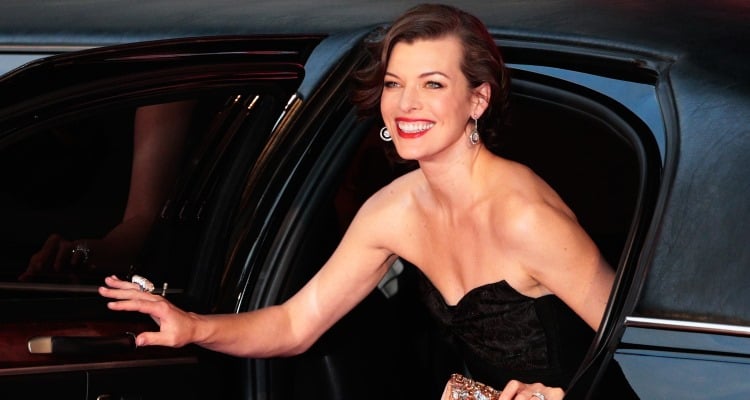 Milla Jovovich is one of the leading action actresses in Hollywood today. Despite ups and downs in her career, Milla has created a decent fortune for herself and her family. How much is her net worth? Keep reading to find out!

Milla Jovovich is a woman who has lead the way for women in action films, ever since she we first saw her kick major butt in 1997’s, The Fifth Element. Since then, she’s added four Resident Evil films, Ultraviolet and The Three Musketeers to her action resume, along with a ton of dramas and comedies.  She’s done over thirty films and has a new Resident Evil movie on the way! She is also an accomplished musician and songwriter. With all of the different things she’s done, one has to wonder, what is Milla Jovovich net worth? How rich is Milla Jovovich? How well as she maintained her finances between films, albums, marriages and divorces? We’ve done some investigating and come up with some answers, along with a bit of a bio on the woman who brought Alice from the Resident Evil video games to life.

Her Early Life in the Ukraine

Milla Jovovich was born on December 17, 1975, in Communist-controlled Ukraine. Her mother was an actress and tried to make her daughter one, as well. The family fled from Ukraine in 1980, due to the country’s political climate. From there, the family went to London then to Sacramento, California and finally to Los Angeles. Milla’s mother, Galina tried to break into American film and television, but found the language barrier a problem. She and Milla’s dad ended up working as house staff for director, Brian de Palma. Shortly after that, Milla’s parents were divorced. 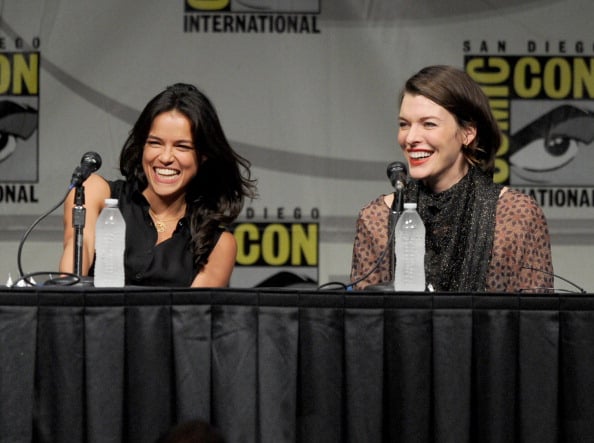 Milla began her road to fame as a model, but quickly switched to acting. With her mother acting as her agent, Milla began landing small parts on television shows like Married…With Children and Paradise, before she had her breakout role in Return to the Blue Lagoon in 1991. She followed that with a part in the comedy, Kuffs, co-starring Christian Slater. Her next part was in Richard Linkletter’s classic, Dazed and Confused. Milla was featured heavily in all of the promotional material surrounding the film, but her actual part had been largely cut from the finished film. Temporarily disillusioned with acting, Milla began focusing on music.

Milla Jovovich’s Musical Endeavors: She’s a Woman of Many Talents 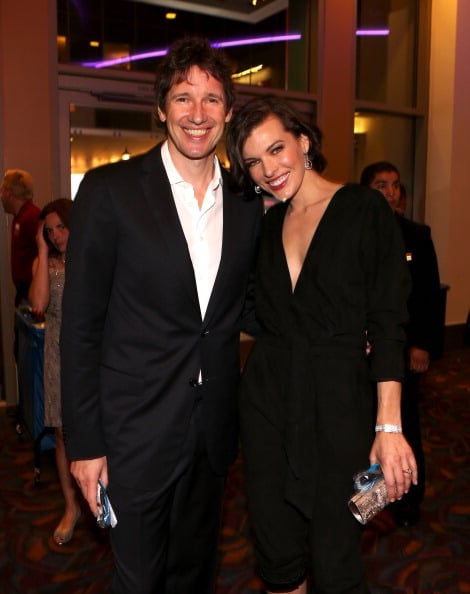 Many of Milla’s fans may be unaware that she has been working on music since 1988. The most well-known of her musical projects was an album called The Devine Comedy, which was released under Milla’s first name. The album was a moderate financial success and garnered solid reviews, but no official follow-up album has ever appeared. However, Milla has never given up on music. Over the years, she has worked on tracks with Maynard James Keenan (of the band Tool) and Danny Lohner (former Nine Inch Nail contributor) as well as working on her own music. Her current material exists in a state that she refers to as “demos” and Milla give them away for free via the web.

The Fifth Element, The Messenger and Beyond

In 1997, Milla starred alongside Bruce Willis in The Fifth Element, which turned into a huge box office success and a critical hit. The film also impacted Milla’s personal life, as it’s where she met Luc Besson, who she married that same year. From there, she appeared in He Got Game alongside Denzel Washington, and The Messenger (directed by her then husband, Luc Besson). The Messenger was not well received by critics or audiences and the couple divorced shortly after its release.

Milla was then involved in a number of other films until she landed the role of the character that would come to define a portion of her evolving acting career.

2001 started what would ultimately be the role Milla is most associated with, as cameras began rolling on the first Resident Evil film. Cast as Alice, Milla managed to show off her action film chops to the delight of audiences everywhere. Resident Evil went on to be a worldwide hit and spawned six sequels, including the latest, Resident Evil: The Final Chapter. It was on the set of Resident Evil that Milla met director, Paul W.S. Anderson. They two quickly became a couple, and Milla eventually gave birth to their first child in 2007. The two married in 2009, and they gave birth to a second child in 2015.

Milla Jovovich’s upcoming movie, Resident Evil: The Final Chapter was not filmed without its issues, however. Stunt woman, Olivia Jackson was involved in a terrible accident during the filming of a stunt sequence that left Oliva in a medically-induced coma for two weeks with multiple injuries, including cranial damage, several broken ribs and the amputation of her left arm. Another accident also occurred later during filming, which saw crew member, Ricardo Cornelius crushed to death by a Hummer. The film was finally completed in December of 2015 and will be released January 27, 2017.

The success of her films has certainly added to her net worth of $36 million, which has helped her make some impressive real estate purchases. Check out the chart below!

What Does It All Add Up To?

Given her early start into show business and the multiple career paths she has taken, the question of how much Milla Jovovich is worth is an intriguing one. We don’t know what Milla Jovovich’s salary for doing this latest Resident Evil film was but we imagine, given the box office success of its predecessors, it was probably pretty sizable, with a good amount of money on the back end. As of this writing, Milla Jovovich’s net worth is approximately $36.0 million. That’s a good chunk of change! But when you take into consideration that her husband, Paul W.S. Anderson’s net worth is somewhere around $12 million, the couple have more than enough money to keep their daughters comfortable for a very long time.