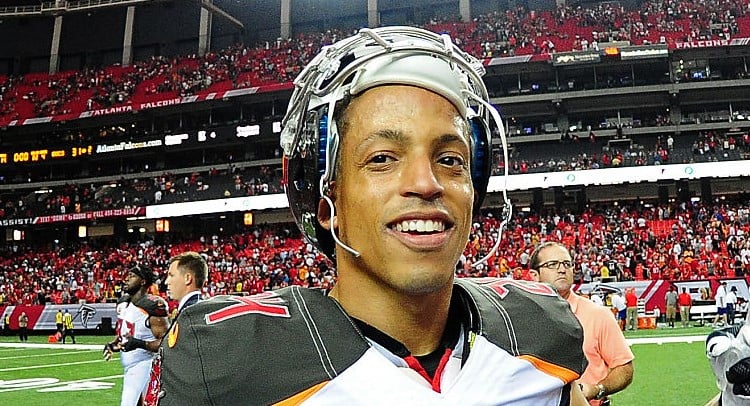 Miko Grime is opinionated. It’s one of the easiest and quickest way to explain her to someone that has no idea who she is. She NFL player Brent Grimes’ wife and is many great things; she’s a fan of football, she’s a radio host, a mother, a podcaster, and she can be rather good at “stirring the pot!” In this Miko Grimes wiki, we’re going to take a look, Miko Grimes and why she’s in the news for her latest claim. From Miko Grimes net worth to her life to her social media channels, we’ve accumulated all the information that you need to know about this interesting and outspoken woman.

Despite the fact that she is all over various social media platforms, there is not a huge amount that we know about Miko Grimes’ early years. We don’t know when Miko was born but we do know that she is apparently eight years older than Brent, which would make Miko Grimes’ age approximately 42. There is a birth date of June 21, 1975, floating around on the internet but to date, it hasn’t been confirmed. When the couple first began dating, Brent was extremely shy and quiet. In fact, he made so little in the way of moves on her, that Miko thought that he might be gay!

Brent isn’t the only athlete in the family as Miko played basketball in college and even played professionally overseas. During one of their dates, Miko played Brent in a game of one on one and warned him that she was good. She even warned him that she might not be able to date him if he didn’t have a good game! Apparently, Brent must have played pretty well as they went on to get married in 2010!

Outside of the relationship, Miko has been working hard. First as a sports radio host and annalist and then as a podcaster. According to the 2014 biography on Miko’s website, she also enjoys cooking and loves the fact that she could stay at home with her son. The pair is pretty much inseparable as Miko is not only the mother to Brent’s son Aiden, but as Sports Illustrated described it, Miko is Brent’s “personal coach, scout and hype man.” Miko is especially known for her use of social media, specifically Twitter. Miko Grime’s Instagram account features pictures of her son, Brent and even a few of Miko Grimes’ hot pics.

No Stranger to Controversy

Miko is no stranger to controversy has been in hot water for her actions in the past. According to sources, one issue occurred in 2015 when Miko tried to walk through a restricted area during a Bills/Dolphins game. Apparently, she was warned to stop, became belligerent, was removed by force by the police, and was charged with a number of offenses. Miko claimed “excessive force” was used and the charges were later dropped. This was followed by Miko taking to Twitter in December of 2015 to voice her displeasure with her husband’s then team, the Miami Dolphins. She criticized the team and their choice of quarterback. Nine weeks later, the Dolphins cut Brent from the team. Miko claims this was a gambit to get her husband out of the Dolphins and onto a better team willing to pay him more.

But Miko was not done with the Dolphins despite the fact that her husband signed with the Tampa Bay Buccaneers two days after his release. She condemned the team for keeping Mike Tannenbaum on as football operations manager. She tweeted that Dolphins owner Stephen Ross was “keeping his jew buddies” employed, meaning Tannenbaum. Most people argued the tweet was Anti-Semitic, Miko argued that’s “how a lot of communities . . . hire their ‘own people’ for jobs before others.”

Now, Miko has made headlines again by accusing the Oakland Raiders of purposely leaving their quarterback Derek Carr open, when he was injured a few weeks ago. Miko stated on the radio show, The Breakfast Club that:

“Derek Carr is a bible-thumper to the fullest. And so he was basically trying to force the players to read the bible before the game, and do all this stuff and they were like, ‘No, that’s you.’ And so he was so upset about it, when the whole offensive line said they were going to kneel, he was like, ‘No, you’re not kneeling. This is America, you’re going to stand for the flag.’ And they got in a fight in the locker room, so when they came out to play, they basically had a plan.”

This is being disputed by the Raiders organization and so far, if Twitter is to be judged, this controversy will be in the headlines a little while longer. After all, that a pretty bold accusation to make!