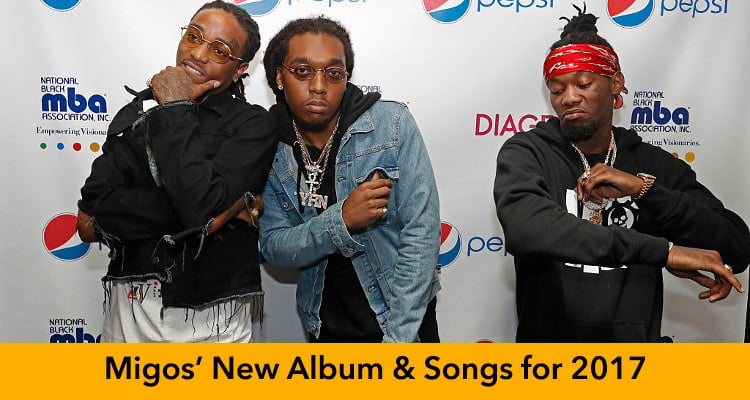 American hip hop group, Migos is all set to release their new album, Culture this week. We’ve got all the information you need about Migos’ new album in 2017 and Migos’ new songs.

Migos is releasing their latest album called Culture in a matter of days. The group was formed in 2009 and hails from Lawrenceville, Georgia. The three members are known by their stage names: Takeoff (Kirshnik Ball), Quavo (Quavious Marshall), and Offset (Kiari Cephus). Migos has truly captivated listeners with their unique style. Migos’ new songs in 2017 seem to be promising and we are excited for the release of Culture.

Migos recently uploaded a photo on their Instagram, providing details on their upcoming album. Their second studio album is called Culture, and is all set to be released on January 27, 2017.

The most exciting thing about Migos’ new album, is that it will feature brilliant artists like 2 Chainz, Lil Uzi Vert, Travis Scott, and DJ Khaled. It was produced by Nard & B, Metro Boomin and 808 Mafia.

To promote their latest album, Migos toured Nigeria in December. The song “Bad and Boujee” is the group’s best known track, and it is their highest selling single (with some thanks to Donald Glover’s shoutout at the Golden Globes). This song was released on October 28, 2016, and ranked at number one on the Billboard Hot 100.

Below we have the track list for Migos’ upcoming album, Culture:

Recently, the trio took to Instagram to drop snippets of Culture and uploaded the album’s cover art. The highly anticipated sophomore album will drop on January 27.

To further promote their latest album, Migos has brought a lot of attention to their project. In December, they released snippets of new music on Instagram. Not too long ago, they also released a video for “Call Casting,” which was shot in Africa.