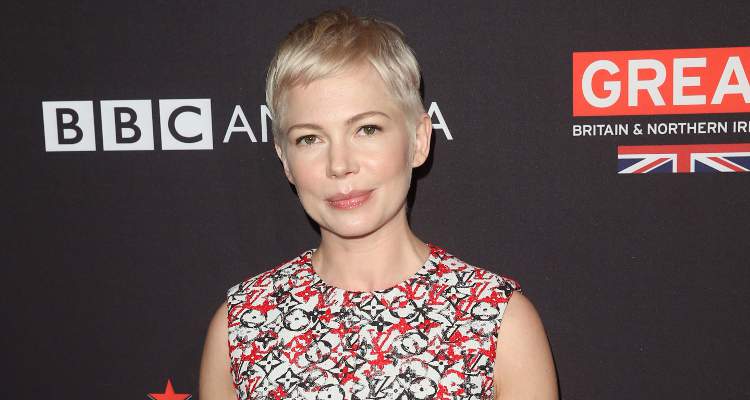 Michelle Williams’ little piece of jewelry generated a lot of buzz over the weekend! A heart-shaped diamond ring spotted on her finger at Sunday night’s Golden Globes sparked engagement rumors. Everyone is now wondering if Michelle Williams is engaged to Andrew Youmans, her new man. We have everything you need to know about Michelle Williams’ boyfriend, right here!

The rumor mills have been extra busy since the Golden Globes on Sunday. The latest topic of discussion: Michelle Williams’ new relationship! The huge sparkler on her ring finger led to speculation that the Manchester by the Sea actress might be engaged!

However, Williams squashed engagement rumors and told People that the ring was merely “beautiful jewelry.” But that has us interested in Williams’ new man, Andrew Youmans, a New York financial consultant.

Find out all you need to know about Michelle Williams’ new boyfriend in our Andrew Youmans wiki.

A Businessman from the Big Apple

Andrew Youmans, age 50, graduated from Dartmouth College in 1987 and earned a Master’s degree from Harvard Business School in 1992.

He worked as a domestic oils analyst and was involved in real estate before joining his family’s manufacturing company, Connecticut Springs (CSS) in 1989.

While working at CSS, Youmans completed his degree from Harvard Business School. His published research and work on the Toyota Production System (TPS) is featured at Harvard today.

Youmans then went on to start his own management consulting firm, Yomo Consulting in 1996. In 2011, he stepped down as president of the company but continues to provide input to the business. Currently, Andrew Youmans’ job includes investing in various companies.

Andrew Youmans is in the spotlight after he was spotted with Michelle Williams in July 2017. The two were seen together in Rome, where Williams was shooting All the Money in the World, which earned her a Golden Globe nomination for Best Actress in a Drama.

Williams was seen smiling as she walked with Youmans through Rome’s bustling street market and sampled the city’s local food. The couple, along with Williams’ daughter Matilda, were also spotted in the Bahamas as they brought in the new year. Sources say, “They spent lazy days on the beach reading and playing in the water. Michelle had a diamond ring on her left ring finger, even at the beach. She never took it off day after day, even when she went in the ocean. At one point she was looking closely at the ring and cleaning it.”

The actress is a private person, but did not shy away from showing off her dazzling diamond!

“It is very important to Michelle to keep her private life private and out of the press. She has been wearing a heart-shaped diamond ring for a while but doesn’t want to confirm or deny whether they are engaged. All she will say is that they are very happy together,” a source said.

Engaged or not, we are glad Michelle Williams found love again, and couldn’t be happier for the couple!