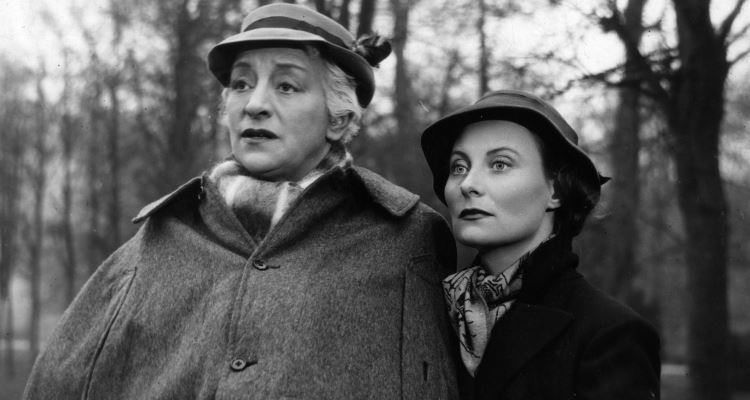 French film actress and leading lady in French cinema and Hollywood features, Michèle Morgan, passed away Tuesday, December 20. Michèle Morgan’s age was 96 years old when she died. To celebrate her years of success, we’re sharing some memorable photos of the actress with “the most beautiful eyes in cinema.” Check out our ten Michèle Morgan pics below.

Michèle Morgan is considered one of the greatest French actresses of the twentieth century. She was born February 29, 1920 and passed away on December 20, 2016. Her successful career spanned over seven decades and her most memorable films include Quai des Brumes (Port of Shadows, 1938), The Fallen Idol (1957), and La Symphonie Pastorale (Pastoral Symphony, 1946). The doe-eyed actress made a huge impact on French cinema and to celebrate her talent and remember her iconic roles, we’ve got some beautiful photos for you to see.

Morgan was the inaugural winner of the Cannes Film Festival’s Best Actress Award, and in 1992, she was granted the Honorary César Award for her amazing work in French cinema. The classic beauty has appeared in 75 credits, including Mademoiselle Mozart (1935), Coral Reefs (1936) alongside Jean Gabin, Higher and Higher (1943) with Frank Sinatra’s film debut, To the Eyes of Memory (1948) with Jean Marais, Obsession (1954), Marie Antoinette Queen of France (1955), Maxime (1958), and many more.

The @hollywoodreporter brings us the sad #news that #French #actress #MicheleMorgan, who starred with #HumphreyBogart in #PassageToMarseille, has passed away at age 96.

Today we mourn the loss of French actress, Michele Morgan whom passed today in France. She was 96 years old. Coincidentally During this week back in 1943 Sinatra appeared in RKO’s Higher andHigher opposite Barbra Hale, (Still with Us) Michele Morgan(Whom just passed today) and Jack Haley.In his first scene, a maid, played by Marcy McGuire (Still with us) opens the door to a grand home, and he says, “Good morning. My name is Frank Sinatra.” She faints dead away, but he catches her before she hits the floor. With his young voice at the peak of its clarity and power, he sang five songs in the film, and two became Sinatra standards beautifully orchestrated by Axel Stordahl: “A Lovely Way to Spend an Evening” which this clip displays opposite actress Michele Morgan and “I Couldn’t Sleep a Wink Last Night,” which was nominated for an Academy Award. In a review, the Hollywood Citizen News said, “He portrays himself so naturally that you catch yourself thinking, ‘He can act, too.'” The film was a showcase vehicle for him, and the title aptly described the direction of his career. –#Sinatra101 #francissinatra #1960s #goldenage#oldhollywood #icon #music #thevoice #legend #actor #singer #swing #vintagehollywood #hollywood#inspiration #suit #style #otd #thisdayinfilm #MicheleMorgan ????: RKO Films

The actress married American singer/actor/director/producer, William Marshall in 1942, and they had one child together, Mike Marshall (born 1944), whom she survived when he died in 2005. Morgan and Marshall divorced in 1948. In 1950, she married French actor, Henri Vidal (born 1919) and remained with him until his death in 1959. She then lived with actor/writer/film director, Gérard Oury until 2006 when he died.

Michèle Morgan’s young pics are popping up all over the Internet today as the news of the French film actress’ passing surfaced. French president, François Hollande called her “personified elegance and grace,” as he announced her death, but Michèle Morgan’s cause of death has still not been released.

The old pics of Michèle Morgan are a terrific representation of her graceful, talented, and inspiring beauty. May this iconic beauty rest peacefully.