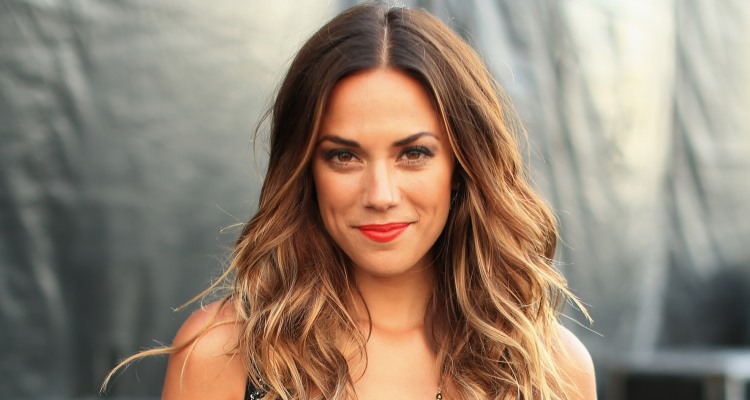 Although it’s been six years since Jana Kramer’s ex-husband, Michael Gambino, committed suicide, she still gets traumatized when she thinks of him. Gambino married Kramer when she was just 19 years old, and he was 17 years her senior. He started abusing her almost immediately after their marriage and almost choked her to death one night. He spent several years in prison for attempted murder before committing suicide in 2012.

You can’t think of Jana Kramer, an American actress and country music singer, without thinking of the man who almost killed her with his own hands. That man was actor Michael Gambino.

Right now, Kramer is expecting her second child with her husband, Mike Caussin, a former American football tight end. But things were not good for Kramer when she was married to her first husband, Gambino, way back in 2004.

Here are a few details about Jana Kramer’s ex-husband from Michael Gambino’s wiki.

Who Is Michael Gambino?

Michael Gambino is the man Jana Kramer married in 2004 after barely two weeks of dating. Kramer met Gambino in a coffee shop in Los Angeles, California when she was just 19 years old.

Gambino was 36 years of age at that time, almost 17 years older than Kramer.

He Was a Smooth Operator

Gambino was “a smooth-talker, very charming, intriguing, and obviously older,” and Kramer was attracted to him instantly. Cupid struck, and soon afterward, the two married each other in Las Vegas, Nevada, in 2004.

Kramer Was Facing a Painful Dilemma

Almost immediately after their marriage, Gambino became abusive toward Kramer. She spoke about it to the media years later.

Kramer said, “I was so ashamed. I literally walked around on eggshells, terrified to tell anybody, because I was so ashamed of the situation I had put myself in. I was like, ‘I put myself in this, and now I have to figure out how to get out of it, or stay in it and make it better.’”

The Abuse Started Right after Marriage

Gambino’s brutal abuse started just a short time after their wedding. At that time, Kramer’s acting career was starting to take off with her role in the Adam Sandler film, Click.

Kramer said that Gambino started being “verbally abusive,” but it soon turned into “grabbing arms,” and eventually “black eyes.”

She recalled, “He was manipulating me to feel like it was my fault and so many women that are in abusive situations they feel that they’re the reason for this. And the truth of the matter is they are not.”

Kramer said that she began spending nights sleeping in her car or hiding in the bushes to avoid the attacks.

Then came the night when matters got totally out of hand. They got so bad that Kramer began to pray for death.

On August 6, 2005, Gambino choked Kramer until she was unconscious and left her bleeding outside her home. He evaded the law for almost two months after trying to choke her to death before the police caught him. He was convicted of attempted murder after a brief trial.

Gambino received a six-year sentence in prison. He was released in 2010, but he committed suicide two years later in 2012.

Kramer remembers, “I remember getting the call that he [Gambino] had committed suicide and I felt bad because my first feeling was relief that he was gone. I didn’t have to worry about him anymore.”

Luckily, they didn’t have any children, so Kramer was able to make a clean break away from Gambino after his suicide. She has been married twice since then.

Kramer Got a Second Chance in Life

Today, Kramer is in a happy place with her husband and family. But she still shudders when she thinks of Michael Gambino, who almost took her life and left her for dead.
Second chances in life don’t come easy, so Jana Kramer is really appreciative of hers.