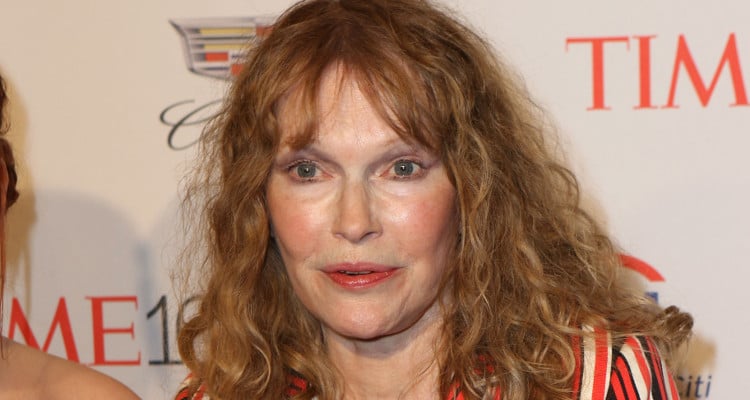 Mia Farrow is an American actress, activist and a former fashion model, who has acted in many highly acclaimed films. Check out the Mia Farrow wiki page on the net. At this time, Farrow is making headlines because of the news that her adopted son, Thaddeus has died in a car crash. Mia Farrow’s son’s death is the third of such tragedies for the star, as she has already lost two of her children. Mia Farrow’s kids have been a highly discussed topic, as she now has 11 living children as of September 2016 (four biological and seven adopted). She had 14 children total, but three of her adopted children are now deceased. Farrow has raised so many children, people are asking, “What is Mia Farrow’s net worth?” Her net worth is a substantial $60.0 million. Many of those from the younger generation are unaware of Farrow and are asking, “who is Mia Farrow?” and are now interested in learning more about her. Don’t worry, we will tell you all we know about Mia Farrow.

Farrow was born in Los Angeles, Calfornia to parents who were already associated with the film industry. Her father, John Farrow was an Australian film director, while her mother, Maureen O’Sullivan was an Irish actress. Farrow was one of seven children born to her parents. She was raised in Beverly Hills, California and began acting at the young age of two. Farrow was raised Roman Catholic and went to a convent school run by nuns. It has been said that Farrow was wise beyond her years ever since she was a child.

Farrow first began working as a fashion model and remained in this field for many years. Farrow started acting in several 1960s movies, starting out in supporting roles. She achieved stardom in 1964 when she acted as the waif-like Allison in the popular soap opera, Peyton Place. This led to her being noticed by directors in Hollywood. Farrow’s first leading role was in the horror classic, Rosemary’s Baby, which proved to be both commercially and critically successful. Her impressive acting in this film won her many awards, including a Golden Globe award.

When she was not acting in films, Farrow kept herself busy by acting in theater productions. She acted in plays like Mary Rose, The Three Sisters and Ivanov. She also acted in movies like the thriller See No Evil, The Great Gatsby, A Wedding and The Haunting of Julia. However, her major work came in the 1980s and early 1990s, when she collaborated with director, Woody Allen in many of his film productions. They did a series of notable films like Zelig, Broadway Danny Rose, The Purple Rose of Cairo, Hannah and Her Sisters, Radio Days and Alice. Mia Farrow’s movies have always been very intelligent and have engaged her audiences in a cerebral way.

Farrow had a large number of children to take care of, so from the 1990s and onward, she drastically cut down her work. Though she did do films sporadically like Widow’s Peak, Miami Rhapsody, Reckless, The Omen and Be Kind Rewind, most of her time was spent taking care of her children. She was also engaged in a lot of humanitarian work in the field of human rights, but mainly children’s rights. She works extensively to raise funds for helping children in conflict affected areas. Since she herself suffered from polio, she spreads awareness about this disease in parts of the world which are ignorant of it.

Farrow’s personal life has had a lot of ups and downs. She separated from Woody Allen when he began an intimate relationship with her 21-year-old adopted daughter. Then, her marriage to music composer, Andre Previn lasted only nine years. Farrow’s life has always been semi-tragic, with unsatisfactory relationships while trying to single-handedly parent her numerous children. Frail and delicate, she has still managed to give many classic films to Hollywood. She remains a fighter and an iconic figure in Hollywood.