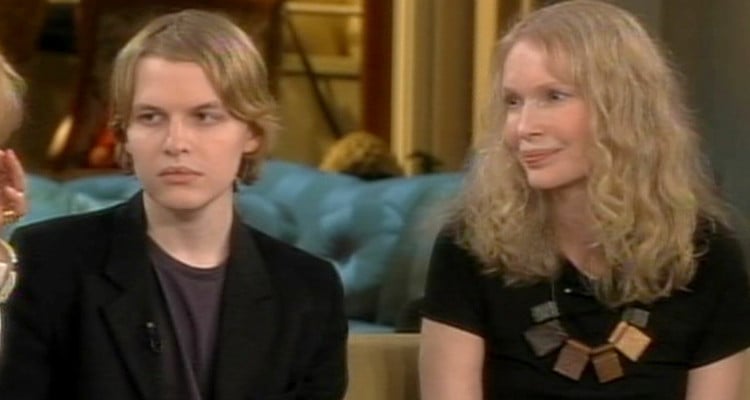 Mia Farrow loves children and obviously that’s an understatement, considering how many children she herself has. As of September 22, 2016, the number of Mia Farrow’s kids fell to a total of 11, after the loss of three of her adopted children. Mia Farrow’s children include four biological and seven who are adopted. However, there is much sorrow in her life right now, as news of her son’s death has just come in. For someone who has already lost two of her children, this really is an unbearable tragedy. Since the news of Mia Farrow’s son’s death, many are curious to know more about Mia Farrow’s children.

Farrow’s adopted son, Thaddeus Farrow, died suddenly on September 21, 2016. He was found seriously injured inside his vehicle in Connecticut. He was immediately rushed to the hospital, where he was pronounced dead. According to police, there was no criminal aspect to the case as it was a suicide. Farrow had adopted Thaddeus from an orphanage in Kolkata, India in 1994. Thaddeus had contracted polio when he was a child and was paralyzed from the waist down. At the time of his death, Thaddeus was just 27 years-old.

Some of her other children are doing well, like Ronan Farrow. Though he was born to Farrow and film maker, Woody Allen, there was often speculation that he might actually be Frank Sinatra’s child. Ronan Farrow is an American activist, journalist, lawyer, and former U.S. government advisor. He earned his degree from Yale Law School and has spoken out for the affected women and children in the war torn Darfur region of Sudan. Ronan Farrow has also worked with the Obama Administration for peace keeping efforts in Afghanistan and Pakistan.

Lark Previn is one of the two Vietnamese children adopted by Farrow and former husband, Andre Previn. Daisy Previn is the other child from Vietnam. They also adopted a girl child named Soon-Yi from Korea around 1978. Though her exact age is not known, she was between the ages of five and seven years-old at the time of her adoption. Later on, there was a big scandal when Farrow found out that Allen was having an intimate relationship with the then 21-year-old Soon-Yi. The matter went to court and was the stuff tabloids live for.

Another adopted child of Farrow was Tam Farrow. Tam was not physically healthy from the very beginning and in 2000, at just 19 years-old, he died of heart failure. In 1985, Farrow adopted two more children, Dylan and Moses Farrow. In 1992, Farrow alleged that Dylan—then seven years-old—had told her that Allen had sexually abused her. In retaliation, Allen sued Farrow, claiming that she had concocted the accusations. The matter went to court but there was not enough evidence to either verify or deny the incident.

Then there was a new twist in this sordid saga. Moses Farrow claimed that Farrow had abused him. He also accused Farrow of making up stories about Allen, so that the children would believe them. During this period, life was a living hell for Farrow with allegations and counter-allegations flying back and forth between her and her children. Though Farrow has done extensive work for the welfare of children in conflict-affected countries, it seems that it has been almost impossible for her to set her own house in order. As the mother of 11 children, she certainly has a heart of gold and this recent tragedy, we hope, will only make her stronger.