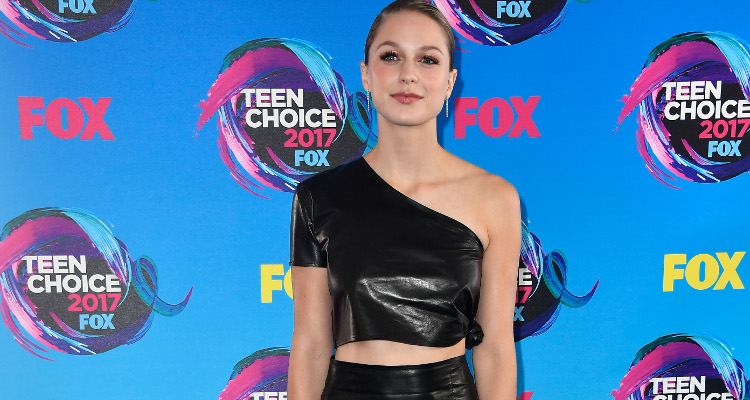 Since the Halloween spirit has taken over, many people are busy scouring the stores for their Halloween costumes. Superhero costumes have always been very popular at this time of year. Melissa Benoist, who plays the title role in the TV series, Supergirl, wears the costume every day to work. If you want to know more about her, then have a look at our Melissa Benoist’s wiki.

She was born Melissa Marie Benoist on October 4, 1988, which makes Melissa Benoist’s age 29 years. She was born in Littleton, Colorado, to Julie and Jim Benoist. Her father is a physician, and she has two sisters, Kristina and Jessica.

From the young age of three, Benoist showed interest in dancing, so she took up dance lessons to further pursue her interest. A year later, Benoist’s aunt, who was directing a church play, asked her to be a part of it.

Felt so much birthday love today. ? you all get a nice fat thank you from yours truly

In an interview, Benoist revealed, “I was at a very early age. My parents were always really good about letting me and my siblings decide what we wanted to do and try things out for ourselves. I just never really wanted to do anything else. I started dance class when I was 3 years old. The moment I probably knew this is what I wanted for a career path at 3 years old was we had to sing a song at the end of a ballet recital. I think we say, “He’s Got the Whole World in His Hands,” and I was singing louder than anyone else. I wanted to be center stage. I think that was the moment that I realized, ‘I like this.’”

In 2007, Benoist completed her graduation from Arapahoe High School, located in Centennial, Colorado. She then received a Bachelor of Arts in Theatre Arts from Marymount Manhattan College in New York City in 2011.

During her teenage years in the summers, Benoist anonymously performed at Disneyland with the Academy of Theatre Arts. She has also participated in local theatre productions like Cinderella, Bye Bye Birdie, and Evita.

Due to her rising popularity and brilliant acting skills, Benoist was named as one of Colorado’s five “Can’t Miss Kids” by The Denver Post in 2006. It gave her the confidence and determination to accomplish her dreams successfully.

Benoist’s first break in the industry was in 2008 when she was cast in singer Mariah Carey’s film, Tennessee.

Throughout her career, Benoist has worked in several TV shows and movies such as Glee, Whiplash, The Longest Ride, Danny Collins, Lowriders, Oxford, Patriots Day, Sun Dogs, Band of Robbers, and Juvenile.

In 2018, Benoist is all set to play the role of Rachel Koresh in the miniseries, Waco.

At the young age of 29, Benoist has accomplished a lot of things in her life. She has also earned awards for her brilliant acting.

Melissa Benoist’s net worth is estimated at $3.0 million.

Melissa Benoist met Blake Jenner on the set of the show, Glee when they were both signed onto the show in 2012. The couple took their relationship to the next level and got engaged a year later. They ended up tying the knot in 2015.

Jenner said about Benoist, “I thought she was the bomb the second I saw her, so it was just super cool to be working together.” He further added, “Thankfully, we’ve had some scenes together. Because if we didn’t, I don’t think we would have had the time to get to know each other.”

In fact, the couple was reported to be so happy with each other that Melissa Benoist’s Instagram was filled with their photos.

However, just a few months after their marriage, Benoist filed for divorce in December 2016 citing “irreconcilable differences.” A source close to the couple revealed that the distance between them was a problem and things were not working out. The source further explained that there was no drama whatsoever from either side and their divorce was amicable and mutual.

It has been reported that Melissa Benoist and actor Chris Wood are dating each other. Initially, there were many rumors of them dating. In fact, they were spotted together many times in different places.

But the rumors seemed to be confirmed when Benoist and Wood were seen kissing each other in Cancun, Mexico. Wood and Benoist have reportedly been dating each other since March 2017.

As of now, the couple has not confirmed their relationship officially. But a picture is worth a thousand words.