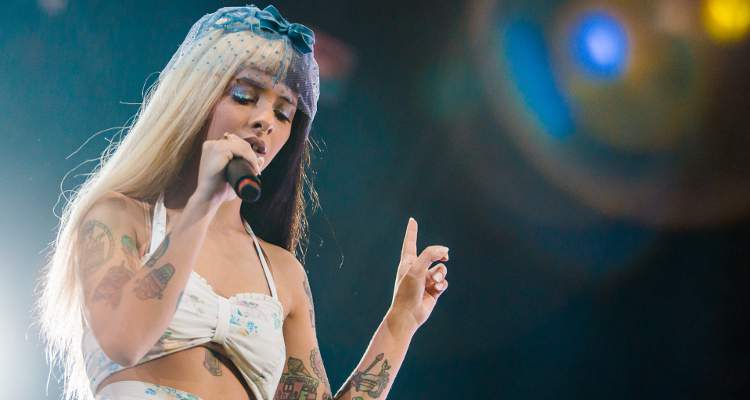 Melanie Martinez brought her famous quirky style to The Voice and established a career in music. But that could all end with the recent scandal that has come to light. Is Melanie Martinez a rapist? Here’s what you need to know.

The Harvey Weinstein case opened a can of worms which exposed many other famous people with allegations of sexual misconduct. Kevin Spacey brought a whole new twist to this debacle with his ‘gay-splaining’ fiasco. And now, Melanie Martinez might highlight another problematic side to sexual assault. The “Mad Hatter” songstress has been accused by a former friend of raping her. Timothy Heller has rocked Twitter with her revelation which has everyone talking. Find out all about Melanie Martinez’s sexual assault scandal here.

Timothy Heller is a pop singer who debuted with her first solo single, “Sleep” in October. Before her solo venture, she was one half of the duo, Dresses and had been performing since high school.

Before entering the music industry, Heller had gone through some tough times. It was during her difficult days that she reportedly became dependent on her former best friend, Melanie Martinez.

“When I wrote this story about my assault, I initially wasn’t going to make the abuser. But I think it’s important for you all to know this is about Melanie Martinez.” she tweeted on December 4 with a long post detailing the assault.

“I have kept this secret for years, convincing myself that it wasn’t a big deal and I wasn’t hurt by it,” Heller wrote in her post. “The thought of accepting that my best friend raped me seems insane.” She revealed she spoke to her acquaintances about it like it wasn’t a big deal, but they made her realize she went through something horrible.

While expressing her difficulty coming to terms with her friend doing that to her, she explained Martinez took her in when she had fallen on hard times. Heller described that she relied on Martinez till the point the two-tone hair singer wielded considerable influence over her. There were times where Heller had to apologize for having a panic attack because that inconvenienced Martinez.

“The power she had over me, grew into me having a very hard time saying no to her… one night during a sleepover, she became increasingly interested in my sexual preferences.” Heller added that she previously experienced sexual abuse and was uncomfortable with Martinez’s questions.

The Voice alum propositioned her repeatedly. “She began asking me while in bed if I would have sex with her.” Heller, who had a boyfriend at the time initially laughed it off. Martinez knew that and said he didn’t have to know. Heller passed the night sleeplessly after rejecting Martinez. But even the next night, she harped on the subject asking Heller why she won’t do it and Heller repeatedly refused.

She wrote she was exhausted and Martinez didn’t care for her rejections. The “Dollhouse” singer even convinced her to smoke weed. She refused all the way and tried to sleep when Martinez touched her arm. It escalated with Martinez coercing her into letting her touch her breasts.

?mad hatter? the finale of 13 self written/directed/styled videos from the crybaby album. In this video my stuffed animals represent the few genuine friends in my life and their constant ability time and time again to support me in being myself even when I’m forced to be in environments where I’m told and expected to fit a specific mold. LINK IN BIO

“I was so exhausted and confused and high and belittled I just allowed it to happen,” said Heller, adding, “This led to her touching the rest of me.”

“I never said yes. I said no, repeatedly. But she used her power over me, and broke me down,” Heller went on to describe the sexual experience, “Just so there is no confusion, I was molested by my best friend. I lay still in shock, completely not reciprocating… she performed oral sex on me and then I was penetrated with a sex toy without being asked. That’s what happened.”

Reportedly, Heller had to keep reminding herself that she said no for two nights and she didn’t want it. Heller admitted she didn’t stop Martinez because she wanted it to end and felt exhausted.

Heller continued saying they never brought up that night again. Martinez apparently ended their relationship because Heller was holding her back.

When I wrote this story about my assault, I initially wasn’t going to make the abuser. But I think it’s important for you all to know this is about Melanie Martinez pic.twitter.com/4PQ5oNI2s9

The response to Heller’s accusations was immediate. Martinez didn’t comment immediately but Twitterverse is divided on the issue. Many are unsure whether to believe it without any proof or hearing Martinez’s side of the story.

There’s no proof to support Heller’s allegations yet. But Martinez released a statement on Twitter. She wrote she was “horrified and saddened” by Heller’s story. She didn’t deny the claims but said Heller “never said no to what we chose to do together.” Read Martinez’s full statement below.

Nevertheless, majority of Martinez’s fans have turned against her and proclaiming they are getting rid of her merchandise and deleting her songs. While Heller has received a wave of support, some have come out in defense of Martinez.

Heller’s statement echoes the response of people decrying the sexual assault incidents that have been reported recently. The hashtag, #MelanieMartinezIsOverParty began trending with the Martinez’s fans denouncing her.