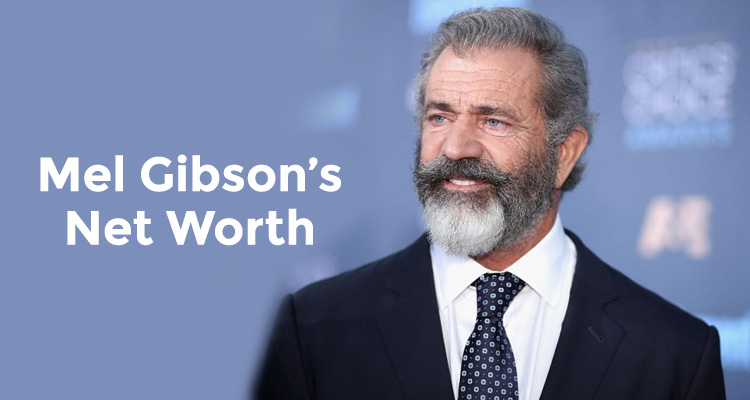 Hollywood A-lister Mel Gibson’s birthday is today (January 3) and, as he turns 61, we’ve got some fun facts to share about the actor and director.

Mel Gibson was recently named Director of the Year at the Capri Hollywood International Film Festival for Hacksaw Ridge, which is a huge accomplishment ahead of his 61st birthday. Most known for his role in Braveheart (1995), Mel Gibson has performed in 54 total roles, produced 21 credits, and directed seven films. The star won many awards for his work in the film industry, so if you’re wondering, “What is Mel Gibson’s net worth?” and are curious about Mel Gibson’s movies, awards, and personal life, keep reading to find out!

How much is Mel Gibson worth? According to Celebrity Net Worth, Gibson’s net worth stands at $425.0 million. He made his film debut in Summer City (1977) and became a millionaire after his first major roles in the Mad Max series, before making his debut in American film features with The River in 1984. It was a steady climb for the star as he moved up to the Hollywood A-list thanks to his role in 1987’s Lethal Weapon. He made his directorial debut in 1993 with The Man Without a Face, and two years later he directed and acted in the famous film Braveheart. He won two Academy Awards including Best Director for the role. He co-wrote, produced, and directed The Passion of the Christ in 2004, which brought his net worth into the multi-millions, as it became the highest grossing R-rated film of all time. Check out the chart below to see some of his most significant net worth values.

Mel Colmcille Gerard Gibson was born January 3, 1956 in Peekskill, New York and, when he was 12 years old, he moved to Syndey, Australia with his parents Hutton Gibson and Anne Reilley. He was an acting student at the Australian National Institute of Dramatic Art, and founded Icon Entertainment in the 1980s.

The Hollywood star met Robyn Denise Moore after filming Mad Max in the late 1970s. Moore became Mel Gibson’s wife on June 7, 1980 in a Roman Catholic church ceremony. After 26 years of marriage, they separated in 2006. Robyn Moore filed for divorce on April 13, 2009, citing irreconcilable differences as the reason. They released a joint statement saying, “Throughout our marriage and separation we have always strived to maintain the privacy and integrity of our family and will continue to do so.” The official divorce was filed following the March 2009 release of photos showing Gibson on the beach with Russian pianist Oksana Grigorieva. Gibson’s divorce was finalized on December 23, 2011 and, as they never signed a prenuptial agreement, she walked away with half of his net worth—over $400.0 million!

In 2010, Gibson and Grigorieva had an ugly breakup and claims were made that Grigorieva experienced alleged incidents of domestic violence. In an April 2011 interview with Deadline.com, Gibson broke his silence about controversial tapes that were released online around that time: “I’ve never treated anyone badly or in a discriminatory way based on their gender, race, religion or sexuality – period. I don’t blame some people for thinking that though, from the garbage they heard on those leaked tapes, which have been edited. You have to put it all in the proper context of being in an irrationally, heated discussion at the height of a breakdown, trying to get out of a really unhealthy relationship. It’s one terribly awful moment in time, said to one person, in the span of one day and doesn’t represent what I truly believe or how I’ve treated people my entire life.” He ended the case, maintaining his innocence with the West Plea, and said that the prosecutors and judge agreed he made the right decision. “I could have continued to fight this for years and it probably would have come out fine. But I ended it for my children and my family. This was going to be such a circus. You don’t drag other people in your life through this sewer needlessly, so I’ll take the hit and move on.”

As of 2014, Mel Gibson’s girlfriend is former champion equestrian vaulter Rosalind Ross. While Mel Gibson’s age is now 61, his girlfriend is 26, making her a decade younger than his eldest child. The couple is expecting their first child, to be Ross’ first and the actor’s ninth.