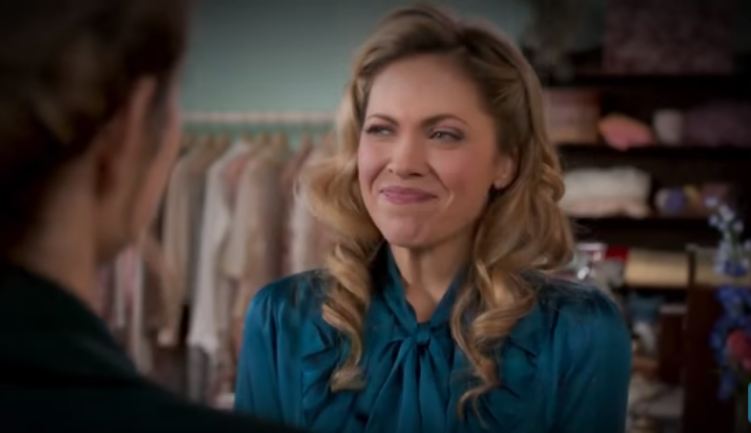 Along with die-hard fans of the show, the cast of When Calls the Heart season 5 couldn’t be more excited for the upcoming season premiere on February 18! The hit television show, which is based on the popular book series by Canadian author Janette Oke, has managed to establish a substantial fan base over the past few years—and it’s not surprising why! This beloved Hallmark series not only features an all-star cast, but it’s also full of riveting plot twists, a romantic love triangle, and even a little bit of turn-of-the-century intrigue!

The Plot of When Calls the Heart

When Calls the Heart is the often heart-wrenching and (at times) comical story of schoolmarm, Elizabeth Thatcher’s move to a small town in the Canadian frontier, amidst one of the biggest turn-of-the-century coal-mining explosions. All or most of the women in the town are now widowed and are forced to replace their deceased husbands in the coal-mining industry, just so they can make ends meet.

Elizabeth seems to get along famously with everyone in the town, with the exception of Constable Jack Thornton. He seems to have developed an unfounded resentment towards her because he feels that her father’s affluent influence is the reason he’s not able to further his law career in a bigger city or town.

Constable Thornton is forced to stay on the frontier with the sole purpose of providing a protective detail for Elizabeth. Despite the initial tension in their relationship, it’s not too long before Elizabeth and the Constable embark on a romantic relationship.

Watch the season 5 trailer for When Calls the Heart, right here:


The Season 5 Cast of When Calls The Heart:

Born in Pennsylvania, PA, Erin Krakow is a classically trained actress who studied Drama at the prestigious Julliard School. Her acting career began on the stage and transitioned seamlessly onto the screen. She’s had numerous starring roles in both mediums. On stage, she’s played the leading ladies in several Shakespearean classics, including Helena in A Midsummer Night’s Dream, Yelena in Black Russian, and Viola/Sebastian in Twelfth Night. She also went on to play the role of Shelby in the stage production of Steel Magnolias and Cecily in The Importance of Being Earnest. On TV, Krakow is best known for her role on Lifetime’s Army Wives.

An Australian native, Daniel Lissing is a very popular TV star and musician in his homeland. His first American starring role was as a series regular on ABC’s Last Resort, where he played the role of Lt. James King. In 2012, he was named one of “Australia’s Rising Talents” by TV Week Magazine. They also named him as one of “Australia’s Sexiest Blokes on Television.” (We won’t disagree.)

It’s always a good day when I get to see @itshappythedog Sending you puppy kisses @candacecbure ?? @hallmarkchannel

Over the years, Lori Loughlin has enjoyed a very successful and illustrious career. Starting from a very young age as an actress on The Edge Of Night, Loughlin was nominated for a Young Artist Award for Best Young Actress in a Daytime Series. In the early 1990s, she was cast as Becky Donaldson (Uncle Jesse’s wife) on the long-running popular family sitcom, Full House. Aside from her role on the 90210 revival, she’s probably best known as the beautiful Aunt Becky from Full House. She’s also made guest appearances on a number of popular shows, including Spin City, The Drew Carey Show, and Seinfeld. She lives in Los Angeles with her husband, fashion designer Mossimo Giannuli and their kids.

This Canadian-born actor has established quite the versatile acting career for himself, considering his original plan was to pursue a career in Economics! After approximately a year and a half of studying at the University of Calgary, Kavan Smith decided to drop out and take a different route altogether. Eventually, he enrolled in the Mount Royal University performing arts program and it was there that he discovered his true passion and calling; acting. Smith has accumulated an extensive acting résumé, including recurring guest starring roles on hit series like Supernatural, Smallville, The Outer Limits, and Battle Star Galactica.

For over 30 years, Jack Wagner has been a celebrated stage and television actor, as well as musician, and has appeared in numerous television shows and stage productions. He’s perhaps most known for his role as Bill Avery on Hallmark’s When Calls the Heart, but he’s also a professional scratch golfer and has had starring roles in other hit series like Hot In Cleveland, Melrose Place, and The Bold and the Beautiful to name a few.

As promised: FEATHERS!!! Thank you @billabbotthc & @michellevicaryhc @hallmarkchannel for another wonderful TCA!! So much to look forward to in 2018!!!!

Another Canadian-born actor on this list, Pascale Hutton was raised in British Columbia by her two admittedly “hippie parents,” who harvested their own honey and other organic foods. Hutton earned her BFA in acting at the University of Alberta and has since moved to Vancouver, where she enjoys a successful acting career.