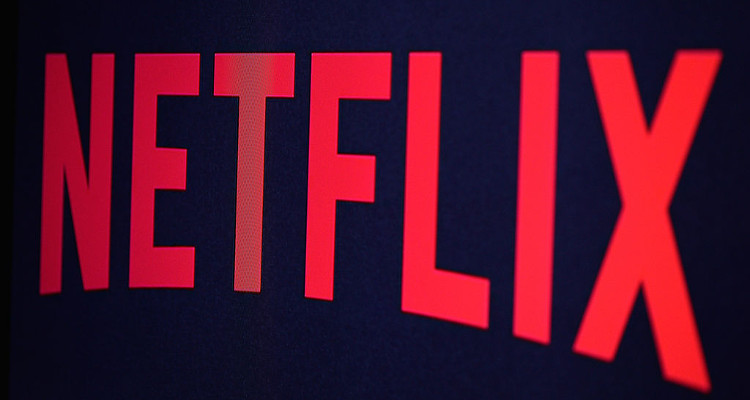 We love a good workplace comedy à la The Office. But what makes The Casketeers different is its unconventional theme—that death can be celebrated. Francis and Kaiora Tipene are the owners of Tipene Funerals, a funeral home specializing in Polynesian culture. And contrary to what we’d assume, their job can be quite fun. The Casketeers are coming to Netflix this Friday, December 21, 2018, and we’ve got the deets on the duo putting the “fun” in funeral.

The New Zealand-based docuseries, The Casketeers, will premiere in the U.S. on Netflix this December 21. And while the adventures of the folks at a funeral home might not seem very Christmas-y, the humor in it is sure to make you smile.

Tipene Funerals in Auckland, New Zealand helps bereaved Polynesian families say goodbye to their loved ones. Husband-wife duo Francis and Kaiora Tipene, along with their staff, are showcasing the rarely seen funeral rites of the Māori and Pasifika communities.

The show became a runaway success in New Zealand for blending the pathos of death with humor. Goes to show that working in the business of death doesn’t have to always be tragic!

The guys at Tipene Funerals are more like frenemies to each other, but are great at their job. From making sure every casket is comfortable to battling it out over the right way to scrape gum off pavement—these people plan every detail of the funeral to perfection.

“Our job finishes when the body hits the bottom of the grave or meets the fire,” is Francis’ golden line that could fit right in an Oscar-winning movie.

So, who are Francis and Kaiora Tipene? Just a couple that don’t make death seem so scary.

@tipenefunerals were invited to be part of Gateway Funeral Services Open Day yesterday in Whakatane. Blown away by so many people wanting to meet #TheCasketeers ?. Thank you to all who came to support this kaupapa and discuss funeral options with us & staff members of GFS. pic.twitter.com/YYgFL7po7W

They Met at a Māori Teachers Training College

Thirty-four-year-old Francis and 35-year-old Kaiora Tipene hail from New Zealand. Kaiora was born and raised in Kaitaia, while Francis is from Northland, Pawarenga.

They met at Te Wānanga Takiura o Ngā Kura Kaupapa Māori o Aotearoa, which translates to the Māori Teachers Training College. Their common love for their culture was a factor in bringing them closer.

Between the two of them, they are parents to five boys, one of them being Francis’ son from a previous relationship. They’re going to be parents for the sixth time in 2019. But despite attempting old wives’ tales tricks to have a girl, their sixth kid is a boy, too.

Francis, by his own admission, is not the most present father. But he praises his wife for being a wonderful mother. Nonetheless, he makes sure the entire family has quality time together when they can.

They Are Certified Funeral Directors

Kaiora has multiple degrees as a teacher and taught at a school. Francis was also an educator in local social services.

The two were very active in helping out at funerals in their community, and it was natural for them to support bereaved families. But Francis wanted to consider making a career out of it.

He eventually got a job at a funeral home, while Kaiora was reluctant to join her husband. Taking things slowly, he would sometimes ask her to lend a hand on the job. And bit by bit, she became more receptive to the idea of working in funeral homes.

They eventually opened their own funeral home. After more than a decade in the funeral industry, they graduated with diplomas from WelTec’s Funeral Director course in 2017.

The Casketeers premiered in New Zealand in early 2018. While the Tipenes welcomed the idea, the hardest part was getting bereaved families to allow the funeral procedure to be filmed.

Francis recalled asking permission from a man who lost his daughter. “He grabbed my hand, man to man, and said, ‘If it’s going to help other people—yes.’ I cried. They were such a beautiful family, allowing us to share such an intimate time. We took her body home without a casket to enable her children to cuddle her. The camera crew were very discreet.”

The show not only takes the dread out of death, but also highlights Polynesian cultural traditions like Māori funeral rites. Francis notes that when he decided to join the industry, Māori funeral directors were rare because many were afraid of messing up any sacred rite.

But now, seeing his culture in “full force” is his favorite part of the job. And he also livens up the workplace while he’s at it.

Francis is a clean freak and wants things done a certain way. Kaiora, who didn’t warm up to the funeral business at first, pretty much does everything at Tipene Funerals now. And it’s a good day if Francis doesn’t get in her way.

Francis tends to get under the skin of Kaiora and their other employees. “Let’s not confuse how much I love her with how much I don’t like working with her,” he said about his wife.

On The Casketeers, you’ll watch him pick silly fights with his employees, particularly Fiona. At the same time, he brings hilarity to the series with his attempts to live long and healthy. Nothing can be more life-affirming than a funeral director trying to live longer and entertaining us while doing so.

The Casketeers season 1 will be available for streaming on Netflix on Friday, December 21. Season 2 will premiere in its home country in January 2019.  There might be a little wait before it comes to Netflix USA, but it looks like it’ll be worth your while.