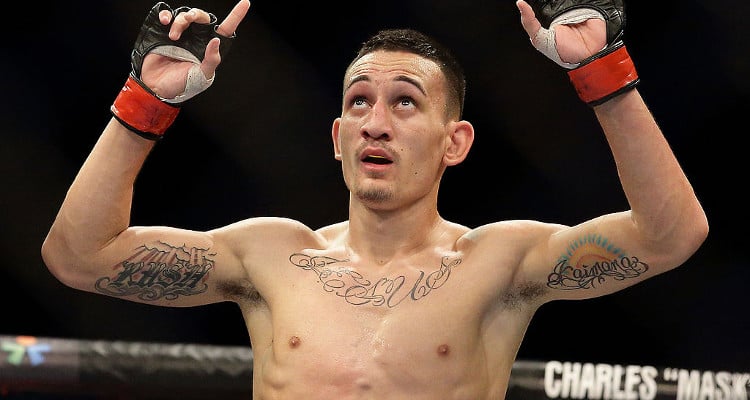 Mixed martial arts is a violent sport where you have to be lightening fast and be able take a heavy dose of pain. Max Holloway is one of the superstars of this sport. He is remarkably close to winning the featherweight title and is training extremely hard for it. Outside the ring, he is a family man who loves playing video games.

What sport requires you to move lightening fast and have the courage to take on a lot of pain? That would be mixed martial arts (MMA), which is getting more popular by the day. It features some really interesting and entertaining characters like Max Holloway and Conor McGregor. Max Holloway is an American mixed martial artist, who is also known by his nickname “Blessed.” He currently fights in the featherweight division of the Ultimate Fighting Championship (UFC). As of June 2016, he is third in the official UFC featherweight rankings. Holloway is in the news because of his fighting record and his Max Holloway vs. Conor McGregor controversy. We are going to tell you some interesting details from Max Holloway’s wiki right here.

Holloway went to Waianae High School in Hawaii, where he developed an interest in kickboxing. Holloway does a lot of training with tactical strength and conditioning with his coach. Holloway started fighting at a young age and had a 4-0 record by the time he was 19 years old. He is known for his ability to incorporate a wide range of flying and spinning kicks, knees and elbows into his fights against highly ranked opponents. Holloway made his debut in the Ultimate Fighting Championship in February 2012, and since then, delighted both fans and critics with his striking ability and raw passion. Max Holloway’s record in the sport now stands at 16 wins and only three losses. He has won six of these fights by knockout.

Fighting for the Title

There has been some controversy in the UFC regarding the featherweight title. Conor McGregor is considered the best fighter in the world today, but he was stripped of his title because he did not defend it, naming Jose Aldo the featherweight champion, despite having lost to McGregor. An interim title was created by the UFC, and now there will be a fight between challenger Holloway and veteran, Anthony Pettis. The winner of this interim title will fight Aldo for the UFC featherweight title. Holloway isn’t taking things lightly. He will go into this fight with his guns blazing.

Despite his ferociousness in the ring, Holloway is a softy in his personal life. Max Holloway’s wife is Kaimana Paaluhi, and is from Oahu, Hawaii. Paaluhi is a model and former child actress. Holloway and Paaluhi have been together for many years, and tied the knot in 2012. They are the proud parents of an adorable, healthy boy. Information on Max Holloway’s net worth is not available, but he earns a whopping salary of $260,000 per year. If he beats Pettis and then Aldo to win the UFC featherweight title, his net worth will skyrocket! 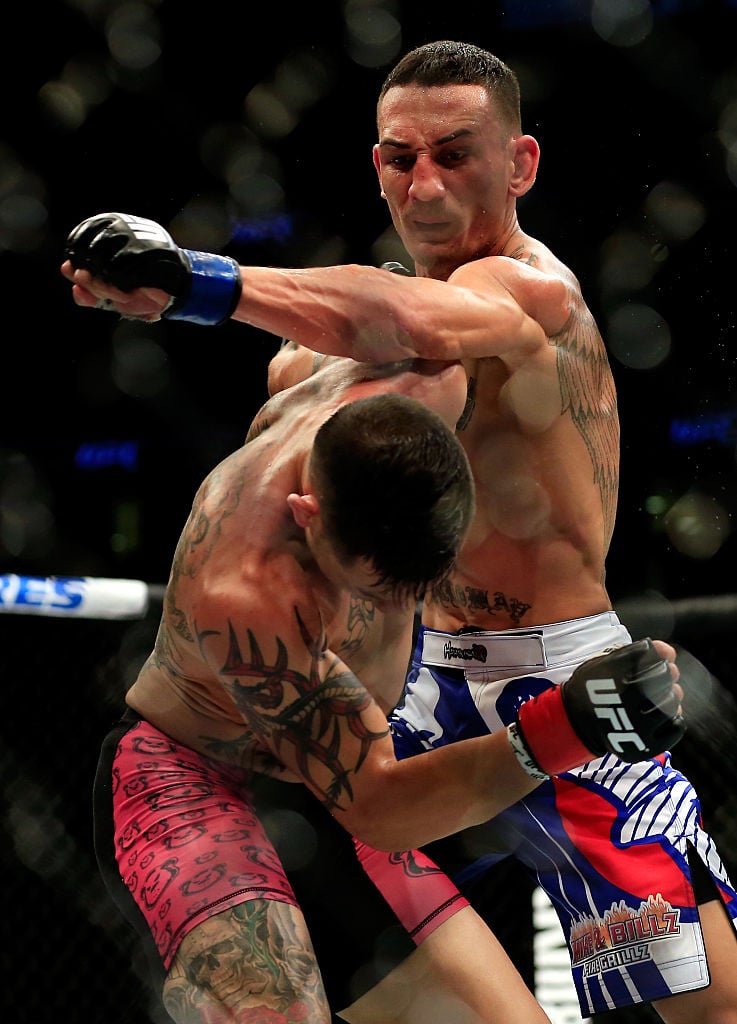 Holloway loves playing video games and loves the video game streaming service ‘Twitch,’ which he uses under username “blessedMMA.” However, it’s no game for Holloway or his opponent once Holloway gets in the ring. Holloway inflicts ripping pain on his rivals in the ring, and takes a beating too. The sport of mixed martial arts is exciting and bloody, but still gains new fans every day. Holloway is one of the stars responsible for this surging popularity. If you want to see grit and guts in a man, go out and watch Holloway fight.