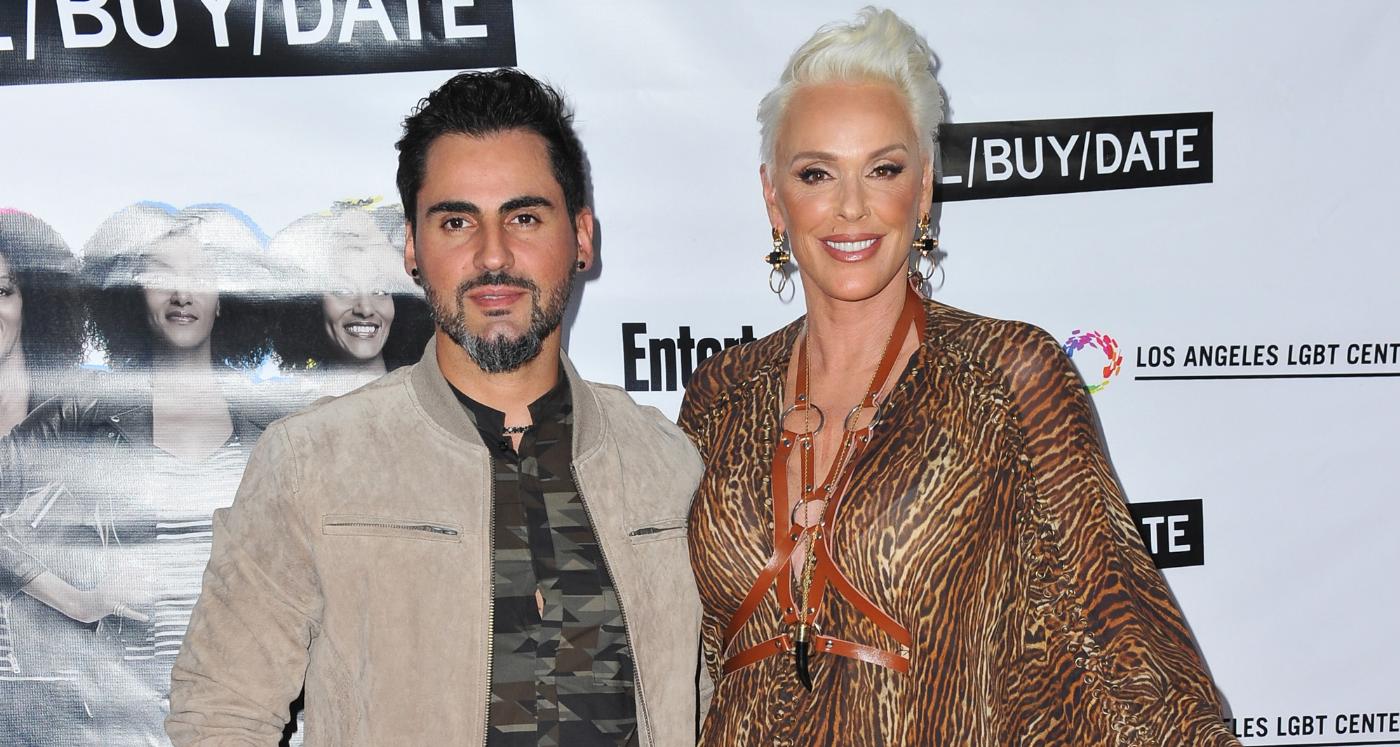 Actress Brigitte Nielsen is expecting baby number five with husband number 5, Mattia Dessi. This will be the first child for Dessi who has been married to 54-year-old Nielsen for 12 years now. But who is Mattia Dessi? Here’s what you need to know.

Mattia Dessi became a known face to be public because of Brigitte Nielsen and his 2005 appearance on VH1’s reality show, Strange Love. In case you missed it, the show originally documented Nielsen’s relationship with Flavor Flav, who she was with for over a year in 2005. It was on this show that she began her relationship with Dessi, and after much drama (and being torn between Flav and Dessi), she decided to stick with Dessi.

Since then, despite controversy for their difference in age (and in height), the two have been madly in love. They have been happily married for almost 12 years now and are over the moon for the arrival of their first child together. That’s right! Brigitte Neilson just revealed that she is pregnant!

Mattia Dessi was born on October 22, 1978, which makes his age 39. He was born in Iglesias, Sardinia, Italy, and he stands at just over 5’6”. (Keep in mind, his wife is over six feet tall!) Not a lot is known about Dessi’s childhood or his education. It looks like he prefers to keep his personal life and history very private.

The Start of Mattia Dessi and Brigitte Nielsen’s Love Story

As mentioned earlier, their love story has blossomed beautifully, despite the haters who didn’t think it would last. According to an Italian news report, Dessi and Nielsen met each other for the first time in 2004 in a hotel in the city of Lugano in Switzerland. At that time, Dessi was working as a waiter in a hotel.

In fact, Nielsen revealed that they got intimate with each other shortly after they first met. Nielsen said that the first time she laid eyes on him, she thought to herself that he’s very “pretty.”

Who's getting on festivity mood? #me #brigitte #nielsen #holiday #christmas #goodmood

At the time, Dessi was 25 years old and she was 40. She further explained that they made an appointment to meet at his apartment and they had sex, all night long. When Dessi was asked about his thoughts on Nielsen discussing their sex life, he agreed that it happened a bit quick, but that he is happy with their sex life, and happy that she is so happy.

Mattia Dessi and Brigitte Nielsen Got Married In 2006

Their relationship moved quickly and the couple got engaged in 2005. At the time of their engagement, Dessi was 26 and Nielsen was 41. On February 21, 2005, Dessi and Nielsen organized a wedding ceremony in the Dominican Republic. But the nuptials were not legal because Nielsen’s divorce was not finalized with her former fourth husband, former race car driver, Raoul Meyer.

The couple got married on July 8, 2006, at the five-star Radisson SAS Golden Sands Resort & Spa in Malta. Her manager had commented on their relationship, saying she was so happy like a little child again.

Dessi and Nielsen’s age difference is 15 years. But, the couple feels they are a perfect match for each other. In fact, in an interview Nielsen explained that Dessi is actually more mature than her mentally. She further hopes that he will still love her when she is 60 and he is 45.

Years ago, talking about their relationship, Dessi said, “Today, the relationships between mature women and young men are very frequent, and the important thing is that there is an understanding of interests and they are good with each other.”

Recently, Nielsen took to Instagram and posted a photo of holding her baby bump. She is pregnant with her fifth child and Dessi’s first kid. In the caption, Nielsen wrote, “family getting larger.” Currently, the couple resides in Palm Springs.

Dessi was a former employee of Sàfilo di Longarone. Dessi had moved from Belluno to Lugano and started working as a waiter. Soon after, Dessi started dating Nielsen, and he gained popularity.

Furthermore, Dessi became more famous when he appeared on the show, Strange Love in 2005. The reality series showed the turbulent relationship between Nielsen and rapper Flavor Flav. At the end of the show, Nielsen ended her relationship with Flav and decided to be with Dessi.

Additionally, Dessi is famous for Gitte Talks and Celebrity Rehab with Dr. Drew. He has made appearances on Mein Mann kann, All Star Mr & Mrs, From Old to New: Brigitte Nielsen in the Beauty-Clinic, 66th Grand Prix of Monaco, and Flavor of Love.