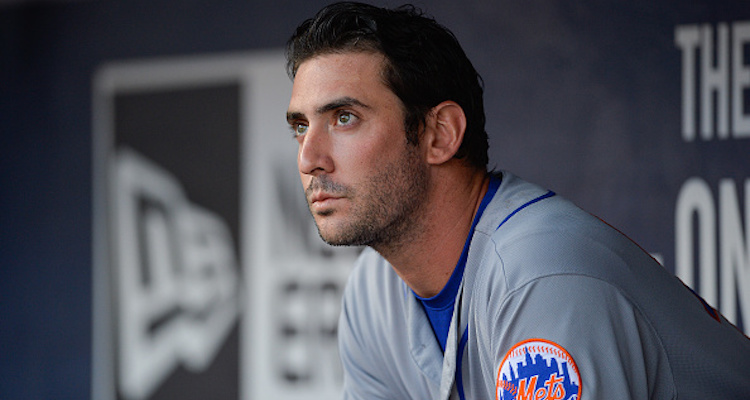 Another day, another scandal —and it’s not even Thursday yet! Baseball fans all over want to know one thing today: Why was Matt Harvey suspended? There have been a series of Matt Harvey rumours going around lately and like most rumours, none of them are good. If you want the rest of the story, then keep reading our Matt Harvey wiki.

What Did Matt Harvey Do?

What got Matt Harvey suspended for three games? The short answer is pride, but it can take on many names. Harvey flew too close to the sun and eventually got burned, but many are blaming the suits that run the Mets for enabling Harvey’s behavior, and the questionable optics it would bring. What else can you expect form the rich, young, and famous? Some would expect better, while others aren’t that surprised. Matt Harvey’s salary is estimated to be $4.0 million and that’s a lot more than what most people will see in their lifetime. This time, the star pitcher failed to show up to Saturday’s game. Normally, when a regular 9 to 5 employee fails to show up, it’s only the company that notices, not the world. But unlike regular jobs, baseball teams have the power to do a little more when you’re a no-show for your shift. It’s going to be a long road before the Mets get back to where they want to be, and they’re probably missing the drama-free days.

Is Matt Harvey Filing a Lawsuit?

It’s possible that the star pitcher might file a grievance to appeal his three-game suspension and we wouldn’t be surprised if he does, either. The reason for the suspension is unclear, but Harvey hasn’t been on his best behaviour and it’s likely due to a series of things that have built up, as opposed to one incident. Mets fans were hoping that Harvey would be ready for the next game, but instead, he got slapped with a dose of reality and the reality was that Harvey had been suspended since Saturday. Some rumours said he missed the game due to a migraine, while others said that he was acting out and his diva ways finally caught up to him. What good is a star player if he can’t be there for his team? It’s unclear how Matt Harvey’s contract will look in the future, but many are expecting him to file a complaint against the team’s decision.

Harvey has 183,000 followers and even has the blue badge of authenticity to go with it! He may sound like a guy you wouldn’t particularly like, but when you look at his posts you’ll come to learn that he’s very philanthropic and will give up his whole day to spend time with children. He’s also a proud uncle to two nieces and can even be seen holding a friend’s baby, making him look like a hopeful father to Matt Harvey’s girlfriend, whoever she may be. There’s no post on his three-game suspension or what he plans to do next regarding the incident. All fans can do now is wait, and hope both sides can come to an agreement that doesn’t hurt the team in the long run.