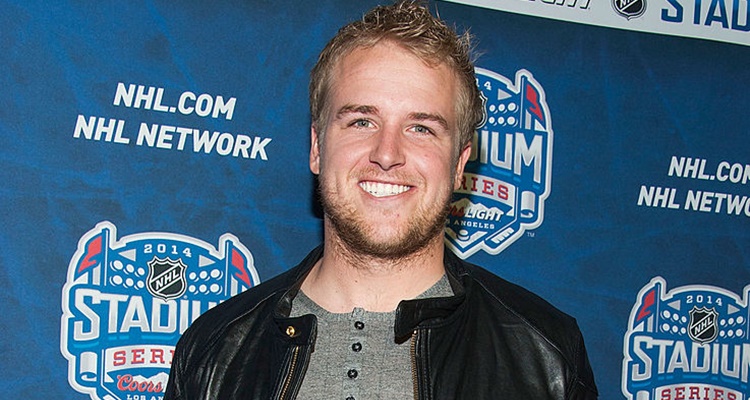 Matt Barkley, who hasn’t thrown a pass in regular-season NFL since 2014, got his quarterback debut on Thursday night! Here’s everything you need to know about the Chicago Bears’ new quarterback.

The Chicago Bears lost two veteran players, Brian Hoyer and Kyle Long, to injuries on Thursday night. To replace Brian Hoyer, the Chicago Bears brought in third-string quarterback, Matt Barkley. Barkley was elevated from the practice squad to active status for the team on September 22, and he hasn’t played in a regular-season NFL game since 2014! That’s why the 26-year-old’s promotion is making headlines. Now, NFL fans want to know about his career stats, as well as his high school and college career. Here’s Matt Barkley’s wiki, including information on his contract, his high school, and college life.

Here are some must-know facts about Matt Barkley.

The third-string quarterback signed a one-year contract with the Chicago Bears, that ensured him an annual salary of $600,000. It’s a big step-up from the $28,800 annual salary that he had when he was on the Bears’ practice squad. 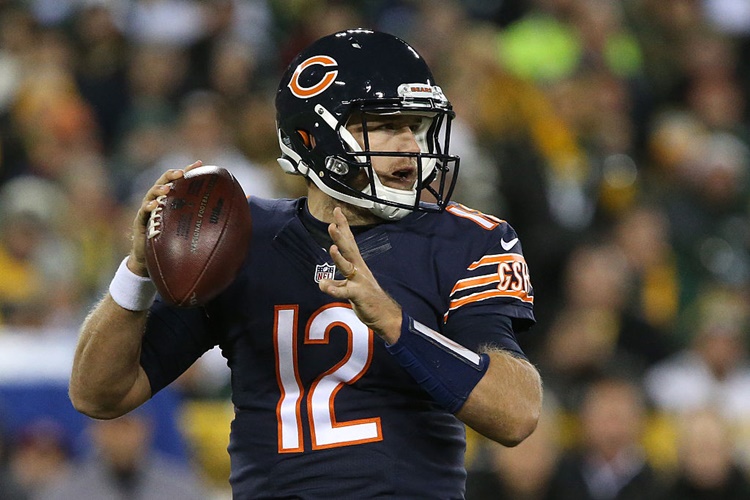 He hasn’t had much active NFL game time since 2014. Therefore, his recent stats have been lacking. Before the Chicago Bears, he played for the Arizona Cardinals and the Philadelphia Eagles. His first NFL game was on October 20, 2013, as the quarterback for the Eagles. His stats from his time with the Eagles are as follows:

2) He was the First Freshman Quarterback at his High School

Barkley was the first freshman quarterback in decades for Mater Dei High School in Santa Ana, California. The only other Mater Dei alum to be a starting quarterback in their freshman year is former L.A. Raiders quarterback, Todd Marinovich. As a freshman, he passed for 1685 yards and made 10 touchdowns, but suffered a season-ending injury in the quarter finals.

Barkley certainly showed the makings of leader early on in his career. His coach allowed him to call plays— something no other Mater Dei player accomplished for two decades. Barkley was the first non-senior to win the Gatorade “National Player of the Year.”

Barkley was sought after by many colleges and many thought he’d join UCLA. However, he verbally committed to enrolling in The University of Southern California, and made his decision official one year later. Barkley’s father, Les Barkley, was an American water polo player at USC.

When Mark Sanchez was drafted in the NFL, Matt replaced him as the starting quarterback for the USC Trojans. His remarkable performance impressed his coaches, and NFL Draft Analysts. He was also lauded as the top pick for the NFL draft! However, in subsequent seasons, he was sidelined due to repeated injuries to his shoulder.

Barkley had opted to skip the 2012 NFL draft, and instead returned to play another year at USC. He reportedly informed his coach of his decision to play his for the Trojans in his senior year, by gifting him a handmade Christmas ornament with the words “one more year” written on it.

4) He Married his Childhood Sweetheart

Barkley met his future wife, Brittany Langdon, when they were five years old, and they began dating when the two were 16. The couple married in July 2013, and their son, John was born in the summer of 2015.

A beautiful, stormy Lake Michigan! Couldn’t have walked the beach without our killer @bobgear/@britax setup.. Great day with the family pic.twitter.com/jFmcRJ65vh

Langdon is also an athlete in her own right. She was the midfielder for her University’s women’s soccer team, but didn’t get to play much because of injuries.

Barkley’s parents started the “Monarchs For Marines” program, through which Mater Dei high school students, coaches, and parents volunteer to renovate the youth areas of the Marine Corps Base Corps. Barkley also does his part for the volunteer group, and frequently encourages students to stay on top of their school work.

In 2008, Barkley traveled to South Africa with his friends, where they helped out at an orphanage on Christmas. In 2010, he and Langdon traveled to Nigeria at the invitation of the group, “Go Nigeria.” The couple, their family, and friends helped orphans and widows, and even built houses. They also distributed over 1,200 pounds of food and hygiene packs. In 2012, Barkley and his USC teammates volunteered to build houses, and deliver over 2,000 pounds of supplies to orphanages and schools in Haiti.