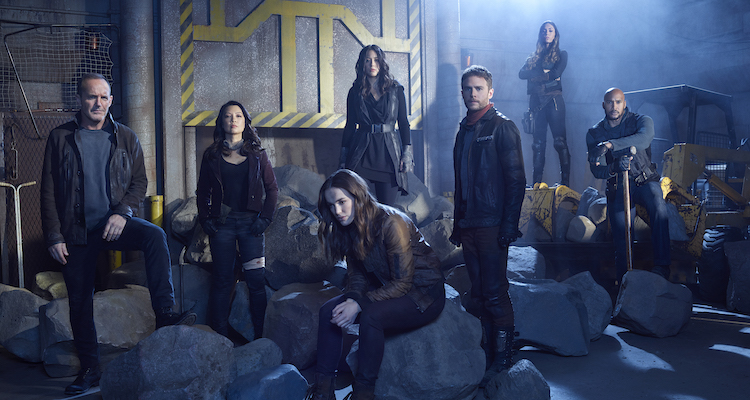 When Last We Left the Agents of Shield…

The last season of Agents of Shield had a lot going on and went into all different corners of the Marvel universe. We saw Phil Coulson and his band of agents face off against the supernatural in the first half of the season, which also introduced Ghost Rider to the Marvel Cinematic Universe. That was followed by a number of episodes where the team was up against Life Model Decoys of themselves that were hell-bent on destroying humanity. To finish up, the team got stuck in an alternate virtual reality called the Framework, a world where Hydra won. Eventually, it all wrapped up and the crew awaited their arrest by authorities when they were taken by a mysterious group instead.

Agents of Shield kind of struggled to find its footing in season 3. Season 4 was a not only a return to form but explored new ideas and areas for the show. The release of Doctor Strange introduced Marvel film and television fans to the concept of magic, and the producers of Agents of Shield ran with it. And let’s face it, Ghost Rider just looked super cool.

What’s Coming Up in Season 5?

Here’s everything we know about Agents of Shield season 5: As you can see in the Agents of Shield season 5 trailer, the team find themselves in space with a bit of intergalactic action. Given what happened at the end of last season, it doesn’t look like they’re there by choice. Beyond that, all we really know is that (according to the showrunners), season 5 is about bringing the team back together after season 4 had each of the agents on their own assignments and working on different aspects of the mission. We also know that, as part of this, some characters from the past are returning like Lane Hunter (played by Nick Blood), who we haven’t seen since season 3. Given what happened with the characters last season, there’s going to be some drama and a little getting used to working as a whole team again, but it should be fun to watch! Don’t be surprised if there’s a bit of crossover with some events from Inhumans, as well.

Congrats to these heroes on ? episodes of #AgentsofSHIELD! ???

When Can We See Season 5?