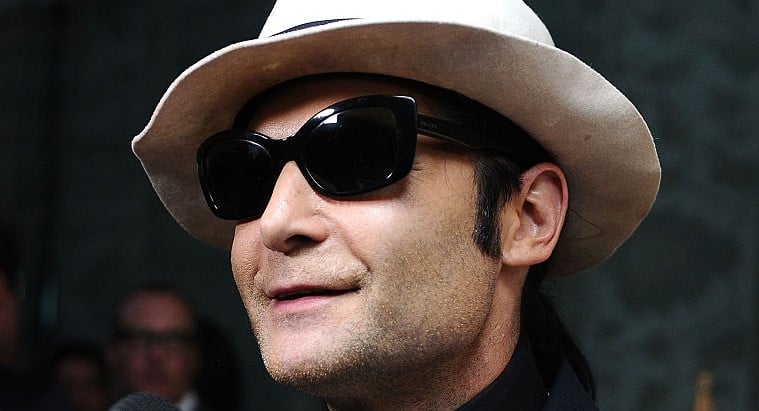 Corey Feldman has long been speaking about a ring of pedophiles in Hollywood. He has been stating for years that he has the names of Hollywood players who molested a number of child actors, including himself and allegedly his friend, the late actor Corey Haim. As of this week, Feldman has begun naming names and one of those alleged molesters was a man named Marty Weiss. Who is Marty Weiss? In this Marty Weiss wiki, we are going to explore the life of Marty Weiss, as well as the connections between Marty Weiss and Corey Feldman.

Who is Marty Weiss?

Here is what we currently know about Marty Weiss. Marty Weiss’s age is 54 years old and is a former child manager. It is unclear when Marty Weiss’s manager career began, but we do know that he formed his own management company, Martin Weiss Management in the 1990s. Weiss’s company did very well in the child actor community, as a number of his clients ended up working on television shows like iCarly, Heroes, and Good Luck Charlie, as well as films like The Muppets and Jack and Jill. The management company did well until the end of 2011.

Marty Weiss was arrested in November of 2011 for child molestation charges when a former client came forward to the police. The abuse began when the child was 11 and according to the victim (who was 18 at the time of the arrest), Weiss sexually assaulted him 30 to 40 times from a period starting in 2005 and ending in 2008. Weiss’s bail was set very high due to prosecutors fearing more victims may come forth, given Weiss’s career working with children. Weiss’s original defense at the time was that the victim seemed interested in a sexual relationship, therefore, it wasn’t abuse.

Weiss would end up being sentenced to a year in jail and five years probation, forced to register as a sex offender, and required to go into treatment. Weiss could also not be in the company of anyone 18 years old or younger without the child being accompanied by an adult. The sentence seems light due to Weiss making a plea bargain and in exchange for that guilty plea, six other charges against Weiss were dropped. At the time of his arrest, Weiss dissolved his management company, freeing all clients from their contracts.

Corey Feldman would first make child molestation accusations against Marty Weiss in Feldman’s book, Coreyography. According to his book, during the filming of The Lost Boys, his friend Corey Haim kept bugging Feldman to set him up with someone. Feldman told him to go off with Marty. According to the book:

“The two walked, single file, into the adjoining room. … I heard sounds, banging, thumping. I felt my stomach flip-flop. I felt sick”

This would be followed by a reiteration of these accusations during Feldman’s latest interview on The Today Show this week. Feldman would also go on to accuse actor and convicted sex offender, Jon Grissom as one of the other Hollywood abusers. While Grissom has denied Feldman’s accusations, Weiss has been silent on the matter.

What Does This Mean for Marty Weiss?

Due to television and films, we’d like to think that these accusations mean that something will be done and that Weiss would be investigated and pay for any crimes that he may have committed. The truth of the matter is that in Feldman’s case, the statue of limitations in California has long passed and in regards to the alleged abuse to Corey Haim, and even if the statue of limitations hadn’t been reached, Haim passed away on March 10, 2010. As for Feldman, he is currently raising money to make a film about the pedophile ring he keeps talking about, and he promises to reveal more names if he gets the funding for his movie.