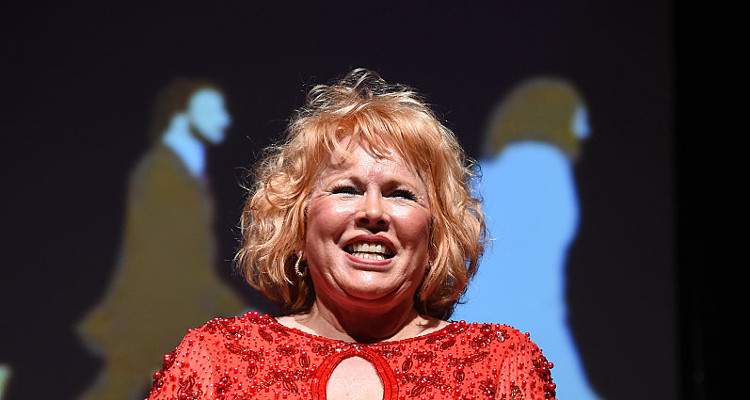 The world remembers Marty Allen as the bug-eyed comedian who had become a household name because of his ability to make people laugh. He appeared on several TV variety shows, talk shows, and game shows for several years.

Unfortunately, Allen passed away Monday night in Las Vegas at the age of 95, due to pneumonia complications. At the time of his death, Marty Allen’s wife and performing partner, Karon Kate Blackwell, was by his side.

A statement was posted on Allen’s website, which read, “With heavy heart we wanted to let everyone know that Marty Allen passed away the evening of February 12, 2018. He was in hospice care in Las Vegas, Nevada. His wife, Karon Kate Blackwell, was by his side. He passed away peacefully and did not suffer.”

Blackwell and Allen performed together for over 30 years. If you want to know more Allen’s wife, keep reading, as we have all the details you need, along with some of Karon Kate Blackwell’s photos.

Karon Kate Blackwell’s age is 74. Her father was Excell Blackwell, who was a very talented musician. And her mother, Ina Rie Napier Blackwell, was an avid reader and also a gardener.

In an interview, Blackwell explained that her mother was fond of preserving and canning food. Her mother would also milk her own cows and made her own butter.

In 1959, Blackwell graduated from the Ellisville High School and later attended the University of Southern Mississippi.

Blackwell spoke about her university days and said, “When I attended Southern Miss, I was going to major in music, but they started giving me a hard time about the way I sang, so get this, I chose elementary education.”

Eventually, Blackwell dropped out of college during freshman year. She then moved with her aunt to the “Windy City;” Chicago.

Karon Kate Blackwell hails from Ellisville, and at the age of five, she was asked her to sing in a church. She explained that her mother had always encouraged her to follow her dreams.

Talking about her childhood, Blackwell said, “Dad taught me how to play the piano when I was really little, but my mama said, ‘Nope, you are going to learn how to do this properly,’ so I started taking piano lessons and voice lessons.’”

At the age of nine, Blackwell started playing piano in the church.

Blackwell stopped her studies to pursue her dreams of becoming a singer and a musician and said, “I had a job in Chicago, I was 18 years old and auditioned for the job. I started working — singing and playing the piano. I did this for about two years — playing small rooms, events, it was the best education I ever had.”

For people who are planning to pursue a career in the entertainment industry, Blackwell said, “I would say any chance you get to perform — perform, but practice is important. I over-practiced for everything I did, but remember no matter how much you practice, nothing takes the place of performing.”

Blackwell further added, “I say never give up on your dream, if God puts a dream in your heart — you are to express it, and we are expressing God when we sing.”

Karon Kate Blackwell met Marty Allen back in the ‘80s when she used to manage a restaurant.

Blackwell said about their first meeting, “I didn’t want to go on the road and a friend had a restaurant, and that’s where I met Marty’s business manager whose office was next door.”

“One day Marty came in for lunch, and ordered a fruit salad. I went to talk to the chef about the salad and when I got back, Marty said, ‘I’ll take you instead of the fruit salad.’ He told me he liked how I walked in my dress,’” Blackwell added.

Allen and Blackwell eventually became friends and started dating each other. After dating for some time, the pair walked down the aisle in 1984.

Karon Kate Blackwell explained how she paired up with Marty Allen to perform their musical comedy and said, “He asked me to come on the stage, and once I got there, he said he couldn’t get me off.”