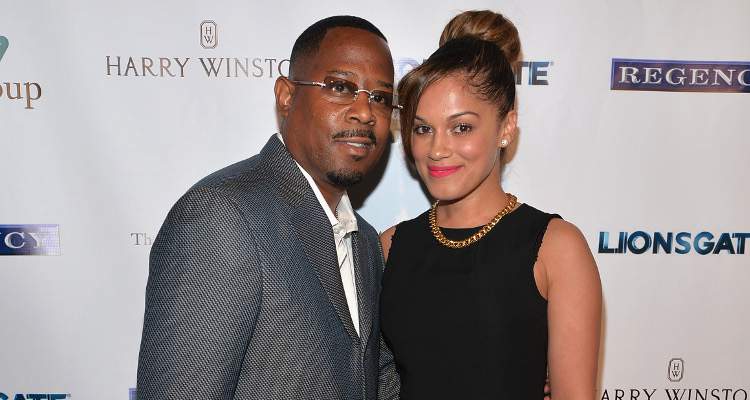 Martin Lawrence recently reunited with his former castmates from the ‘90s sitcom, Martin sparking hopes for a reboot. Martin Lawrence’s fiancée, Roberta Moradfar showed her love for her man’s lovely co-stars and perhaps, even campaigned for the reboot.

If you talk about ‘90s TV comedies, you can’t leave out Martin. Martin Lawrence had a mini-reunion with his castmates, Tisha Campbell-Martin and Tichina Arnold, and now we want a Martin reboot. They’re still playing it coy about the possible return of Martin on our TV screens. But perhaps, Martin Lawrence’s fiancée could help us out. Roberta Moradfar showed her love for her man’s popular show on Instagram, and gave fans the opportunity to demand a reboot. Because she’s so gorgeous and amazing, we’re sharing Roberta Moradfar’s wiki with you.

Originally from South Jersey, Moradfar once shared that her mother is Haitian. She moved to L.A. after earning her Bachelor of Science in nursing from Drexel University more than a decade ago.

Armed with a degree, her professional title is listed as an “Advanced Aesthetics Nurse Practitioner.” Her clientele boasts of celebrities, models, and actors. Maybe his lovely fiancée is the reason why Martin Lawrence looks frozen in time.

Heartfelt thanks to all of you, my beautiful clients, friends, and family who took the time to vote for me. I was surprised with a package from #RealSelf recognizing me as the top 5% of Most Loved Injectors!! And it’s all because of YOU!!! #iheartmyinjector #ILoveMyJob #ILoveMyClients #ILoveMyFriends #Family @realself

She’s Been on TV

Moradfar has over eight years of experience in cosmetic medicine. She worked with a medical spa in West Hollywood for years, and eventually became the head nurse and built a long list of clients.

As her bio reads, “Roberta holds a strong background in critical care, however her true passion in the art of science and beauty was the catalyst that helped transition her to becoming the talented aesthetics specialist she is today as well as a skilled laser specialist.”

Her aesthetic knowledge, expertise and skills had her invited on several TV shows. She made several appearances on The Doctors including one segment where she does a laser tattoo removal. She also had an appearance on Judge Judy.

He pushed my hand away as I was taking the pic so now he has a fivehead! #ThatsWhatHeGets #BahHumbug #MerryChristmas #StillLoveHim ?

52-year-old Lawrence proposed to his girlfriend in April 2017. Then 35-year-old Moradfar took to Instagram to announce their engagement. “I said ‘YES!’ 3.31.2017 marks a huge milestone in my life,” she captioned with a picture of her ring and fiancé.

Moradfar’s engagement sparkler reportedly comes with a price tag of $500,000. They haven’t shared any immediate weddings plans yet. Nevertheless, planning a wedding shouldn’t be hard for Lawrence, who walked down the aisle twice before.

He was engaged to Saved by the Bell actress, Lark Voorhies in 1993 but called it off the following year. He went on to marry Patricia Southall, a former beauty queen. Their daughter, Jasmine was born in 1996 before they divorced in 1997.

They tied the knot in 2010 in an intimate ceremony at Lawrence’s Beverly Hills home. Among the 120 guests in attendance, there were stars like Eddie Murphy and Denzel Washington. They divorced in 2012 and have joint custody of their children. Lawrence also sold the house where they married.

Lawrence and Moradfar aren’t walking down the aisle yet. But they look glowing walking down red carpets together. The couple recently hit the L.A. premiere of MCU’s Black Panther.

#BlackPanther movie premiere was outstanding ?? Amazing cast, beautiful crowd and the ambience was on point ???