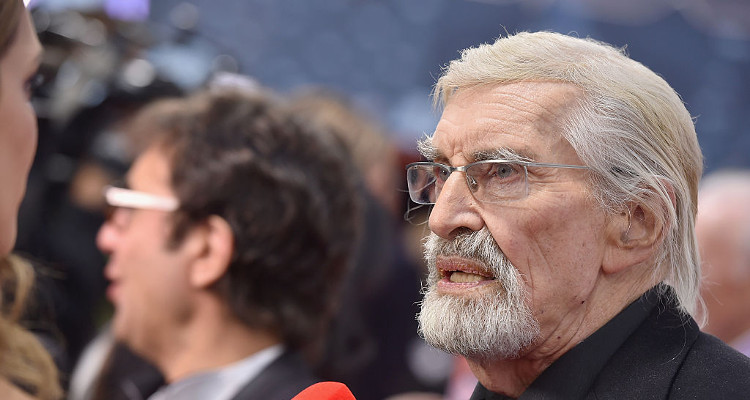 Martin Landau, an actor whose resume boasts of some of the best movies and shows ever made, passed away on Saturday (July 15). The actor worked with some of the best directors in the business, including Alfred Hitchcock, Woody Allen, and Tim Burton.

Hollywood mourns the loss of one of the best actors in the industry. Martin Landau, who made Mission Impossible popular before Tom Cruise, passed away on Saturday. The actor rose to fame with Alfred Hitchcock’s North by Northwest. His sudden passing comes right after the release of his last movie, The Last Poker Game, which debuted at the Tribeca Film Festival this past April. Read on to find out about his cause of death, and more on his family and work in our Martin Landau’s wiki.

He Worked as a Cartoonist

Brooklyn-born Landau was born to Selma and Morris Landau, a Jewish couple who scrambled to get their relatives out of Austria during the Nazi regime. After graduating from the Pratt Institute, Landau found full-time work as a cartoonist for the New York Daily News.

The publication wrote a special feature after news of his demise broke out. He worked on Pitching Horseshoes, The Gumps, and the Sunday Strip. When he was a 17-year-old high school student with a talent for art, he lied about his age to get a job at the paper. “The Daily News was grooming me to be the theatrical caricaturist, which was a great job,” Landau once said.

He’d go on to a Broadway show rehearsal and make cast drawings. He quit his job as a cartoonist at 22 to become an actor. It likely worked out a lot better than he thought and planned.

He Gave Us the Most Iconic Characters

Landau joined the Actors Studio where he honed his acting skills with James Dean and Steve McQueen. Hitchcock saw Landau’s Broadway debut, Middle of the Night and gave him his debut movie, North by Northwest. Landau played James Mason’s character’s henchman, Leonard, who was a homosexual (which was a big risk at that time). The risk paid off, making Landau a star.

After a few more supporting roles in movies, he scored his first TV role as the master of disguises, Rollin Hand in the Mission Impossible series. He signed on as a guest star in season 1 and contractually became a regular in season 2 so that he could continue doing movies.

Tucker: The Man and His Dream and Crimes and Misdemeanors earned him his first and second Oscar nominations respectively. But it was Tim Burton’s Ed Wood that finally won him the statuette for Best Supporting Actor. That was also one of the memorable acceptance speeches in the Academy’s history when Landau burst out at the orchestra’s attempts to cut him mid-speech. The same role won him a SAG and Golden Globe among many other awards.

After earning a star on the Hollywood Walk of Fame, Landau imparted acting advice as a coach to up-and-comers, Jack Nicholson and Anjelica Huston. At the time of his death, he had a net worth of $10.0 million.

He Met His Wife at the Actors Studio

Landau met his future wife, Barbara Bain, at the Actors Studio and it wasn’t love at first sight for them. In fact, they didn’t get along initially. Landau thought she was “an empty-headed model.” Bain called him “sinister,” “arrogant,” and “stupid” among other things.

A few weeks after their first meeting, they clashed at a party. Over the course of their arguments, dislike turned into something else. They talked a lot more, and Landau’s jokes made them laugh hysterically.

They dated for a while and made time between their hectic schedules to elope and get married at city hall. To appease their upset families who weren’t invited, they had a formal ceremony at a country club 10 days later.

They worked together on screen several times, including Mission Impossible. They became Hollywood’s then power couple sweeping awards as Rollin Hand and Cinnamon Carter. While Landau won a Golden Globe among his many nominations, Bain swooped three straight Emmys.

Some complications in their relationship and careers took a toll on their marriage. They apparently separated sometime in the 1980s and eventually divorced in 1993. They remained good friends and neighbors and in touch with the raising their daughters, Juliet and Susan. Susan is a writer, director, and producer while Juliet is an actress, who co-starred with her father in his Oscar-winning Ed Wood.

How Did Martin Landau Die?

Earlier this year in April, Landau attended the premiere of his last big screen work, The Last Poker Game at the Tribeca Film Festival, and celebrated his 89th birthday on June 20. His publicist released a statement to the press saying that Landau passed away on Saturday (July 15).

The actor’s exact cause of death hasn’t been reported. According to his rep, he died of “unexpected complications” after a brief hospitalization at the Ronald Reagan UCLA Medical Center. He is survived by his daughters, his ex-wife, his sister Elinor, and sons-in-law, Roy Finch and Deverill Weekes.