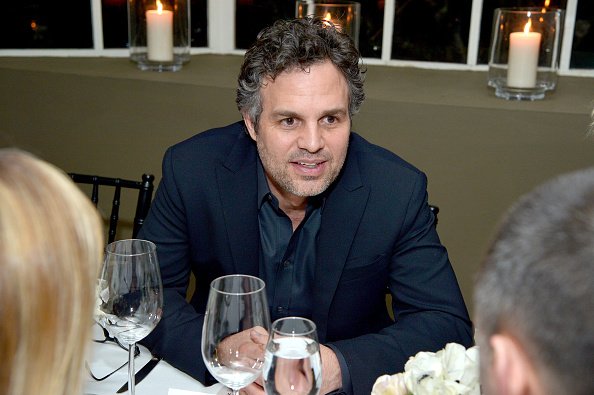 Most of us are used to seeing the Hulk raging mad, but he’s got a much a softer side, too. Mark Ruffalo, who personified the superhero in The Avengers films, shared a special message on Instagram for his wife, Sunshine Ruffalo, on the occasion of her 42nd birthday.

The former French-American star celebrated her birthday on September 17, and the doting husband shared a photograph of the two of them with two of their three children. It showed the couple’s two daughters, Bella Noche, 10, and Odette, eight, cozying up to their mother with Ruffalo in the background with his arms wrapped all three of them. Also in the picture were two sizable cakes on a table in front of them.

The message the loving husband had for his wife of 15 years was short and to the point, but still managed to tug at heartstrings. Ruffalo simply captioned the happy family photo, “Happy Birthday to Sunrise Ruffalo. So happy you were born today, my love. Thanks for all.”

Soon after, the The Kids are Alright star posted another photograph—this time it was a candid shot of the two of them posing on the red carpet with Ruffalo smiling coyly as his wife stunned in a backless, star-emblazoned gown.

In the accompanying caption for the photograph, 47-year-old Ruffalo complimented his wife, with, “Wow. What a beautiful woman. How did I end up here? Does it matter? Happy I am here,” adding that that’s precisely what he was thinking at the time the photograph was clicked.

The celebrity couple first tied the knot back in 1972 and is often spotted, even now after 15 years into their marriage, packing on the PDA on the red carpet. With more than 115,000 likes between Mark Ruffalo’s two Instagram birthday posts, fans clearly adore this celebrity couple.