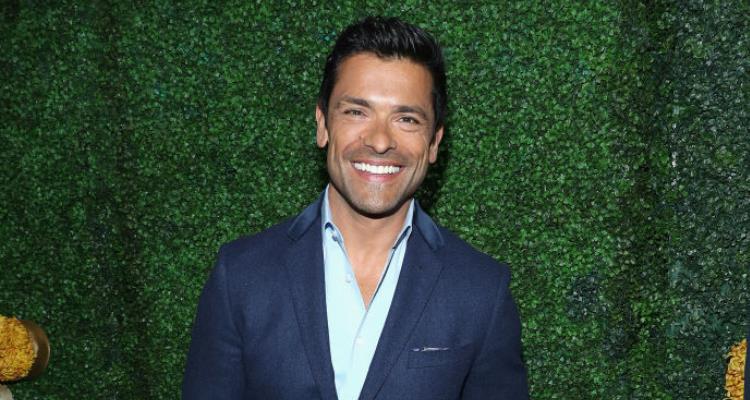 There’s a familiar face heading to the CW’s Riverdale in season 2m and it’s none other than Kelly Ripa‘s husband! Kelly Ripa and Mark Consuelos aren’t having marital issues, but his new role will see him as a father to someone else for a change! Keep reading for more details on his upcoming role.

Mark Consuelos’ age is 46 and he was born on March 30, 1971 in Zaragoza, Spain to Saul and Camilla Consuelos. His father is Mexican and his mother is Italian, and he also has a brother and a sister. He attend Bloomingdale High School in Florida and went to University of Notre Dame, before transferring over to the University of South Florida and earning a degree in marketing.

Mark Conseuelos has a net worth estimated at $40.0 million, which isn’t surprising since he’s been acting for decades. He got his start on the long-running soap opera, All My Children, and remained part of the cast from 1995-2010. It’s also where he met and fell in love with his wife, Kelly Ripa. Consuelos has been in a number of TV shows and movies, including the Starz network show, Kingdom. He also appeared as a recurring guest star and love interest for Ripa’s character on Hope & Faith. He’s also starred on Missing, Ugly Betty, The Protector, Third Watch and more.

Mark and Ripa, 46, eloped in 1996 and on May 1, they celebrated 21 years of marriage! That’s pretty rare for Hollywood, or anyone in general, really. Kelly and Mark took to their Instagram accounts (using the carousel feature) to share a few photos of their time together for their special day.

In a 2013 interview with People, Ripa said: I love everything about him, even his annoying habits.”

“He is the person I was meant to be with forever, and I think he feels the same way,” Ripa said. “We really do have quite an allegiance to one another. No matter what, we support each other in everything we do.”

The happy couple have even co-hosted on Ripa’s show and Mark Consuelos’ kids with her are: Michael, 19, Lola, 15 and Joaquin, 14.

Feliz Navidad with love from the Consuelos family. ?⛄️❄️

If you want an inside look into Consuelos’ life with Ripa and the kids, then head over to his Instagram page (instasuelos) for all the best updates and photos! The power couple can be seen with their kids or just having fun with each other.

Live! Christmas party on FLEEK! @instasuelos on FLEEK! False eyelashes on FLEEK! (Mine, not his)??⛄️⛄️

Mark Consuelos’ Night Shift days are going to have to wait, because the actor will be joining the CW’s Riverdale for season 2! He will be playing Veronica’s criminal father, Hiram Lodge. His character hasn’t been around for quite some time and there’s going to be a few daddy issues for the sophomore season of the hit CW show.

“It’s perfect casting. I’m so excited to meet him and see that relationship between Veronica and Hiram,” said Veronica’s Camila Mendes to Just Jared Jr. “Clearly there’s a lot of resentment there and he’s caused a lot of drama in season one and he wasn’t even there (laughs).” Mendes went on to add that his arrival to the show is really going to shake things up, and it seems both fans of the hit series and his new castmates have nothing but excitement for his Riverdale debut!

@caseycott and I getting a blowout….Hiram and Kevin hatching a devious plan… #riverdale