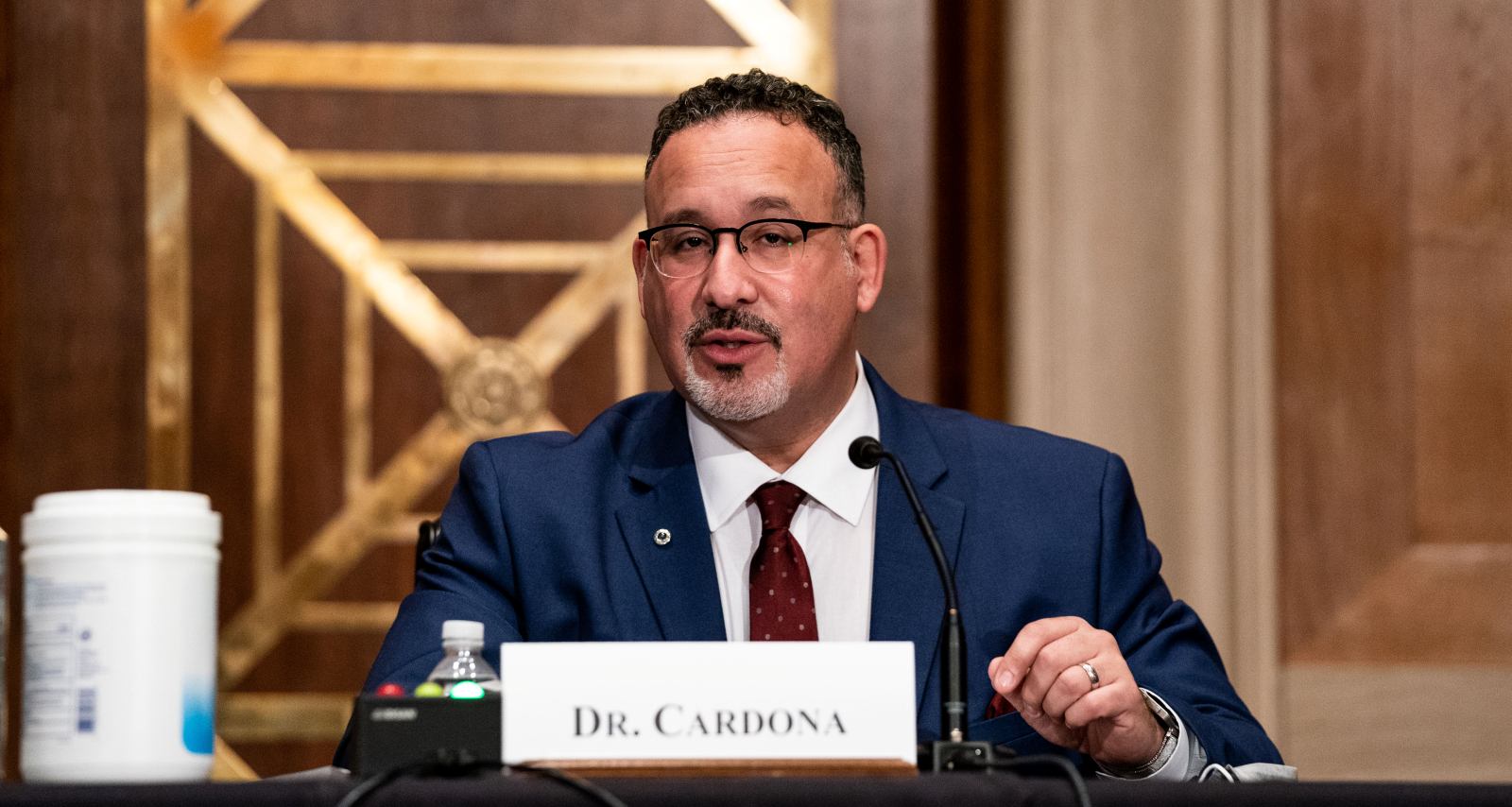 Miguel A. Cardona speaks during his confirmation hearing to be Secretary of Education. (Photo by Anna Moneymaker / POOL / AFP)

The Senate confirmed Miguel Cardona as secretary of education in March 2021, bringing the attention not only on the former Connecticut education commissioner. Marissa Perez Cardona is married to the new head of the U.S. Department of Education. They have been together for two decades, and have played a major role in Connecticut’s school districts. Cardona’s new role in the Biden administration also provokes curiosity about his wife. So, we have all the details on her in Marissa Perez’s wiki.

Miguel Cardona married Marissa Perez in 2002. They are parents to two kids, Celine and Miguel Jr. Both children attend school in Meriden where Miguel Cardona served as an assistant superintendent of schools.

Perez applied for the Miss Teen Connecticut competition, but withdrew when she couldn’t raise the $800.00 sponsorship. But when she won the Miss Puerto Rico Meriden title, the state’s Miss Teen selection committee called her to the pageant.

While at Platt High School, Marissa Perez competed in and won the title of Miss Teen Connecticut in 1995. The title came with $500.00 worth of shoes, an engraved ring, and a plaque.

Her experiences in the Outward Bound expedition and the high school’s peer advocacy program were at the crux of her platform. Perez also impressed with her talent in singing. Her talent was honed singing songs in English and her native Spanish at the local church.

Perez continued her passion for singing and performs at events. She sings both in English and Spanish.

She also has multiple roles that complement her husband’s work in the education field. As of 2020, she works in the local school district as a family-school liaison.

Perez has been a program manager at the Nurturing Families Network since 2004 and a community organizer in the Universal Healthcare Foundation since 2013. She is also a bilingual voiceover artist.

Perez began new jobs in 2020, including working in ESPN’s international soccer department as a production assistant. She is also a community organizer in the Children’s First Initiative.