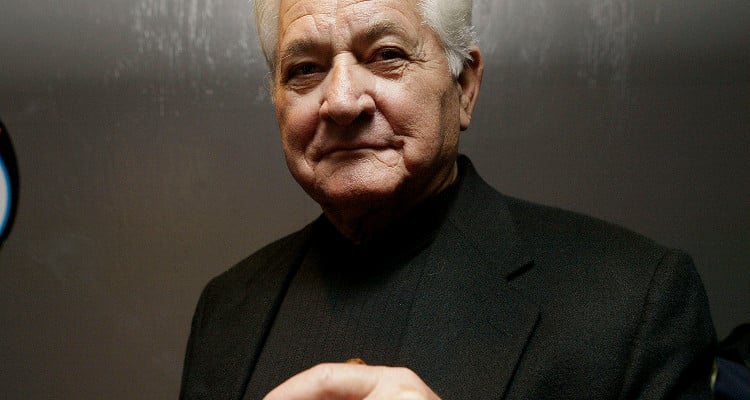 Mario Maglieri, who owned famous bars in Los Angeles, passed away Thursday. The entrepreneur hung out with some iconic rockers, and his bars are said to have played a role in Los Angeles’ music scene.

Rock legends in Los Angeles mourn the death of the King of Sunset Strip, Mario Maglieri. The entrepreneur operated LA’s most iconic establishments —The Rainbow Bar and Grill, The Roxy Theatre, and The Whisky A Go Go— which are said to have impacted the city’s music scene. His bars were a musician haven, and he famously hung out with artists before they would go on to become rock legends. Here’s more to know about this man who kept rock music alive in Hollywood in Mario Maglieri’s wiki.

While the rock ‘n’ roll genre was still in its infant stages, Maglieri founded Whiskey A Go Go in 1964. The Sunset Boulevard nightclub popularized go-go dancing and has been a launching pad for several rock bands. The Doors were the house band for a while, and Frank Zappa’s The Mother of Invention got their first record contract thanks to a performance at The Whiskey. Metallica bassist, Cliff Burton joined when the band watched his performance at The Whiskey.

The careers of System of a Down, The Byrds, Buffalo Springfield, Steppenwolf, Van Halen, Johnny Rivers, Led Zeppelin, Guns N’ Roses, Linkin Park, and Mötley Crüe took off after they graced The Whiskey’s corner stage. Many credit Maglieri and his bar for the birth of rock ‘n’ roll in LA and because of its status and historic music landmark, the venue was inducted into the Rock & Roll Hall of Fame in 2006.

Maglieri also collaborated with his partners to turn a former strip club into The Roxy Theater. The nightclub had a star-studded patronage with Neil Young performing on its grand opening. Prince, Bruce Springsteen, and Bob Marley are some of the famous acts that performed there. Though Mario Maglieri ran successful businesses in Sunset Strip, his net worth hasn’t been calculated.

One with Music Royalty

In 1972, Maglieri and The Whiskey co-founders Elmer Valentine, Lou Adler and others, started the Rainbow Bar And Grill. It used to be a restaurant owned by director Vincente Minnelli and the iconic Judy Garland. MLB player, Joe DiMaggio and Marilyn Monroe had a blind date at the restaurant.

The Rainbow’s opening was grand with a party for Elton John. It quickly became a hangout for celebrities from music, to movies, and even sports. Regulars of the establishment included John Lennon, Keith Moon, Micky Dolenz, Harry Nilsson, Ringo Starr, Alice Cooper, and Neil Diamond. Even Elvis Presley occasionally hung out here.

Mötley Crüe and Guns N’ Roses frequented the bar even before they hit it big. Slash and former drummer of Guns N’ Roses, Steve Adler were close friends of Maglieri. Slash even mentions Maglieri in his autobiography. He said that he once dressed in drag for ladies night and wanted to prank Adler by seducing him, but ended up doing the walk of shame back home with catcalls along the way because Adler was not at the club.

Motörhead frontman, Lemmy Kilmister was a good friend of Maglieri. He often played on the bar’s video card game machine. When the rocker passed away, Maglieri put up a statue of Lemmy there in his honor.

Rock stars are saddened by the passing of their good friend, Mario Maglieri. His death was due to natural causes. He was 93 when he passed away on Thursday (May 4) at Cedars-Sinai Hospital. He had been there for a few weeks because he wasn’t feeling well after breaking his hip last month. He is survived by his wife of seven decades, Scarlett, his son Mikeal, and grandchildren Mikeal, Cheryl and Gina.

The Rainbow posted a Facebook message about the passing of its founder and owner. The Whiskey A Go Go paid tribute to their late owner with a message on their marquee that read “Rest in Peace Mario Maglieri King of the Sunset Strip 1924 – 2017.”

A public memorial for Mario Maglieri will be held at The Rainbow Bar and Grill on Sunday, May 28, at 1:00 p.m.

A sad day for Hollywood and The Sunset Strip we lost Mario Maglieri owner of @rainbowbarandgrill he fed me soup as a starving musician in the 70s when I came to Hollywood . #Rip Mario I love you