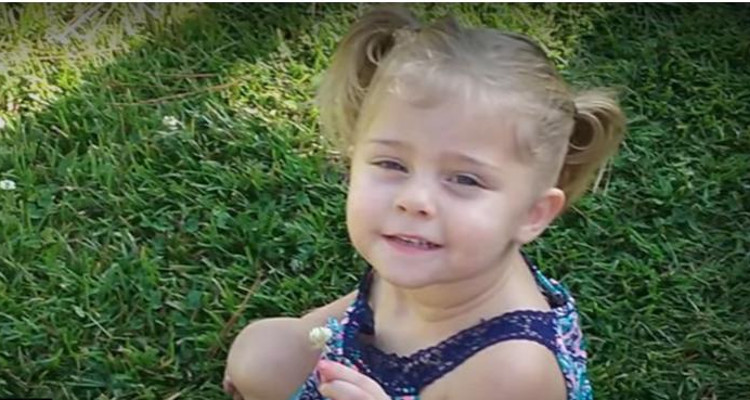 Three-year-old Mariah Woods, who was said to be abducted by a stranger last week, was reportedly found dead in a creek. The toddler’s mother lives in Jacksonville, North Carolina, with her boyfriend Earl Kimrey and two other children. Kimrey has been charged in connection with the death of the child. How did Mariah Woods die? Keep reading for more on this devastating story.

A Jacksonville resident has been arrested in connection to the death of Mariah Woods, the three-year-old girl who’s been missing since last week. Her mother, Kristy last saw her when she put her to bed on the evening of Sunday, November 26. Mariah Woods was born to Kristy and Alex Woods. Her parents were separated, but Kristy has a current boyfriend named Earl Kimrey, and now, after her body was found 25 miles from her home in a creek, all eyes are on Kimrey and he’s being detained with a bail set at over $1.0 million. Here’s what happened to Mariah Woods.

How Did Mariah Woods Die?

Details of Mariah Woods’ cause of death are still being kept under lock and key, as officials are releasing very little information about the case at this time. The toddler was reported missing on Monday of last week, and no amount of volunteers who searched for the little girl came to use.

Mariah’s mother, Kristy panicked when she couldn’t find Mariah in the house the morning of Monday, November 27, 2017. She immediately dialed 911 and even reported Mariah missing on Facebook.

The account is now disabled, but she and her boyfriend Earl Kimrey gave the statement that Mariah was abducted by a stranger. Mariah’s biological father Alex, however, wasn’t convinced with the story.

“Someone just walked right up in there, grabbed the 3-year-old out of the bed and she didn’t cry, she didn’t scream?” Alex Woods said in an interview.

He added, “Nobody heard anything? Four people in the house, two adults and two kids, someone just comes up and snatches the baby and walks out?” It didn’t make sense to him.

The baffled father hadn’t visited the girl in a year, though he had visitation rights. He said he wanted to get the child out of that house, but he didn’t have enough to afford a lawyer.

Why Was Earl Kimrey Arrested?

Stanley Meador, who is an FBI agent involved in the investigation said, “It was too late to save Mariah the moment the 911 call came in. The arrest warrants are public record and the records speaks for themselves. We will not discuss any details related to the homicide investigation.”

According to the arrest warrants, Kimrey allegedly knew Mariah didn’t die of natural causes, and that’s why he removed the girl’s body from the place of her death.

It was after the arrest of Earl Kimrey that Mariah’s body was found by divers around 5:00 p.m. on December 2, 2017, in a Pender County creek, 25 miles from where Mariah lived.

Reports say that the body is yet to be identified, but the officials are sure that it’s Mariah. In a twist, it was found out later that Earl Kimrey, 32, was earlier found charged with second-degree burglary, larceny, and possession of stolen property.

The Onslow County Sheriff said that the FBI has detained Kimrey and he is at present in custody. It had been only 16 hours after announcing the arrest of Kimrey, that they found the body of the 3-year-old who is believed to be Mariah Woods. There are people suspecting it was an inside job from within the family, but officials have done thorough research and it’s only a matter of time before Mariah Woods’ autopsy reveals exactly how she died.

Investigators believe that Mariah Woods is probably dead. She's still missing as of today, and her mothers boyfriend was arrested in the disappearance #mariahwoods #northcarolina #missing #whereismariah