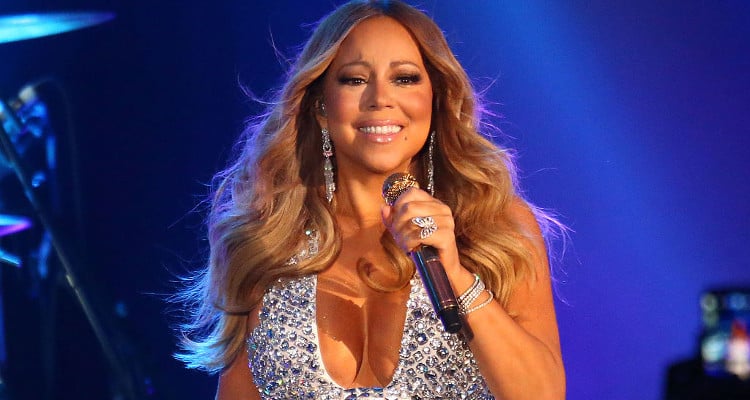 While it may have taken more than a few notes for Mariah to amass her fortune, music certainly played a huge factor. The “All I Want for Christmas Is You” singer is considered one of the highest-selling female artists in the history of billboard tracking. You don’t need to look much further than the over 200 million albums sold worldwide to certify those claims. To put that into context, Adele would have to sell 150,000 million more records to top Carey’s sales figures.

Her ginormous music revenue doesn’t end there. In 2000, Virgin Music signed Mariah to a contract worth $100 million. That made it the largest contract ever signed by a musician at the time and it was a deal that undoubtedly boosted the singer’s status as a superstar within the industry. And though that may seem like an outrageous amount of zeros, Mariah Carey was certainly worth it.

Leading up to the signing of that Virgin contract, Mariah had a string of number one albums, including her debut self-titled release in 1990. That record went on to earn four number one singles and two Grammys for best new artist and best pop vocal performance. That album went on to sell 15 million copies in its first year of release. She continued putting out albums for her Columbia label, including Emotions, which sold another 8 million records, and Music Box, which sold a ridiculous 32 million copies worldwide and gave us perhaps her most memorable single “Hero.”

Mariah couldn’t be stopped. Her unplugged album sold 3 million copies and her 1994 Christmas album went on to become the bestselling Christmas album of all time, moving 15 million units. Her follow up album Daydream became her top-selling U.S album, and produced the chart-topping single (a collaboration with Boyz II Men) “One Sweet Day,” which remained at number one for 16 weeks.

After some so-so albums and the box office bombing of Glitter (the film and its accompanying soundtrack), Mariah Carey came back in 2005 with The Emancipation of Mimi. The album debuted at number one on Billboard charts, earned her 10 Grammy nominations, and to date has sold over 10 million copies, adding a few more digits to Mariah Carey’s net worth.

That’s enough musical accolades to fill 10 careers, and it had already made Mariah a small fortune. But she certainly didn’t stop there. Mariah would then sign a licensing deal to release her own fragrance with Elizabeth Arden. That was in 2007, and Mariah has made a reported $150 million from that deal alone.

More music came in 2009 with E=Mc2. The 463,000 first week sales figure became Mariah Carey’s largest to date, and another number one album to add to her collection. She followed that up with a praiseworthy performance in the movie Precious.

The year 2012 was another lucrative one for the pop music sensation. Mariah Carey was asked to join the judging panel of the super popular series American Idol. Though her then husband Nick Cannon said even the top talent show wouldn’t be able to afford her, Mariah ended up taking close to $18 million for her time with the show. Though Carey was at constant odds with Nicki Minaj, who was one of the other judges on the panel, those millions must have made her feel better and she completed her season-long obligation to the series.

Could it possibly get any better for Mariah? Actually, yes it can, and it has. In May 2015, the singer began her coveted residency show at Caesar’s Palace on the Las Vegas strip. Running till September 2016, the series of shows (held on Saturdays, Sundays, and Wednesdays) features Carey performing all of her number-one hits throughout the years. The first leg of the residency brought in gross sales of almost $4.6 million in just one month. The second leg (July 2015) grossed $5.3 million, and the third leg (February 2016) hit $4.5 million.

Mariah Carey Net Worth Compared to Other Artists

In addition to a successful music career and a boom Vegas residency, Mariah Carey also has another big reason to celebrate—she just recently showed off her engagement ring from her courtship with billionaire James Packer. The Australian entrepreneur is estimated to be worth more than $4 billion. That means Mariah Carey’s net worth in the $500 million range doesn’t make her the breadwinner in her household—together, they’re net worth is unfathomable!

It must be nice to know that you can have hundreds of millions and not have to worry about spending it. Way to go Mariah; diva till the very end!