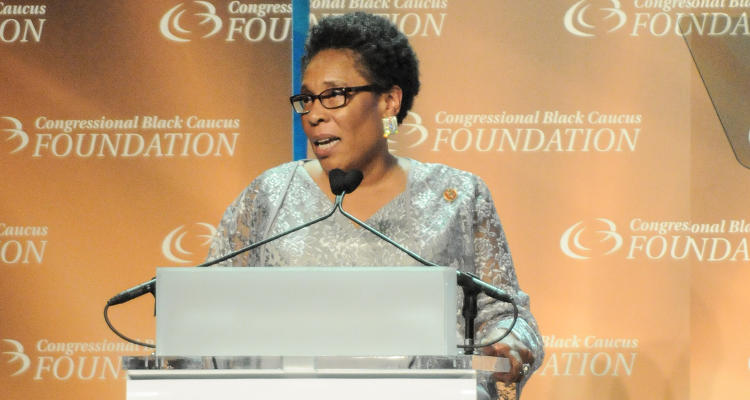 I remember President Barack Obama’s first #SOTU. Today marks his last. I look forward to listening tonight as the President addresses the nation with a message of optimism, opportunity, and promise. Will you be watching? #SOTU #sotu2016

I thank @HillaryClinton & team for recommending me to serve as the permanent chair of the 2016 Democratic National Convention. #DNC2016

When you disinvest in education, provide no places for kids to play, and offer no summer jobs, Baltimore happens. When you refuse to provide resources for job training and decent housing, and you have a lack of resources for communities, Baltimore happens. The budget we are working on this week continues to prove that the majority of the people in this House care little about the plight of the poor and underserved, and place no value on our greatest asset – our people. Our communities are crying out every day for our attention. Did what happen in Baltimore get our attention? It should have, and it did. Was it right? No. Violence is never right, but we have to hear the cries of the people in need. So, today I want to say to the Gray family and all of the people in the streets of Baltimore, I apologize. I apologize for a body that has failed you, because we could do better to make your lives better. #Baltimore #FreddieGray #CapitolHill #Congress #BaltimoreHappens

Fudge Has a Law Degree and Is a Former Mayor

Congresswoman Fudge was the first African-American and first female mayor of Warrensville Heights, Ohio. She has also previously worked as Chief of Staff for a U.S. Congresswoman. Fudge feels strongly about campaign finance reform, which she considers a civil rights issue.

Her Only Brother Was Shot and Killed

Fudge has spoken out against Republicans for not passing gun control legislation. She confessed in an interview that she lost her only brother to “gun violence.” Also, she frequently criticizes police brutality attacks against black men.

Subscribe to my YouTube channel! Watch my welcome video and others by clicking the link on my page.

She Is Single and Lives with Her Mother

The 63-year-old never married and lives with her mother, with whom she is extremely close. Fudge stated, “The best advice she gave me was simple. She told me I could be whatever I wanted to be and that if you work hard, God will bless you. Whether I was going out for the field hockey team or declaring my candidacy for mayor, she was always my compass and my confidante. She believed in me and told me I could do it. Every child has hopes and dreams and needs someone who believes in them fully and unconditionally.”

Congratulations to the #OhioState #Buckeyes on winning the first ever College Football Playoffs National Championship! Led by Cardale Jones, a home-grown talent from #Ohio’s 11th District, the #Bucks dominated the #Oregon #Ducks. I’m so proud to represent our great state today and every day! #OhioPride #OSUAlum #OSUvsORE

Fudge Is a Clinton Supporter

If voters are curious about the relationship between Marcia Fudge and Bernie Sanders, then read on. In an interview, she voiced her apprehensions about Bernie Sanders saying, “If Bernie Sanders were a real Democrat and not really an Independent trying to be a Democrat, he would allow us to pull together and coalesce around our candidate. I understand he may want to have some influence on delegates, and he can do that now. I’m not saying he’s a bad guy for staying in, I think that he has a role he needs to play, but what it costs us is time and money.”

I was honored to receive the National Alliance for Partnerships in Equity 2016 Public Policy Leadership Award. Our nation works best when we provide equal access of opportunity to everyone, regardless of their background, zip code, or race. Thank you, @napequity for tirelessly working to level the playing field for all Americans!

If you’re wondering about Marcia Fudge and Donald Trump, then let us get straight to it. Fudge is outspoken on her feelings about 2016 GOP presidential candidate Donald Trump and even proclaimed, “I don’t support bigots, and that is what Donald Trump is.”