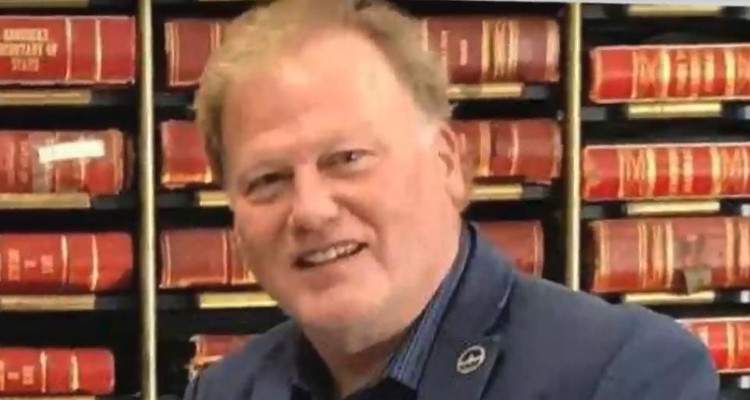 Republican politician Dan Johnson, who was accused of sexual assault, reportedly committed suicide on Wednesday, December 13, 2017. So, who accused Dan Johnson of sexual misconduct? Keep reading to know more about Maranda Richmond from Kentucky and her allegations.

On Wednesday evening, Kentucky state Rep. Dan Johnson was reportedly found dead by authorities near his car, which was parked on a bridge in Mount Washington. The police discovered a gun, so they suspect that Johnson shot himself.

Shortly before his body was located, Johnson posted what some believe to be a suicide note on Facebook. It also mentioned the allegations made by Maranda Richmond.

Maranda Elizabeth Richmond, who is now 21 years old, was a friend of Dan Johnson’s daughter, Sarah.

Richmond was also a member of his Heart of Fire church, which she was brought into by her father.

What Are the Allegations?

Richmond claims that Johnson sexually assaulted her in the basement of his home on December 31, 2012. She was 17 at the time and reported that she stayed the night after attending their New Year’s Eve party. Richmond states that she woke up to find Johnson standing over her.

The allegations against Johnson include groping and sexually assaulted Richmond, who reportedly pleaded for him to stop, but “he kept telling her she would like it.”

Richmond went to the police about the incident, but Johnson denied the allegations telling her father that he “couldn’t imagine doing that to Maranda.”

After Johnson sent her a Facebook message because she did not show up to service after the incident, she reportedly replied back, “What you did was beyond mean, it was evil. Drugged or not, I think you know what happened that night and that’s why you’re sending this message. I never thought something like that would happen to me, especially by someone like you. I looked at you as a Dad, but now I sincerely hope I don’t see you again, but I might try to maintain a relationship with your kids. And there is no point in responding to this message either because I don’t want to talk about it ever again.”