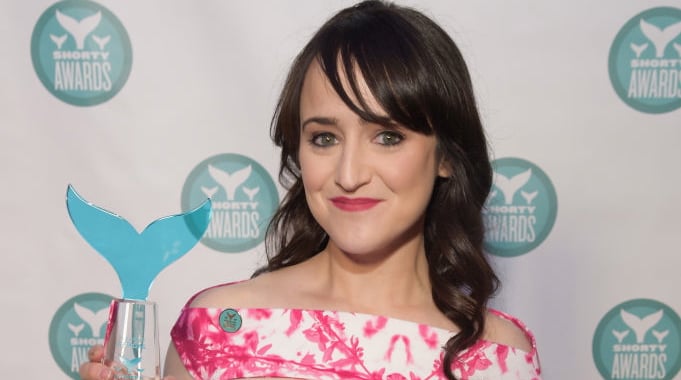 Where is Mara Wilson now? It’s been a long time since anyone has seen her on TV or in movies, but many will know her face from the classic, Mrs. Doubtfire. She was the child actress famous for playing Matilda and she’s been away from the public eye for years. If you’re curious to know what happened to her, then keep reading our Mara Wilson wiki!

Who is Mara Wilson?

Mara Wilson’s age is 30 years old and she was born on July 24, 1987 in Burbank, California. Mara Wilson’s mother and father are Suzie and Michael Wilson, who worked as an electronics engineer at CBS and NBC. She also has an older brother named Danny, who worked in a few commercials growing up. When she was 13, Mara lost her mother to cancer, which made her father overprotective.

She Begged to Be an Actress

After seeing her brother act in commercials, Mara wanted to do the same and go into what would appear to be a family business. In a letter written by Mara in The Guardian, she talked about her life and being an actress.

“My mother hadn’t pushed me into acting,” said Wilson. “We lived in Burbank, 20 minutes from Hollywood, and lots of people I knew were involved in the industry in one way or another – including my father, who worked as an electronics engineer at CBS and NBC, and my older brother Danny, who had been in a few commercials. I begged my mother to let me do the same, and before we knew it, I was cast in Mrs. Doubtfire. My parents were proud, but they kept me grounded. If I ever said something like, “I’m the greatest!” my mother would remind me, ‘You’re just an actor. You’re just a kid.’”

Like many child actors before her, Wilson learned that she no longer had the passion for the craft. She passed on many of the scripts that came her way and was eventually passed over for the ones she wanted.

“At 13, no one had called me cute or mentioned the way I looked in years, at least not in a positive way,” Wilson said in The Guardian. “My sixth-grade crush had called me ugly, film reviewers said I was “odd looking”, and a boy at my preteen day camp had said to me, ‘You were Matilda? Heh. You’ve gained a little weight since then!’ I went home and cried into a milkshake.”

She continued: “When I was alone, I could admit to myself that acting wasn’t as fun as it had once been. But I had to keep doing it, didn’t I? It was the constant in my life. My family had changed, my body had changed, my life had changed. Sometimes it felt like acting was all I had.”

Where is She Now?

Mara Wilson’s net worth is estimated at $500,000 and now she’s a writer. But don’t bother trying to look for “Mara Wilson hot pics” because she doesn’t pose on command anymore, and Mara Wilson Instagram accounts are mostly fan-made. She also had a bad experience Googling herself online many years ago and realized how perverted the Internet can really be! Now she’s an author of the memoir, Where Am I Now? The True Stories of Girlhood and Accidental Fame.