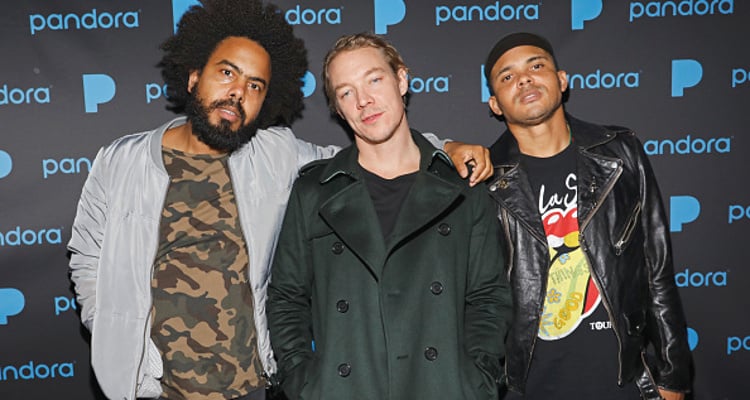 Major Lazer is back! The talented electronic trio are set to drop their new album Music is the Weapon in January 2017. Here is everything you need to know about Major Lazer’s upcoming album and songs in 2017.

Three definitely isn’t a crowd when it comes to American electronic trio Major Lazer, which consists of Diplo, Jillionaire and Walshy Fire. Riding high on the success of their collaboration with Justin Bieber on “Cold Water,” Major Lazer has broken the silence on their fourth upcoming studio album, which will feature artists like Fifth Harmony’s Camila Cabello, Sia, Nicki Minaj, and PARTYNEXT DOOR. Keep reading to find out the latest updates about the top new songs of Major Lazer in 2017, as well as upcoming songs of Major Lazer.

Music is the Weapon will Drop in January 2017

The wait is almost over for die-hard fans of the group, whose music spans multiple genres such as reggae, dancehall, house, and moombahton (a fusion of house and reggaeton). Major Lazer has been working hard on the album, and it will be produced by Mad Decent Records, the L.A.-based label that is spearheaded by Diplo. It has been confirmed that some of music’s big wigs such as Gwen Stefani, Usher, The Weeknd, Showtek, and Sam Hunt have been called in to be featured on the album, along with newcomers like Selah Sue, Tinashe, Tove Lo, Bonnie McKee, Travis Scott, and MØ. The chart-busting singles from Music is the Weapon include “Cold Water” featuring Justin Bieber and MØ, and “Believer” featuring Showtek, which have topped the U.S. Billboard year-end charts.

The lead single from the upcoming Music is the Weapon features vocals by Justin Bieber, as well as Danish singer MØ. The track was written by Diplo, Ed Sheeran, Justin Bieber, Benny Blanco, Jamie Scott, MØ, Philip Meckseper, and Henry Allen. Released to rave reviews on July 22, 2016, the song has raked in over 500 million views on Youtube, after debuting at number one on the U.K. Singles Chart. The official “Cold Water” remix features a verse by rapper Gucci Mane and includes dancehall and Euro club music influences. Here is a snippet of “Cold Water” lyrics. Check out Genius for the complete lyrics.

Everybody gets high sometimes, you know

What else can we do when we’re feeling low?

So take a deep breath and let it go

You shouldn’t be drowning on your own

And if you feel you’re sinking, I will jump right over

Into cold, cold water for you

And although time may take us into different places

I will still be patient with you

And I hope you know

The catchy number is Major Lazer’s second single from Music is the Weapon, and was released almost two months after the phenomenal success of “Cold Water.” Written by Keegan Maharaj, Lou Lyons, Muhammad Muwakil Thomas Pentz, and Showtek members Sjoerd Janssen and Wouter Janssen, “Believer” was dropped on September 30, 2016. The Dutch duo Showtek and Major Lazer have produced the electronic track which also samples vocals from the song “Good Swimma,” by the Caribbean band Freetown Collective. Check out a snippet of the “Believer” lyrics below. Go to Genius for the complete lyrics.

When the valley couldn’t hold me, they throw me in the river

Thinking I would drown, but man ah good swimmer, whoa

When the river didn’t drown me, they throw me in the fire

But the fire just cool, I could never burn, oh

Hold up, pull up

Major Lazer recently released a single for the holidays titled “Christmas Trees,” which is from Diplo’s compilation from his Mad Decent label. The chilled out holiday track features reggae artist Proteje, and is one of the highlights of A Very Decent Christmas, which comprises of 10 electronic dance music tracks that are primarily covers of classic Christmas carols and songs.

In 2015, Diplo disclosed news of a collaboration with Belgian singer Selah Sue for their upcoming 2017 album. Rumors about collaborations with pop sensations Justin Bieber, MØ, Sia, and Bonnie McKee broke out soon after. Major Lazer confirmed the news and subsequently released “Cold Water,” “Believer,” and most recently “My Number,” featuring newcomers Bad Royale, on December 6, 2016. Music is the Weapon is expected to be released in January 2017, although the official date has not yet been revealed.

Music is the Weapon Tracklist 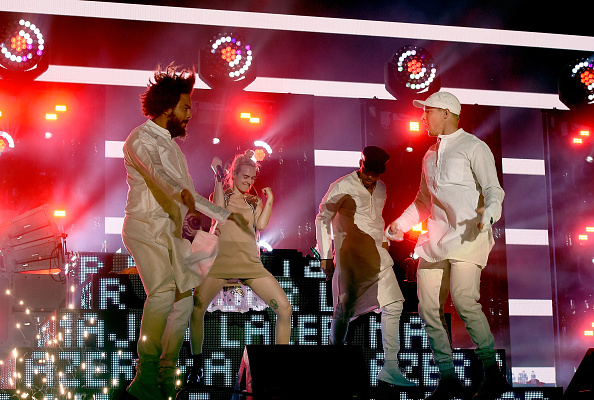