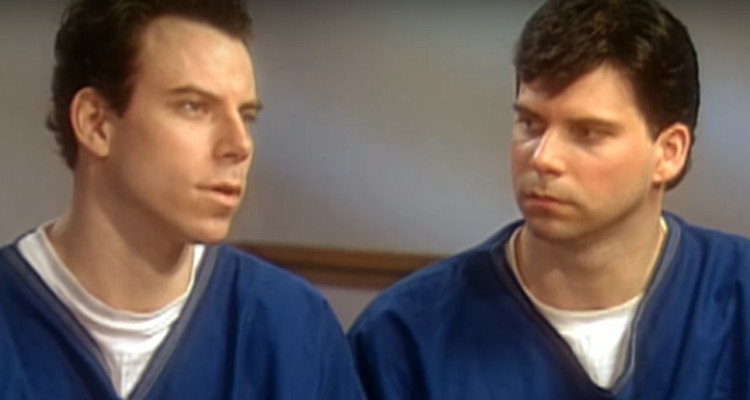 Lyle Menendez and his brother Erik were convicted in 1994 for the 1989 murders of their wealthy parents. After spending 27 years in prison, Lyle revealed that he’s now more at peace, and that one of the connections he deeply values is the one he shares with his wife, Rebecca Sneed.

Lyle and Rebecca Sneed got married in 2003 in a ceremony at the visiting area of Mule Creek State Prison in Ione, California. Maintaining a low profile after tying the knot, Sneed avoided questions about their relationship and media interviews. A lot of curious people wanted to see Rebecca Sneed’s pics from the wedding but even those were unavailable. Recently, in an interview with ABC News for their new documentary, Truth and Lies: The Menendez Brothers, Lyle revealed, “I’ve found I can have a healthy marriage that is complicated and built around conversation and finding creative ways to communicate, sharing, without all the props that are normally there in marriage in terms of going out to dinner and having as much intimate time together and so on.” It sounds like Lyle Menendez’s wife is his support system. Although Rebecca Sneed’s age is not known, we found a few interesting facts about her. We’ve got some interesting facts about her and details of where Rebecca Sneed is now.

Lyle Menendez and Rebecca Sneed Met 10 Years Before They Married.

Sneed was a magazine editor when she met Menendez. Before her, he married a former model, Anna Eriksson, who divorced him when she learned that he was writing letters to other women. Sneed happened to be on the receiving end of those letters. They got married two years after Menendez’s divorce with Eriksson. Even though California law prevents conjugal visits to prisoners with life sentences, the couple managed to maintain a healthy relationship, and their marriage has truly lasted the test of time.

There is no information pertaining to Rebecca Sneed having any children yet. Considering the lack of conjugal visits, it is unlikely that she has any with Menendez.

What Is Rebecca Sneed Doing Now?

Though she was an editor when she met Menendez, Sneed is now a civil defence attorney.

Reports say that Rebecca Sneed tried living with Erik Menendez’s wife for a brief period of time, but eventually left because the two didn’t get along. From a magazine editor to a civil defence attorney, Rebecca Sneed has surely come a long way in the past decade. While some marriages might deteriorate while facing the difficulties and restrictions prison imposes, both Lyle Menendez and Rebecca Sneed managed to maintain a strong relationship. Well, that in itself is a huge deal.