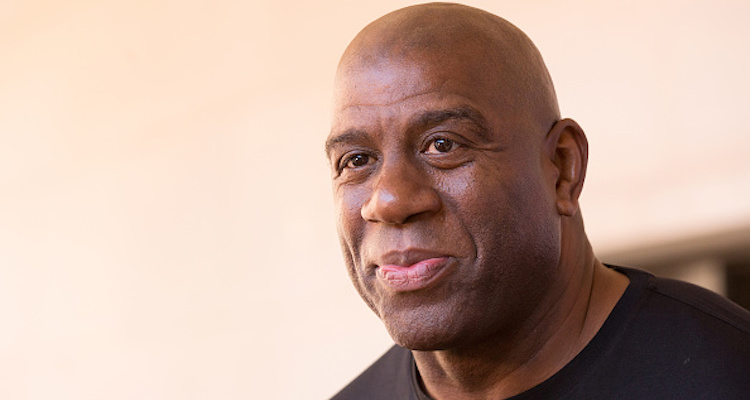 There’s a new king on the court and his name is Magic! It’s Hall of Famer Earvin “Magic” Johnson. The former basketball player is taking his skills off the court and using them in the boardroom, now that Magic Johnson is president of basketball operations for the LA Lakers.

The Magic Johnson-LA Lakers saga continues, as the former basketball champion was just appointed the position of president of basketball operations today, replacing former president of the team, Jim Buss. The Hall of Famer took to Instagram (as many do, with good news) to share the news of his newest position and captioned the post, “I have high expectations for myself, this team and our organization. The @Lakers are about winning and I’ll work hard to make that happen! #LakeShow.” In the picture, Johnson and Los Angeles Lakers Governor, Jeanie Buss appear to be in the middle of signing Johnson’s new contract. 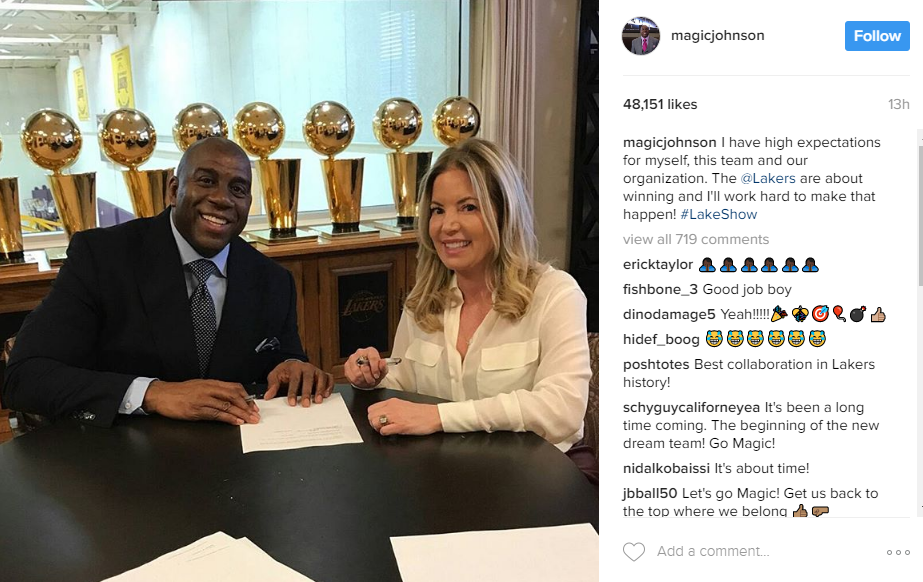 Many have been wondering if Jeanie’s brother, Jim, was fired by his own sister. The short answer is yes and in a statement, Jeanie said she probably waited longer than she should have.

“This was a very difficult decision. It was probably so hard for me to make that I probably waited too long,” said Jeanie. “For that, I apologize to Laker fans.”

This pending decision is why Jim stepped down and explains his previous statement to the Los Angeles Times, announcing his exit from the team in a few years. The team’s General Manager, Mitch Kupchak, was also fired.

Magic Johnson is ready to receive the torch. Not that he needs the money (he practically owns half of Los Angeles already), but Johnson has always loved the Lakers and the team gave him a home for 13 seasons. So, naturally, he was more than happy to give back and return to his basketball family.

“It’s a dream come true to return to the Lakers as president of basketball operations working closely with Jeanie Buss and the Buss family,” Johnson said in a statement.

“Since 1979, I’ve been a part of the Laker Nation and I’m passionate about this organization. I will do everything I can to build a winning culture on and off the court. We have a great coach in Luke Walton and good young players. We will work tirelessly to return our Los Angeles Lakers to NBA champions.”